I’m not easily distracted– “OMG!!! Shiny thing alert!” – excuse me while I just give in to my human nature. Here I am in my local café, happily trying to write an article about crazy slot machines stories when BOOM the guy next to me drops a shiny nugget (that’s a newly minted pound coin for you non-Brits out there) on the floor. 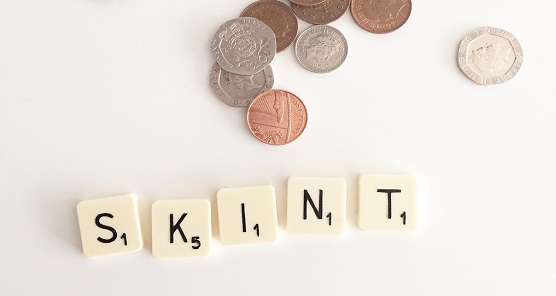 I can only describe the mental effect this produces as the inner morphing from Sméagol to Gollum – “It’s ours, it is, and we wants it! It came to me. My own. My love. My own. My Precious”. For me, it only lasts a split second and I remember, “No, it’s not mine. It belongs to that kindly gentleman buying his lunch”; I have power over the dark side…sometimes.

OK, that didn’t happen, but it definitely could have happened, and that’s the nature of humanity. Shiny things tap into some deep-seated human instinct: it’s how Pokémon got the kids hooked (for those of you out of the loop, a shiny is a much coveted and collectable Pokémon card); it’s why we sit staring at the campfire or the Milky Way; it’s epitomised in the way we cut diamonds (today, we use 3D modelling software to analyse the rough crystal. Then, we cut it in such a way that when the light catches, light shines from the apex of each join); and, of course, it’s why slot machines have such a universal appeal.

Just as we learned from Gollum, the quest for shiny things can be problematic, and that’s definitely true of the slot machines, as the following stories can testify. Let’s look at some of the biggest slot machine losers in the UK.

Meet Chris, two forces combined to make the slot machines irresistible. First, the shiny. Walking past the arcades as a child, Chris felt the lure: the lights; the zingy noises; the ching, ching, ching as the coin hopper spits out a win. The second force is the lure of forbidden fruit. While his dad played the fruit machines, Chris had to watch from afar. As soon as he could, and with the help of a fake ID, at around the age of 16/17, he started visiting the casinos, where the slots caught him in their delicate, but mesmerising web…

…over the years, Chris lost £350,000 on the slot machines. As an entrepreneur, he made a lot of money. Was it the addiction that fuelled his drive for money? Maybe. But, then again, creativity and addiction often go hand in hand, so maybe he’s just naturally gifted. His is the typical story: you play £40 to chase the £20 you just lost, only to play £80, to chase the £40. Before you know it, you’ve gambled away a decent house in a good neighbourhood.

Fortunately, Chris is doing well for himself now. He owns a house, car, all the trappings of modern life. They’re just not as good (read shiny – mmm, ironic) as they could have been. His advice to the government is to reduce the jackpot sizes. Some of them are excessive. In the UK, you can win up to £20,000 on a single slot machine; online, you can win millions.

JP Lost a Quarter of A Million

JP is another gambler that criticises the slot machine, and for very good reason. He lost more than £250,000 in 10 years. Living in London, on a good salary, with zero rent or utility bills, JP had a fantastic opportunity to create the idyllic lifestyle (there’s that shininess again)…

…alas, that wasn’t to be. For him, slot machines are the “crack cocaine of gambling” and, that’s almost correct. He lost his savings and his girlfriend, didn’t save a pension fund, and ended up sleeping in his car. The only thing he had left to lose to complete the “crack addict” hat trick was his teeth.

JP believes that the government should step up and ban machines that allow people to lose £100 in as little as 20 seconds.

Sometimes a quiet revolt happens around the slots. The human takes back their power. There’s a counterstrike against the cult of the shiny. It isn’t a pretty sight, and it’s definitely something most of us would avoid doing, but the guy in this video is clearly frustrated (Trigger warning: dirty protest in the process):

Next time you feel the lure of the flame, remember the moth’s plight, remember Sméagol, Chris and JP, but most of all, remember how you never want to be driven to doing that in public!