If you’ve looked at slot reviews at all you’ll have seen RTP. You’ll see it also on casino websites and sometimes on the games themselves.

But what is it? What do you need to know about it? What does it mean to you as a player? And how should it affect your behaviour around slots?

We’re going to tell you!

What does RTP stand for?

RTP stands for Return to Player and more correctly it means a theoretical return to player. It is expressed as a percentage, and its inverse is the house edge: add the RTP and the house edge and you should get 100%.

What does RTP mean?

RTP is a measure of how much of the money put into an online video slot game is expected to be paid back to the player.

This figure has largely replaced house edge in talking about how games function, and we think there’s a simple reason for that – it looks better.

The house edge is simply another way of measuring this prediction – this is only a prediction – but it expressed the loss rather than the potential gain for the player.

Using an RTP figure invariably gives players a higher number to read, which always looks better, and also makes them think about their own returns rather than the house edge which is phrased in a way that makes one think of what the house is taking a profit. The same figure is called the “rake” in poker, but they’re all recording the same thing. 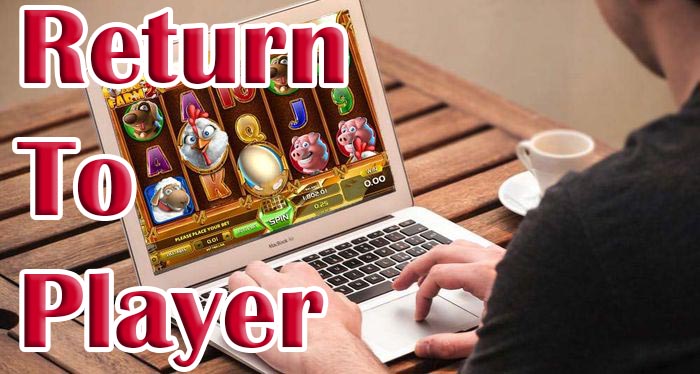 Some Examples of RTPs

RTPs on some of the top-rated games in the UK are:

This is quite a good range, and you’ll see why we tend to describe the industry average at about 96%. And a couple of those games are big jackpot games, and that can play into thee figures as we’ll see later.

RTP is a long-term measure. It is calculated for a game’s lifetime. This means you shouldn’t expect to see RTP reflected in your experience of a game in one session. In fact, you should be wary about using RTP as a predictor at all other than in very broad terms.

RTP is for the life of a game, and for all the players who play that game. That could be millions of people and billions of spins. Your experience of a game is a tiny tiny fraction of the spins that are considered when calculating the RTP.

In licensed games, RTP comes from simulating 1 billion spins, which is audited and checked. In the UK, the UK Gambling Commission is also checked in real-time as the games are operating in the real world. You can find these figures recorded on some online auditing sites. Presumably, there will be consequences for companies that don’t match predicted and actual RTPs.

Because slot games are random you simply cannot predict them other than in the very long term like this. You might play 10p in a game and win hundreds of thousands of pounds on a single spin. Or, you might put hundreds of pounds in and never win.

The laws and licensing mean games must be fair, and that means this random sequence is protected by law – each spin must be an independent random event.

What Sort of Player are you?

RTP is calculated over the life of a game, and it is also calculated on a set of assumptions that include that the player will behave in a certain way, and will make the right decisions.

A recent innovation in the slots world is RTP ranges.

These allow casino sites to set the RTP to suit them in a range set by the game maker. This is another difficulty for players.

While RTP is a very long-term and very imperfect measure it is pretty much the only one we have, so not knowing that a site is offering the top level of RTP is something that you want to know.

Where ranges are used you should be able to see what they are, and it’s down to you to shop around for the best RTP figures.

You can also let sites know what you think of them setting low RTP levels – politely please – via their customer service email.

Of course, it’s also possible for casino sites to make the most of these ranges by setting them high and letting players know.

RTPs can also be set to deliver better returns – in theory in the long-term remember – to players who bet higher stakes or who select more pay lines.

Progressive Jackpots are exceptional slots in many ways. This includes in their RTP measures, which are very often reported as being uncharacteristically low.

This is because progressive jackpots take a slice of each bet to put in a prize pot. That’s how they build up those massive figures that bring in the players.

This slice, though, acts as a tax on prizes in the main game. This usually means that the RTP for the progressive jackpot slot will be reported in two levels: one of the standard game (often around 94%) and one for the game including jackpot pay-outs, which you’d expect to be around the average.

How should you treat RTP?

As ever, our best advice is to play games that you enjoy playing and to play them for fun rather than considering money at all, other than your own budget.

Games with a higher RTP are VERY SLIGHTLY more likely to give you a better return, but it is such a long-term measure and the differences in the modern market are so marginal that it is extremely unlikely that you will notice this effect.