Whenever we see a 7 in the name of a game we get sent a signal: this game is a retro classic slot, likely to major on simple game play and big prizes, with graphics and symbols that are straight out of the 1980s hey-day or real-life slots.

And we have a Jackpot King title too, so we’re entering the world of one of the biggest progressive prizes in the world, a four-tier prize that attracts players in its own right.

7s Deluxe was already a big hit for Blueprint Gaming Ltd, the German giants, so surely sticking a huge prize on top of it is bound to make it even more popular! 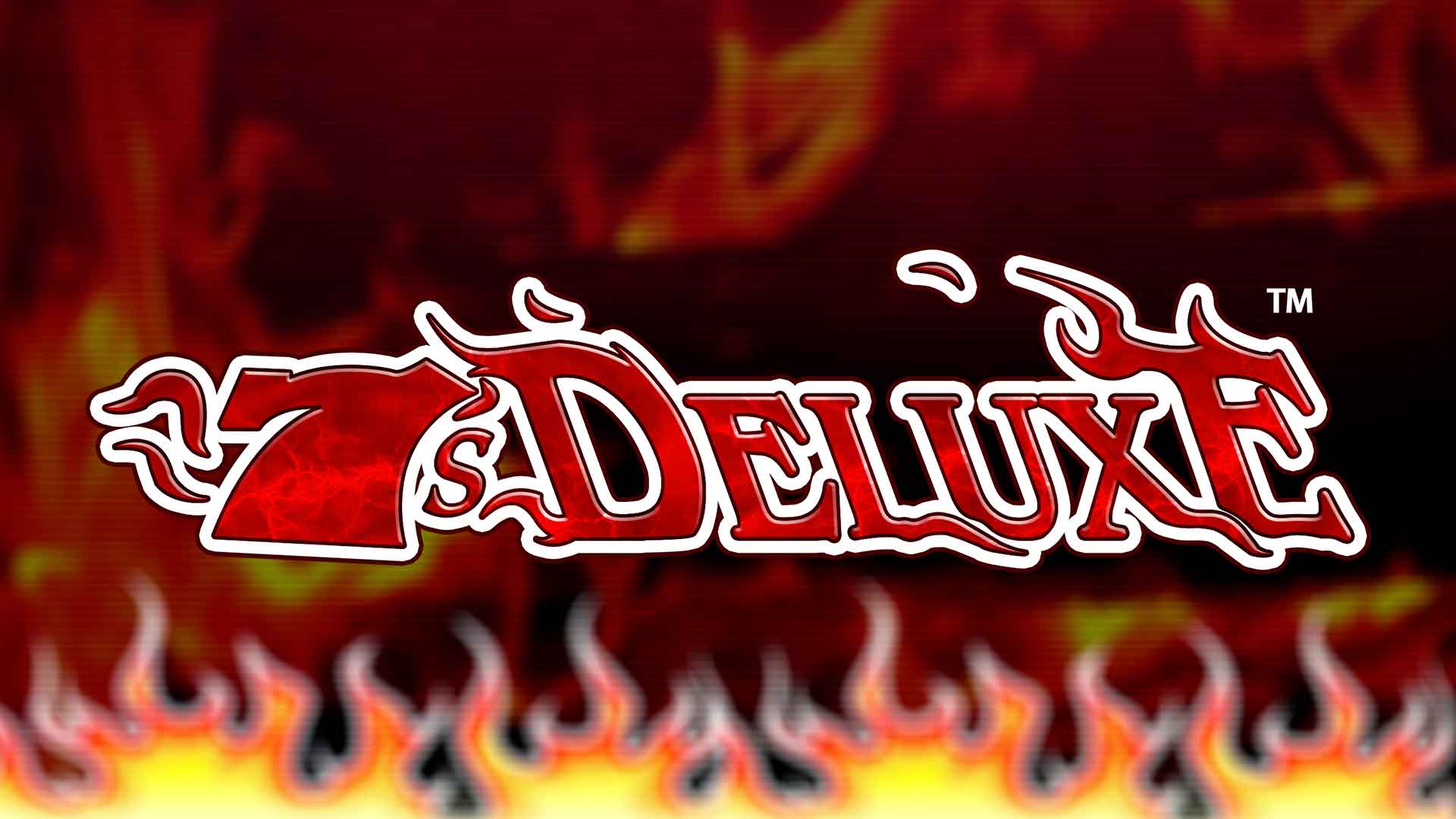 Super simple to the point of parody, 7s Deluxe Jackpot King can be explained in a couple of lines!

The base game is a retro classic slot that delivers super simple game play with a single bonus feature.

The pay table opens with fruits: cherries lemons, oranges, and plums, that all pay out 40 times stake for a full set of three.

Then bars and water melons pay out 100-times stake for a full set.

Bells and stars pay out 200-times.

Sevens pay out 500-times. And the top prize, 1250 times stake comes with the flaming 7s that substitute in for ordinary 7s.

That’s about it really. Super simple.

Then the Jackpot King game is bolted on top. This triggers at random in the base game via the Jackpot King symbol. This opens up a game that leads to one of three big jackpots. The game works on reels in which crown symbols move players up a prize ladder. At the top of that ladder, they can spin a Wheel King that awards the prize, a Must Be Won By progressive.

There’s not too much to say about 7s Deluxe jackpot King. It’s the essence of a simple slot boiled down into a concentrate. Such games are enjoying a real renaissance thanks to the growth of mobile play: players want simple games that work well on small screens.

This is exactly that. You can read the instructions in about five seconds and just get to spinning. The game is compelling, and it’s one aimed at gamblers, with its high variance, big betting variance and the chance of triggering an extraordinary Jackpot King prize.

Check out the non-progressive version released earlier the same summer if you’d like to play with a better RTP, but if you’re a big prize hunter you have to head the throne of the Jackpot King.