Trains have a bit of magic to them, throw in a load of armed men (it’s usually men) trying to offload the cash that mythology and westerns in the movies and on tv have us believing is sitting in an elaborate safe in each of them and you have an adventure on your hands.

True to its theme, the Bonus Train Bandits slot is set in the desert canyons of the old west, and the game’s big selling points are a free-spins round, and giant symbols, but there’s more than that on offer in this well-designed game with a great fun soundtrack.

There’s also an above-reel feature in the shape of a train running along the tracks, plus a bit of shoot-out action. Multipliers are the likely big-money providers for players.

Bandits are bad but trains are great, so let’s see if you should board this one and try to chuck them off it!

Ash Gaming are not one of the most well-known slot developers we will admit – no NetEnt or Thunderkick, though no doubt they have their ambitions to grow.

They have around 40 games on the market for UK players and this one is their current top title, in the top 100 for the country according to the industry audit site we like to use.

The company has been around for a while and is part of the gigantic Playtech company, an organisation that does rival NetEnt, Thunderkick et al for size and clout.

The company’s top titles, beyond this, are Suicide Squad, Chests of Plenty, Wild Gambler Arctic Adventure, and the Who Wants to be a Millionaire tie-in.

Playtech gives the company a reach beyond its size and you can expect to see more of this company wherever you play your online video slots.

The Facts and Figures of Bonus Train Bandits Slot

The theoretical return to player is 96.12%, a very fair rate in the current market. This figure is a relatively loose one as far as an individual player is concerned. It measures the amount of money that should be (if the player behaves in a particular way) returned to the player over the game’s whole life – not, you’ll note, over one gaming session.

The medium variance (also volatility) is also average, and it measures the ratio between the size of prizes and the frequency with which they are paid out.

This is a five-by-three game with 20 pay-lines that you can play on any device with JavaScript and HTML5. 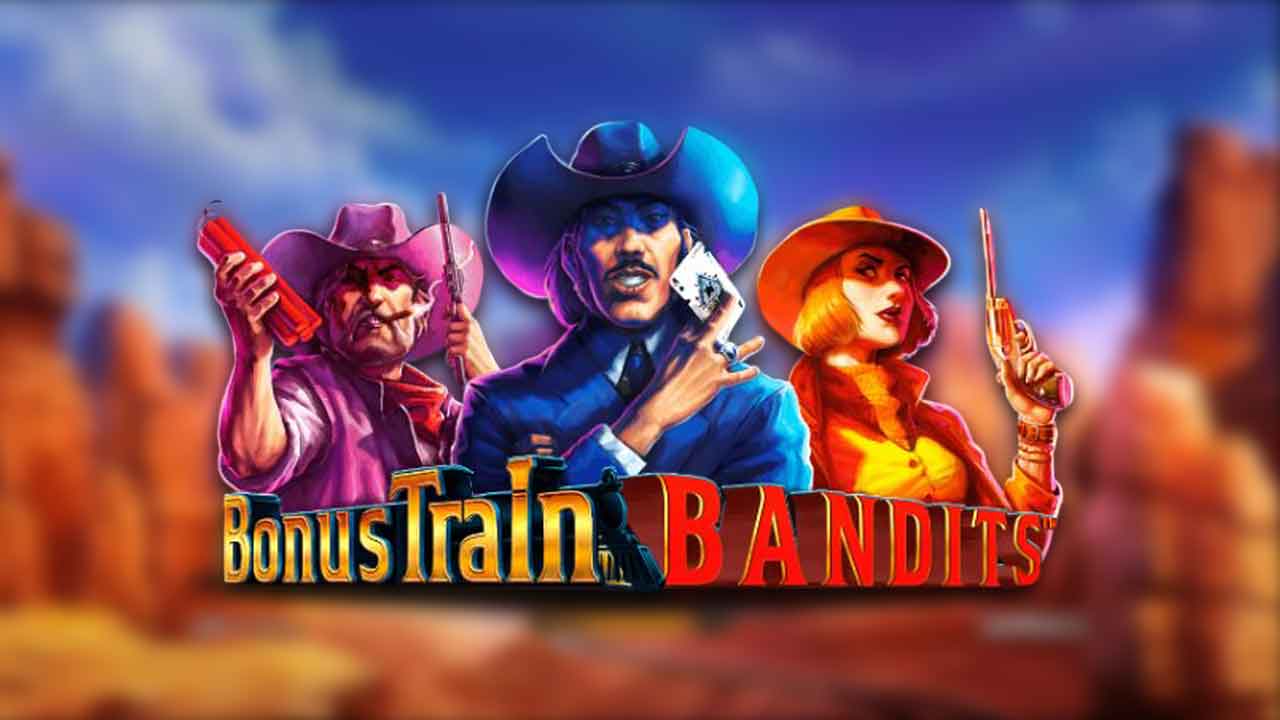 The symbols start off with card suites.

The scatter is a train that works only as a bonus symbol.

A train running along the top of the reels delivers bonuses.

Each time you spin the train moves on, and when it stops over a scatter you win what’s in the wagon.

Two pistols mean the Revolver Wilds feature, turning scatters in wilds, with extra wilds shot onto the reels by the bandit symbols.

Free spins come with a mega multiplier. These also arrive from the train, with the wagons then carrying multipliers that they drop onto the reels, going up by one on each losing spin and by 2 on each winning spin. The maximum multiplier is 40-times.

It’s possible to win very large amounts of money with this game. The multiplier feature in addition to the top prize can deliver a top prize of up to 20,000-times line stake. That’s a great top payout, though it’s not one that is likely to come up too often.

While you’re waiting for those big wins (and please stake carefully, this is a game on which you can bet big, but you don’t have to) it’s a game you can really enjoy. The western atmosphere is convincingly delivered both visually and audibly, and the game features are also true to the genre.

There’s a lot to enjoy in the base game alone, and the big variety of excellent bonus games add an extra dimension with loads of interest at all stages of the game.

We don’t do gaming strategy here, we don’t think that such things work, but we’re happy to say that this is a game it’s worth trying to play for the long haul because, alongside good value and big-win potential, it’s a damn entertaining ride. This is one heist where you should definitely be rooting for the bad guys – and gal – to get away with their loot, because that’s when you will cash in too! All aboard! 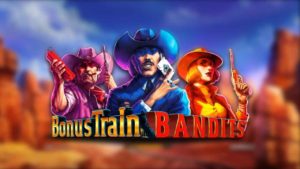