The Book of Dead slot game is not that dark, really, so don’t worry about turning off the lights or stacking up on food and water while locking yourself in your room. The scarier games out there make this look like a Disney movie in comparison…Let’s find out more in our Book of Dead slot review!

What game provider developed the Book of Dead slot?

Book of Dead slot is one of the most popular Egyptian-themed slots and is developed by Play n’ Go.

When was Book of Dead slot released?

This popular and evergreen slot was released back in January 2016 and it stills enjoy huge popularity among players.

What is the Book of Dead RTP?

The theoretical return to player rate of the Book of Dead slot is a bit below the average and stands at 94.25%.

Book of Dead slot comes with a classic reel structure. There are 5 reels, 3 rows, and 10 pay lines. To hit wins you need at least three matching symbols on an active pay line starting from the leftmost reel to the right.

The theme of the Book of Dead is Ancient Egypt. There are so many slots with this theme, but Book of Dead is still number one and players keep coming back to the pyramid chambers of this slot machine.

Yes, you can play Book of Dead slot on your mobile device as well as other devices such as desktop, tablet, or laptop.

What is the Book of Dead variance?

Book of Dead slot is popular due to its high variance and big winning potential in the Free Spins Bonus.

The minimum you can bet in this slot is only 1p per spin which is just perfect for low-rollers. The betting scale increases up to the max of £100 per spin which will satisfy high-rollers. The top prize in this classic slot is x5,000 the total stake!

Book of Dead slot comes with a Free Spins Bonus. To trigger the round you need three Book scatters on the reels which will award 10 free spins. Before the round starts, a symbol is randomly chosen to appear as expanding on the reels during the Bonus. The bonus can be re-triggered with 10 more free spins.

No, Book of Dead slot doesn’t feature any jackpots.

Is there anything else that I should know about the Book of Dead slot?

If your expanding symbol in the Bonus is the main Rich Wilde icon (the explorer), you can win the top prize of x5,000 the total stake if you cover all reels with this symbol!

If you like Book of Dead slot, you can also try other Egypt-inspired slots such as the Book of Ra slot which started the whole Egypt-slots fever. Other popular ones are Eye of Horus Megaways or Legacy of Dead slot, for example.

Play n Go – the Developers of Book of Dead Slot

Sometimes, when it comes to slots, the same theme – repeatedly – can wear on a player’s patience. Given the abundance of leprechaun slots, ancient-China slots, and ancient-Egypt slots out there, no one can be blamed for turning away when another slot in the same vein is released.

That is not to say that ignoring any game before giving it a chance is the best thing to do. There is little doubt that prejudging anything can often lead to egg on the face. Yes, many times it can be a waste of time, but this is the risk of being a fussy player. And why not? You are paying to play these games unless you win big every time. Somehow, we doubt that is the case, right?

Play N’ Go is the software developer behind the latest game we have reviewed for UK slots players. A company well-regarded for their unique design, the Book of Dead Slot, is one which the Swedish developer is best known for among many players. Well, it is more than that – it is pretty much a classic among those with a love of slots and, er, Egypt. Slots and Egypt are two things which go well together sometimes, but, as mentioned above, can be a tad overdone at times.

So, what is the Book of Dead? Well, you may be surprised to know that it is an ancient Egyptian funerary text. If you already knew that, get a life. Seriously. We had to Google it in order to appear smart!

The Book of Dead was written by a priest and contains a number of magic spells which were said to accompany dead Egyptians on their journey to the afterlife. Needless to say, this isn’t one which will be non-stop smiles and dancing. Unless you’re winning, of course. 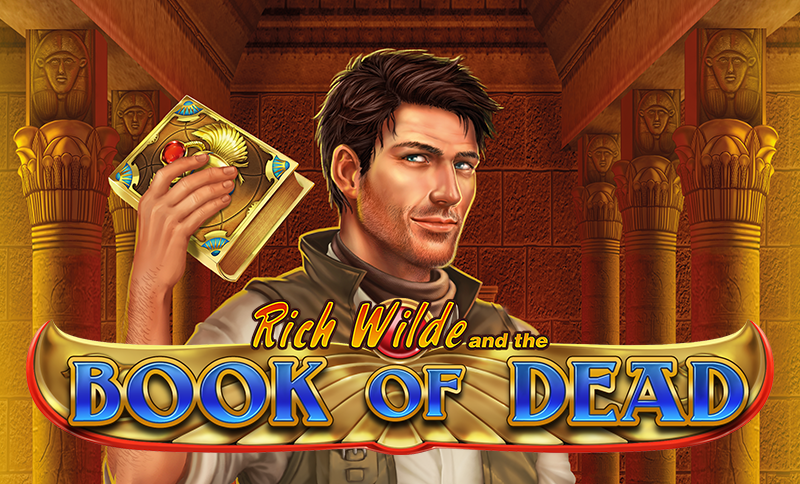 Did you know that this game is part of a series of games? No? Well, if you don’t know, now you know…

In this franchise, the hero you play with is a middle-aged man who hasn’t really aged that much over the years. His name – Rich Wilde – is the perfect blend of money, madness, and with a nod to the exceptional Irish poet and playwright, Oscar Wilde. There was a game which came out before this one, which was called Rich Wilde and the Aztec Idols. In this game, the man himself shuffled around the Amazonian forests much like a more looks-conscious Indian Jones.

It appears that Wilde gets sick of the law of the jungle and decides to head for the more laid back and chilled Egypt. Which is a little silly, really, all things considered. Anyway, we digress. So, Wilde travels to Egypt, made famous by Cleopatra and the Pharaohs, in order to get his hands on the Book of Dead.

This is where you come in.

So, the Book of Dead slot has 10 pay lines and 5 reels. There is a maximum non-progressive jackpot payout of 5,000 times your stake. This goes up to a very nice £500,000. The game is also a high-variance slot, so bear this in mind before you play. It is not the most exciting game to look at but there are some pretty big prizes potentially on the line!

The symbols which make up the game are:

Much in the vein of most Play n’Go’s slots, Book of Dead is available to be played on all kinds of devices, which includes desktop, mobile phones tablets, and many more. So, depending on what device you want to play on, your job is to help Wilde make his trip to Egypt worthwhile. The first thing you need to do is choose your bet amount.

Bet values are between £0.10 and £100 per spin. The symbols you want to get your hands on are also perfectly illustrated in the paytable, which makes it easy to follow what you should be doing.  You will find that The Golden Book works as the wild and the scatter. This can really push winning combinations and will trigger the free spins and bonuses.

Ok, so in order to get your hands on Book of Dead free spins, you need to get three or more scatters anywhere on an active pay line. Yes, this is the only way to enter the Book of Dead Free Spins game. If you are lucky enough to do as per above, you will be awarded 10 free spins. From here, you can find your way through the spins, picking up nice wins as you go. Oh, and there is something else you should know: if you land another three scatter Book icons on the reels, you’ll get your mitts on another 10 free spins.

Oh, and we almost forgot: if you can land expanding wild symbols at the same time as the free spins symbols, you’re looking at a big win.

The Book of Dead slot is a fun, fun game (providing it is paying). As a high variance slot, you may find yourself encountering a few hiccups on your trek through the Egyptian underworld but there are some potential big wins which can turn this all around pretty quickly.

There is a pretty big jackpot, which makes the game a favourite among many players with big aspirations of a quick win. There is little doubt that you will need a lot of luck in order to drop a mammoth win, but someone has to, right?

While the game is fun to play, it is definitely a good thing to keep the high variance in mind. Depending on what you are looking for in a slot, the Book of Dead may keep you spinning for a while. The best way to judge a game for yourself is to give it a shot, so if you’re still interested in playing this famous slot, knock yourself out!