Megaways are showing up a lot in the top titles at the moment. This system of delivering wins was invented by Big Time Gaming but now licensed out to a number of other developers, including, in this case, Blueprint.

The system randomly changes the number of symbols on the reels in order to deliver a massive number of potential ways to win. These replace pay-lines with very high numbers of possible winning combinations.

Buffalo Rising Megaways slot takes the system out to the prairies of the American West to deliver another popular current theme: outdoors and wildlife games with a historical theme.

The Buffalo Rising Megaways slot game is a fairly classic slot in some ways but has a load of different features, including non-standard numbers of reels.

The design is in a familiar style for Blueprint, with nicely drawn images of the majestic animals who star on the reels.

It’s nice to see a relative of the humble cow being made the feature of a slot game, but should you stop this stampede and get the reels spinning?

There’s now a whole her of Buffalo Rising games, including a progressive jackpot title. This is a Megaways release meaning a load of bonus features that come along.

This is from Blueprint, who have released a load of Megaways games including Fishin’ Frenzy Megaways, their biggest current hit from a 200+-titles catalogue.

What is the Buffalo Rising Megaways RTP?

What reels and pay lines does Buffalo Rising Megaways Slot have?

Megaways ditches standard pay lines, and can deliver 117,649 ways to win on a six reel set up as high as seven symbols. The reel set-up is dynamic.

What is the theme of the Buffalo Rising Megaways slot?

Yes, you can play on mobile, you need JavaScript and HTML5.

What is the Buffalo Rising Megaways slot variance?

This game is medium variance.

The top prize is a 10,000-times stake. Check pay-out limits on the site you use.

There is no jackpot in this game, which does have a related progressive jackpot title.

Does the Buffalo Rising Megaways slot have free spins and bonus rounds?

Free spins are the main bonus round. There are wilds, multipliers, and respins in the base game. Free spins have an unlimited multiplier.

A choice of free spins round lets you balance prize size against the likelihood of hitting wins.

Blueprint is a big company, with nearly 200 games in the UK market at the moment. They’ve been around a while in various guises as part of the German-based Gauselmann Group. The company originally started out putting slot machines in bars, but are now a familiar part of the online casino landscape.

The company produces games in all genres and styles, but is sometimes particularly associated with film tie-ins: Blueprint’s Goonies won a game of the year award, one of many.

Their games are available in all hundreds of casino sites.

This is a great performance by any measure, and Blueprint keeps new titles coming. King Kong Cash, Medusa, Sky Vegas Megaways, The Lost Treasures, and Rhino Rampage are their most recent reviews and they’re planning to unleash Lion Thunder, Dafabet Megaways, and Deal or No Deal Lightning Spins.

Blueprint are trusted and licensed, and you can play them – as long as you use a safe UK licensed site – with confidence that you’re getting a fair deal.

The theoretical return to player of this game is 96.5%. That means that over its lifetime, it should return this amount of funds received to players. This is not an exact measure and it expects that the player will behave in a particular way, so it may not reflect your experience with the game at all.

Medium volatility means little more than you shouldn’t really notice much of a difference in pay-out size and frequency from other games you’re playing.

The game is available on all devices that support JavaScript and HTML5. 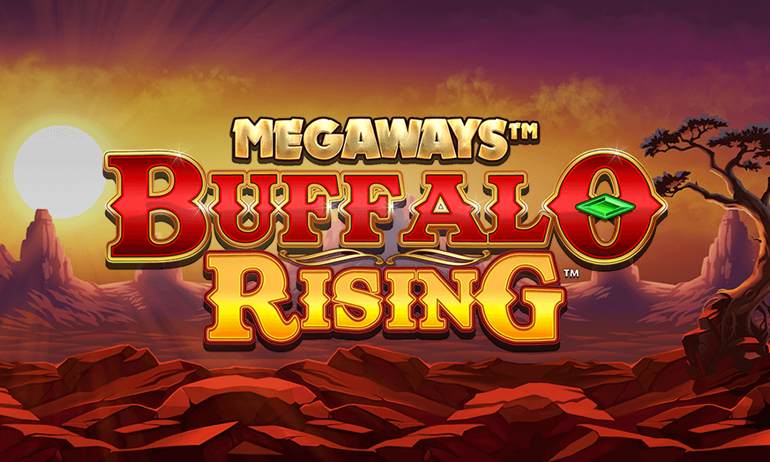 The set-up is in some ways novel, but it’s easy to understand and use the controls that run in a strip along the bottom of the screen and float alongside the reels.

Simple controls, a spin button and a bet plus and minus control sit on either side of the reels. The bottom of the screen tells you your balance, your bet, game information, and the latest win from left to right.

Other controls can be found in the game frame.

The pay table opens on the card suit symbols, which pay out from 1 to 1.5-times stake for a set of six.

Then we’re into the higher paying symbols from the animal kingdom: the elk pays double your stake for a set of six, the wolf 2.5-times stake. Bears pay 5-times stake, and the buffalo pays 50-times stake for a full set.

There are also special symbols that come into play around the bonus features.

A western landscape can transform into any symbol but the scatter on the reels, including the wild.

A respin is delivered via a cascading reels feature that strips out winning symbols to drop new ones down. This continues until the wins stop.

The diamond symbol is a scatter that triggers the free spins round.

You can also buy the feature for 100 times your stake.

This is a good looking game that performs well throughout the game. Blueprint have stuffed in nearly as many features as there are ways to win in the popular Megaways system.

If you like this genre or style then this is one of the better looking Western wildlife titles we’ve seen lately.

The bonus features are rich and numerous and everything here has been well thought out and performs well.

It’s a rewarding game if you win big and very enjoyable to play even if you don’t.

We normally try to put some balancing negatives into our reviews, but to be honest, it’s quite tough here. Check this game out and see what you think because we’re struggling to find much wrong. It won’t change the world but there are few better-done games in this style out there.