The mystical world of Ancient Egypt has mystically attracted ELK Studios for this December 2019 Cygnus slot release from the Swedish game developers.

While Egypt is a perennial theme, ELK have at least come up with something a bit different here by using a constellation of stars as the base for their game. This distant (it’s 700 million light-years away!) set of bodies can line up perfectly with the Giza Pyramids and may have something to do with their construction. And it may have triggered a load of pseudoscientific conspiracy theories too.

There’s no doubt that this is a great looking game, with its big columns and dark, Arabian night skies.

The layout is clever too, with symbols dropping in, and an avalanche feature for respins, rather than spinning and an interesting reel setup that gives a huge number of potential wins. There’s also an innovative gravity feature.

But there are a load of opportunities to go back to Ancient Egypt in the slots world. Should you try this one?

Elk Studios is the creator of the Cygnus slot machine. Elk Studios, although a relatively young company as compared to some others, has been bringing us amazing slots ever since 2013 when the company was launched.

When was the Cygnus slot released?

Cygnus slot was released back in December 2019 and that was the tenth and last game launched by Elk Studio for that year. 2020 followed with more creative and interesting new titles.

What is the Cygnus RTP?

Cygnus RTP stands at 96.1% which is the industry standard. RTP stands for a theoretical return to player percentage. This means that in the long run out of £100 invested, the casino will give £96.1 back to the player in statistical terms.

Cygnus slot comes with an interesting layout, something a bit more different. There are 6 reels and 4 rows set between two pillars along with 4,096 ways to win. But as the game progresses, the number of rows can increase to 8, thus increasing the number of ways to win as well, to a whopping 262,144!

Cygnus is a slot inspired by Ancient Egypt and the galaxy. It is quite the connection, right? More interestingly, Cygnus is the most famous constellation in the northern hemisphere aligning with the Giza pyramids in Egypt.

The Cygnus slot is firstly designed for mobile devices. This means that you can enjoy this galactic slot machine on any smartphone such as Android or iPhone, for example. It is also available on other devices such as desktop, laptop, or tablet.

What is the Cygnus variance?

This slot machine comes with high variance. This means that Cygnus is capable of providing you with huge wins but it will take time and patience to get them rolling on the reels.

The betting scale on Cygnus slot starts at a minimum of 10p per spin and goes up to £100. Also, the biggest wins you can scoop reach x5,000 total bet.

Are there any free spins and bonus rounds? What other features are there?

Cygnus comes with a Free Drop feature which is basically the free spins bonus with avalanching symbols and multiplier scatters (x2 to x64) included. During the Bonus, there are 8 rows and the number of ways to win increases to 242,144. Avalanche feature in the base and bonus game is present and all winning symbols will disappear from the reels while others will fill in the empty positions.

Cygnus slot doesn’t feature any jackpots per se. But the maximum win or the so-called jackpot prize with the maximum bet reaches to insane £500,000!

Is there anything else that I should know about the Cygnus slot?

Cygnus slot is inspired by the constellation found and named by Ptolemy back in the 2nd century!

If you loved Cygnus, then you should also check Flower Fortunes Megaways by Fantasma Games that comes with a similar layout and gameplay.

Take your cue from the name and you’ll guess that ELK Studios is a Swedish company. The Swedes are so dominant in the slots world at the moment for a country their size. We can’t explain it beyond pointing out that some companies from that country have produced a string of very high-quality games.

ELK are rated as the 25th biggest provider in the UK industry by the company we use for stats. They are relatively young, having been founded in 2012. Since then they’ve launched 38 games, including 37 slots (plus an instant win).

Hit It Hard is both the company’s most recent release and their current biggest hit. Ice Wolf is their second most popular game, with this title third. New games in the offing include Micro Knights and Elk Crusader.

This company is one that is going places, you should get in on their games while you can.

The theoretical return to player of this game is 96.1%. This is a fine number, and about average for the current market. This means that there’s a house edge of 3.9% over the lifetime of the game if players play in an idealised way. Your game experience may be very different from this, and live figures from casino sites routinely show a much lower RTP in action.

This is a high variance game. That means it is more likely (but not guaranteed) to pay out bigger prizes, but the prizes are more likely to be paid out less often.

The maximum win is 5,000 your stake, and your stake can run from 0.2 to 100 coins or 20p to £100 in most UK sites. Always make sure you check the coin value and financial limits on the game you’re actually playing on.

This is a six-by-four grid game, with a starting number of more than 4,000 pay lines that are variable.

Any device that supports JavaScript and HTML5 can play this game. 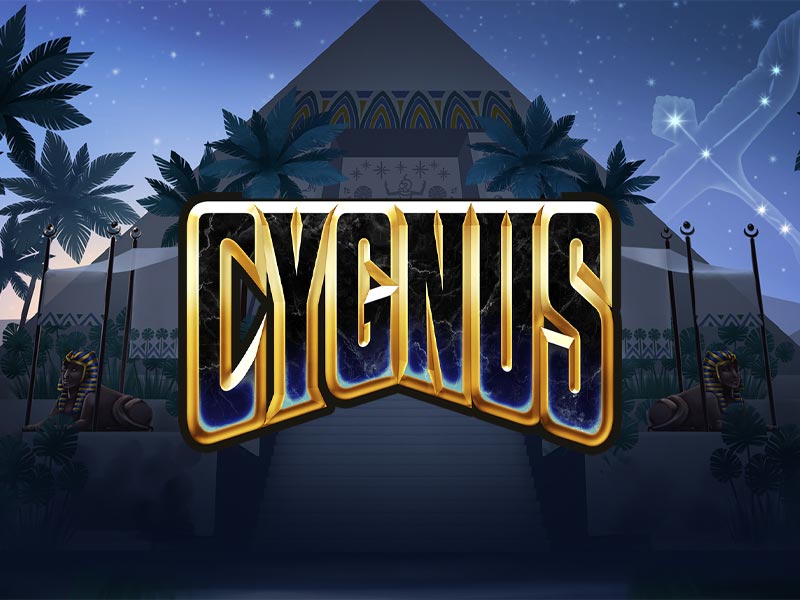 ELK have done a great job here, and although they’re easy to understand, the game controls are super up-to-date.

Basically you have a single, big spin button, plus a button to set your bet, and for everything else, you’ll need to trigger extra menus.

It’s always a good idea to read the instructions on any game you play, and there’s a good guide here with your paytable. Check out the game frame for more controls and settings.

Let’s have a look at that paytable.

At the bottom of the pyramid are gemstones, colour coded (red, blue, and green) that pay from 0.2-times stake to 0.3-times stake for sets of six.

This whole game is novel.

Wins deliver a new sort of tumbling/avalanche respin, with symbols sliding into new wins. As these new wins cascade down the number of symbols and pay lines in play increases from a base number of 4,096 ways to win to a maximum of 8 rows of symbols with 262,144 ways to win.

The multiplier is set via a meter on the right-hand obelisk. This is triggered via a multiplier symbol, which clicks the numbers up if it tumbles to the bottom of the reels. The maximum is 64-times.

There’s a free spins round that is triggered in a similar way. A free spins bonus symbol must slide all the way to the left-hand obelisk to trigger the bonus round of seven free spins, all with the maximum size grid and enhanced chances on the multiplier ladder. This game retriggers once.

We look at a lot of slot games, and this one of the nicest looking and feeling games we’ve seen for a while. You can’t fault ELK Studios for delivering a game that is full of entertainment and innovation in so many ways – gameplay, look, bonus delivery, the works…

Behind that, there’s a slot game, but the feel is so different that we reckon you’ll love exploring this game. The sliding symbols mechanic works really well and you can expect to see more of it in future from this company.

This Cygnus slot game is a high volatility game, so you may be waiting a while for a win, but when that top win is a potential £500,000 and the ride is so entertaining we’re sure you won’t mind sitting back for a while. After all, Cygnus is millions of light-years away – learn some patience!

Cygnus slot is a credit to its designers and it’s a game you should check out today.