The clue here is in the name: Finn!

Finn is an Irish name and this is a luck-of-the-Irish themed game, but with a difference. In fact, with quite a lot of differences.

The first one you’ll notice in this Finn and the Swirly Spin slot is that there are no reels! Or rather, the reels are a single giant spiral. Spins come with an avalanche feature that works as a respin.

The Finn and the Swirly Spin slot game is colourful, with cartoon graphics, and a series of different backdrops.

Finn and the Swirly Spin slot was released in 2017 and is different from the run of the mill Irish games, which tend to have rather retro graphics and extremely bright colours – mostly extremely bright greens and reds. Irish games tend, in our opinion, to swap visual sophistication for bright friendly colours, simple gameplay and big prizes.

Should you set this spiral spinning though?

What game provider developed the Finn and the Swirly Spin slot?

Finn and the Swirly Spin is a creative action-packed slot machine developed by an amazing Net Entertainment slot provider.

When was the Finn and the Swirly Spin slot released?

Finn and the Swirly Spin slot was released in November 2017 and is still a popular NetEnt slot.

What is the Finn and the Swirly Spin RTP?

This slot comes with a bit higher RTP than average and it stands at 96.62%.

Finn and the Swirly Spin is a grid slot. There are no actual pay lines but a 5×5 grid with 25 spaces with wins formed of 3 or more symbols in a vertical or horizontal line.

This slot is themed around Irish luck. Finn and the Swirly Spin is all about magic, leprechauns, luck, and 4-leaf clovers.

All NetEnt’s slots are created to be compatible with smartphones and Finn and the Swirly Spin slot is not an exception. You can enjoy it on all mobile devices.

What is the Finn and the Swirly Spin variance?

Finn and the Swirly Spin is a low to medium variance game. The slot provides plenty of smaller and medium-sized wins. Thanks to the random features, the base game can provide decent wins up to x400 the total stake.

10p is the minimum you can bet on this slot which is perfect for those who like playing with small stakes. Also, the game comes with great winning potential reaching up to 50,000 coins.

Finn and the Swirly Spin comes with Free Spins Bonus with four possible choices each coming with different mini-features. The base game also comes with multiple random features such as extra wilds, mystery symbols, avalanches, etc.

There is no jackpot in Finn and the Swirly spin slot machine.

Is there anything else that I should know about the Finn and the Swirly Spin slot?

This slot comes with an Avalanche feature meaning that all winning symbols will disappear from the grid while new ones will roll on and fill the empty positions. There are also wild symbol generations where wilds appear in the avalanche substituting other symbols and exploding to create more chances for new wins.

There are plenty of similar slots to Finn and the Swirly Spin you can try. Barcrest’s Rainbow Riches slot series feature dozens of Irish luck-inspired slots and each comes with plenty of action and good winning potential.

NetEnt – the developers of Finn and the Swirly Spin Slot

Finn and the Swirly Spin slot is released by NetEnt. NetEnt aren’t the biggest gaming company in the world. But they very nearly are. The company doesn’t just make games, it has an interest also in producing software that runs casinos.

NetEnt has, according to the industry audit site we use, around one-fifth of the world slots market and nearly one-third of the European market.

This means that NetEnt games are always popular and always highly visible.

Their big titles are the biggest, including the UK’s favourite game, Starburst, and the top 10 hits, Gonzo’s Quest, both of which are major favourites in the free spins market.

They keep releasing games, and they keep having hits.

This game is one of them, rated in the 50s, with a related title, Finn’s Golden Tavern.

Finn and the Swirly Spin slot has a theoretical return to player of 96.62%. This translates to a house edge of 3.38%. This figure relates well to the industry average. RTP records how a game is intended to do over the course of its lifetime for all players and if players behave in a particular way. It is not a measure of how you will do in your interaction with the game – that could be much better or much worse.

This game has low to medium variance (also called volatility). This means that the game is more likely – than the industry average – to pay out prizes more often, but they’re more likely to be lower in value. Again, this is not a guarantee of how your game will go, it’s a long-term measure.

You can play this game on any mobile, desktop or tablet device that delivers JavaScript and HTML5.

Playing the Finn and the Swirly Spin Slot Game Online 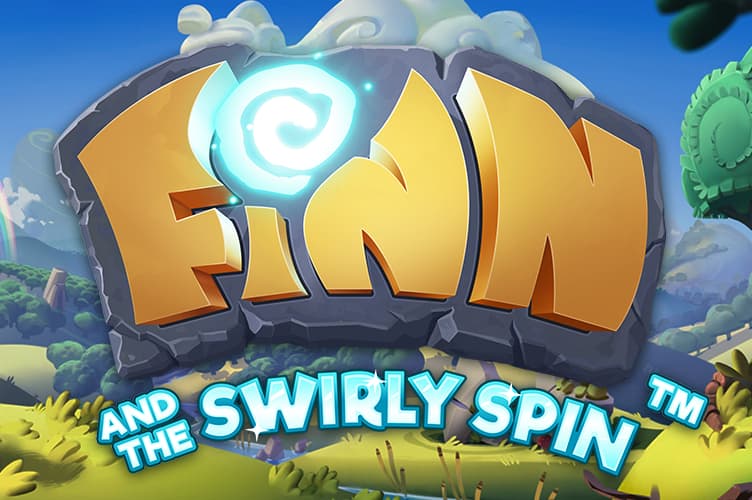 The reels are atypical, but playing this game is very simple for any player who’s used NetEnt games.

The control panel runs along the bottom of the screen. In the game frame, you’ll find extra controls, including the sound controls, an autoplay option, more help options, and settings.

On the control panel, we’ll start from the left, where the information button opens up the pay tables and game rules. Then your bet level indicator, which is controlled with the neighbouring level control and a coin size metre on the other side of the central console. There you’ll find the usual set up of a spin button flanked by a max bet button and an autoplay button. Your balance is recorded at the far right.

The pay table opens with card symbols and climbs into a set of themed lucky symbols.

Then we’re onto a load of special symbols.

In the main game:

There’s so much to enjoy with Finn. Irish games can be a bit samey, and, to be honest, we don’t like the aesthetics of a lot of these games (though that’s entirely personal).

This game is a refreshing take on Irish theming with something different wherever you look. The spiral is a novelty that you’ll need to take a look at to see if you like it. Otherwise, there’s lots of familiar features – wilds, respins, subs – given a nice new twist and delivered with great style in graphics and sounds.

We recommend Finn and the Swirly Spin slot, and while it doesn’t have a jackpot there is a chance to buck the low-to-medium volatility rating and win some really big prizes if you hit the bonus features here.