Foxes are up there with wolves as the top creatures of the slotsiverse (a word we’ve just invented and you are free to dislike as much as we do after looking at it for a minute or so).

There are a lot of fox games. This one isn’t about a wily or clever fox of the red variety though, it’s a spacey, arctic-set title with its main focus on the northern lights, the aurora borealis.

This Fox Fire slot game looks fantastic and has a lovely ambient soundtrack – with out-there female voiceover – to go along with the sky-lighting aesthetic of the screen.

A pretty picture is a good start, but High 5, who aren’t one of the biggest names in the world of slots (we’ve already ditched slotsiverse) need to come up with a great game to win our recommendation.

They’ve thrown a lot at it with a big ways-to-win engine on an over-sized reel set (that changes!), and a symbol collection game alongside the main game. There are no free spins rounds, but there’s a lot going on here.

Should you hunt this beautiful arctic fox?

When was the Fox Fire slot released?

The release date of Fox Fire slot was April 2020 so this is a brand new game featuring quite exciting gameplay.

What is the Fox Fire RTP?

The industry average RTP is 96% which is the exact theoretical return to player percentage of Fox Fire slot machine.

Fox Fire is a 6-reel slot with 3 rows and 729 ways to win that can increase to 117,649 as the reels have the potential of expanding. The winning combinations are formed by landing matching symbols from the leftmost reel to the right.

The theme of Fox Fire is all about nature. The slot is set in a beautiful and chilling northern part of our world. The arctic fox sitting next to the reels watching at the blue night sky will transport you right there on the cold Arctic.

Fix Fire is perfectly suitable for play across all devices, smartphones such as Android and iPhone included. So you can enjoy this slot wherever and whenever you are as long as you have a stable internet connection.

What is the Fox Fire variance?

With the RTP of 96% and high variance, Fox Fire is a slot that requires a lot of patience if you want to hunt those big wins.

Fox Fire has a pretty decent betting scale starting from a minimum of 25p per spin to a max of £25. The winning potential is quite big and goes well beyond x17,000 the total stake.

There is no Free Spins bonus in Fox Fire slot machine. Instead, the game comes with Ways Out Ways Bonus Feature which expands the reels and provides more ways to win reaching up to 117,649. The feature also comes with a meter which when full will hold symbols in position for five extra spins for a chance of hitting big wins.

Is there anything else that I should know about the Fox Fire slot?

The top-paying symbol is the Fox paying up to x250 total stake. Also, the players have the chance of hitting wins up to x17,282 the total stake!

So we’ve mentioned that High 5 Games aren’t a household name yet.

They’re no minnows though, and they’re rated in the top 30 providers in the UK market by an industry-audit site that we trust.

The company has been around and winning awards for a while now, picking up a 2010 Game of the Year award from the IGT prizes for Noah’s Ark. They’ve continued to rack up fairly regular prizes, and now have a portfolio of getting on for 300 games.

They’re not so common in standard casino sites though, and you’re as likely to see a High 5 Game on Facebook or a cruise ship as in your favourite UK online casino site.

Triple Double Da Vince Diamonds is their most popular title at the moment, part of a hugely popular series. Next up are Beat the House, Fox Fire, Platinum Goddess Extreme, Lucky Lassie, and another Da Vinci Diamonds title.

Coming up from them is Teatime Treasures.

If you enjoy High 5 Games’ titles and you’re a music fan, look out for band and genre tie-ins.

The company is based in the US, a jurisdiction that is generally trusted, and their games are licensed and safe to play in the UK market.

The Facts and Figures about Fox Fire Slot

Released in April 2020, Fox Fire has a theoretical return to player of 96%. This is bang on average for the current market. This figure means a “house edge” of 4%, but it’s not a scientific measure of how your gaming experience on this title will go.

The high variance rating is also slightly hard to quantify, but it should mean that your experience will involve slightly higher prizes that pay out slightly less often. The top prize is 70-times stake, which is a relatively low measure, particularly for a high volatility game. Betting runs from 0.25 to 25 coins, which should be 25p to £25 in UK sites.

This game requires JavaScript and HTML5, and with those in place will run on any mobile, desktop, or tablet device. 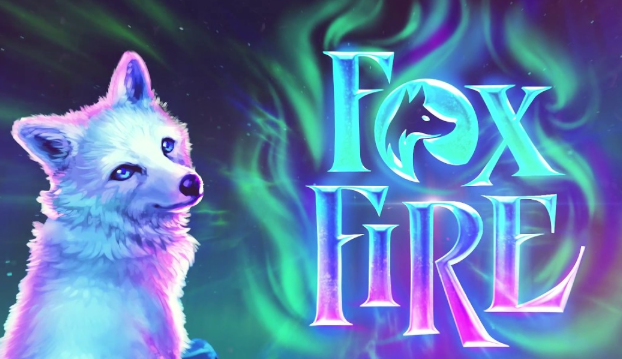 Playing this game is easy. The controls are perfect for the modern market and smaller screens.

To the right of the reels floats the spin button, with a smaller auto-play button under that. Tap or click on the plus button to open more menus.

Betting controls are a sliding scale on the information panel at the base of the screen, where you’ll also find a full set of figures on your account and the game.

With big reels, we get big sets. The main symbols are jewels, starting with single colour-coded gems:

The general pay table is run on a “Ways Pay” engine.

Reels expand when a fox lands on a reel, adding up to 4 extra symbols.

Above each reel a segmented meter can be filled up after the reel has expanded to a full-sized reel, adding 1 symbol for each bet. When the meters are full they will respin five times.

Wilds also feature, but only on reel 5 after it has been activated by the fox and never on reel 1.

Fox Fire slot is a beautiful looking game with sophisticated gameplay and a genuine commitment to delivering an all-round gaming experience that reflects the aesthetics of its chosen theme.

As it’s an uncommon theme, if you like arctic hallucinatory games then Fox Fire slot is one of the few on the market for you to try.

The bonus features are well thought out, but they’re very complex, and the information provided with the machine does not explain things in the simplest way. Really, this is a game that is well worth playing on demo mode a few times. And while there are good, interesting bonus features, the lack of a free spins round is something that will scare some players away, as will the relatively low top prize.

That’s a shame because this is a game that is a real pleasure to explore and to enjoy.