We reckon that by far the most popular animal in the slot world is the wolf! Wolves are everywhere in slot land, howling by the reels, and hunting across them.

And we don’t really care.

I mean they look good, I suppose and have a load of positive connotations attached to them that are particularly those that tend to appeal to young men. So that’ll do.

Here, ELK, from Sweden gloss over the fact that wolves eat Elks for fun, and deliver a game with a white wolf as its hero, and throwing in a lot of other Nordic cultural touchstones.

The theme is of wilderness, wildness, and wolves then, and the game is instantly novel, with its ice sheet that melts away with wins, revealing more and more reels and pay lines. This means the game expands to a healthy 74,088 possible winning combinations.

The graphics are spot on and suit the mood of the theme, and definitely ties the wolf into Viking culture and mythology.

What game provider is behind Ice Wolf?

This game is from ELK Studios, yet another Swedish developer that’s a major player in this market. ELK was founded in 2012, and currently has around 25 games on the UK market. Their biggest current hits are Black River Gold, io, Voodoo Gold, and Route 777. They make games in all styles and genres and you can play their games safely and with confidence. Our favourite audit site rates them as the 35th most popular and visible slot maker in the UK market.

When was Ice Wolf slot released?

This game was released in November 2019 and is not the company’s most recent release.

What is the Ice Wolf RTP?

The RTP on this game is 96.1%. This is just about the industry average, with a house edge of 3.9%. This measure is one you can use, but only as a very general guide to how a game will perform because it is a very long-term measure. A game with 99% RTP will not necessarily return 99% of your money to you.

How many reels and pay lines does Ice Wolf have?

Ice Wolf plays on an expanding grid that starts with a 6 by 3 reel set up, with a starting figure of 729 pay lines.

What theme is used in Ice Wolf slot?

This game is themed on Nordic vulture, Vikings, wildlife, and wolves. The graphics are gothic and drawn.

Can I play Ice Wolf on mobile?

You can play Ice Wolf on any machine that supports HTML5 and JavaScript.

What is the Ice Wolf variance?

The variance on this game is medium to high. This means that the game should pay out slightly bigger prizes, but it is likely to pay them out slightly less often. The hit rate is 18.25, which means that just under 1/5th of spins will be winning spins of some sort. Again, both of these are broad statistical measures, not predictions.

Does Ice Wolf have free spins and bonus rounds?

No, there is not a stand-alone free spins round in Ice Wolf. There is a respins feature.

Is there anything else I should know about Ice Wolf slot?

You could be playing Ice Wolf with a 50-times multiplier. 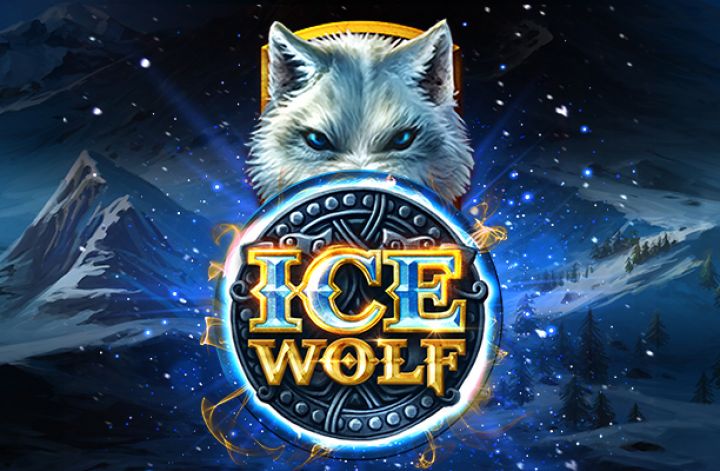 Learning your way around the game is very simple, and you’ll have no problem with playing it. Click on the menu for a look at how the game plays and to check the values of the pay table.

Wins remove ice from the reels, revealing more of the playing field and more symbols. After wins there’s a respin on the new reel set, with more ice vanishing as you go, stopping when the wins stop.

The full set is 7 reels and a massive 74,088 possible winning combinations.

You can also remove the ice by hitting the Ice Wolf bonus symbol. This will trigger a pack run, destroying all the ice, and leaving wilds behind them. They also trigger a top reel to give one of three prizes: sticky wilds, sticky multipliers (up to 50-times stake), and an extra free spin.

Big multipliers usually mean big prizes, but for a high volatility game, Ice Wolf doesn’t have such a huge top prize (though it’d be life-changing for me, and well done if that amount of money wouldn’t change your life). The betting range is good though, and the hit rate and RTP show that this game should reward players who stick around. (Always play safely, above all.)

There are no free spins rounds, but don’t let that put you off because the bonus features here are rich and potentially richly rewarding. It’s great to see something as novel and engaging as the reel revealing feature.

The Ice Wolf slot game looks and sounds great if you like a Nordic-themed game, and rather than just being a wildlife game it brings in some rich Viking imagery that we know players love that stuff. Perhaps even more than they love wolves.