We’re going back in time a bit for this slot. Not exactly to the ancient civilisations that are such a favourite for slot developers, but to 2017, which is a long time ago in slots timelines!

Jade Magician still looks very modern and up-to-date though. It is themed, as you’ve probably guessed on East Asian culture, a really popular theme at the moment, in part inspired by the opening up of China (before some very contemporary economic and political changes) to the world. That means that one of the world’s great gambling cultures opened up to the internet. So, some games are themed to be attractive to Chinese and East Asian players, and some are themed to evoke the gambling games of East Asia or other cultural signifiers (with relative levels of offensive stereotyping).

The big up-front features on this Jade Magician slot game are wild multipliers, a second chance feature on some spins and a free spin (with extra wilds).

The design of this game is great – at least to these western eyes. Play’n GO usually do a good job on the looks of their games, and they’ve delivered here with some lovely looking symbolism from East Asian culture, including dragons, and cockerels, and some lovely looking gems.

Should you try to open the magician’s spellbook though?

What game provider is behind Jade Magician slot?

This game is from Play’n GO, who are giants of the slots world. The company is ranked as the third most popular and visible in the UK market. It is – like so many slots firms – based in Sweden, and now has more than 200 games on the UK market. Among its biggest hits are the Rich Wilde series of games, based on the Indiana Jones-like archaeologist.

When was Jade Magician slot released?

Jade Magician was released in January 2017, so it is by no means a new title.

What is the Jade Magician RTP?

How many reels and pay lines does Jade Magician have?

What theme is used in the Jade Magician slot?

Can I play Jade Magician on mobile?

What is the Jade Magician variance?

This game has a published variance or volatility rating of “medium”. This measure has no standard in the way that RTP measures have, but it is a ratio between how big prizes are and how often they are paid out. IT is not a prediction of what prizes you might win when you play.

Does Jade Magician have free spins and bonus rounds?

Yes, there is a free spin round and multiple bonus features. Jade Magician comes with extra wilds on its free spins round.

Is there anything else I should know about Jade Magician slot?

Fire dragons are ambitious and wise according to Chinese astrology – they’re worth big money according to this game. 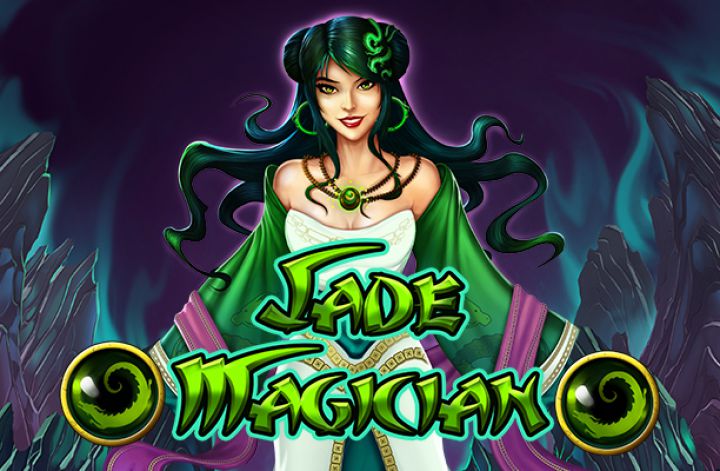 Jade Magician has a second chance feature that triggers when you score two scatters (one short of the free spins round). Somewhere on the reels is hidden a third scatter, and you must select a symbol to see if you can reveal it underneath.

The pay table starts with jade gems, with the tear drop, crescent, triangle, and rectangle paying from 3-times stake to 250-times stake.

In the usual Play’n GO style the control panel here is quite busy. It’s based on a cabinet game, with pay-line and coin selections for betting selectors, and a sophisticated autoplay system.

Although the Jade Magician slot was released in 2017 it looks fresh and vital today, halfway through 2020. The theme is timely and beautifully delivered, without resorting to too many clichés, and it’s nice that the magician is a female character.

The game play is as good as the design. Second chances are good news if life, love, and online video slots, so we’re glad to see them here with a nice skill game attacked too.

Beautifully designed symbols click into place to deliver some great wins in the free spins round, where the magician might just cast the spell that pays out that massive top prize.

We don’t have much to criticise this beautiful game, though some players might find the control panel a little busy.

Jade Magician is in a busy sector of the market, but it still rates highly, and it’s a theme that seems to never go out of fashion. Try it today.