This Mystery Reels slot is a game for gamblers. Now, that might seem a bit obvious, as all slots are for gamblers, but this very simple, retro game with its classic look and feel is distilled essence of gambling.

The theme here is immediately apparent: this is a classic retro fruit machine, aimed at players who want to spin the reels without bothering too much about a multi-level character-themed set of bonus rounds.

If you like your games simple, then Red Tiger’s June 2017 release is one to check out. The high volatility and massive top prize will instantly signal to high rollers that this is one for them to check out. Games like this are proving massively popular at the moment. The simplicity of the old-style game is perfectly suited to the newer technology that is used by so many players on smaller screens.

Another good sign is that Mystery Reels slot has proved such a hit that it’s inspired a slew of sequels, so if you like this game you can dig into a whole series of them.

But should you jump into this fruit bowl?

Mystery Reels slot is a retro game with a modern twist developer by Red Tiger Gaming.

When was the Mystery Reels slot released?

What is the Mystery Reels RTP?

Mystery Reels slot comes with a standard level of return to rate player (RTP) that stands at 96.24%.

Mystery Reels slot has a retro fruit theme with a bright and colourful design. On the reels, you will find familiar symbols such as different fruits, bells, and lucky sevens.

Yes, you can play Mystery Reels slot on your mobile device as well as other devices such as desktop, tablet, or laptop.

What is the Mystery Reels variance?

Mystery Reels slot is in the category of high variance slots. The win frequency is high and you can expect plenty of decent wins along the way. However, bigger wins are harder to catch.

The minimum you can bet on Mystery Reels is 20p per spin. The winning potential of the game is pretty juicy and reaches x5,000 the total stake.

Mystery Reel slot doesn’t have Free Spins Bonus. But there are two other features. Mystery Symbols feature will turn 2 to 15 symbols on the reels into a matching icon enhancing your chances to hit big. Mystery Wheel Feature is where you get to spin a wheel with different cash prizes or extra spins on the wheel.

No, the Mystery Reels slot does not feature any jackpots.

Is there anything else that I should know about the Mystery Reels slot?

Mystery Wheel is where you can win big cash prizes. In case you get lucky, you can get extra spins along with big prizes and you can increase your balance with x5,000 the total stake award!

If you like Mystery Reels slot then you can also give its sequels a try. Mystery Reels Megaways slot provides up to 117,649 ways to win and up to x10,000 total stake prizes. Mystery Reels Power Reels slot, on the other hand, is a revamped version of the original featuring mystery symbols, mega symbols, cloning symbols, and pays both ways mechanics.

Red Tiger are sort of famous. The company hit the headlines when they were taken into the gigantic NetEnt family of companies at the cost of more than £200 million.

That’s a lot of money! And it’s great news for Red Tiger. For NetEnt it’s a way to get some new blood into their gigantic body and to get some innovative game design. The company wasn’t that well known before: it was relatively new on the scene and doing well, but this really takes Red Tiger into a new league. It can’t help that they’ve also shown a good deal of expertise in their production of back-office and marketing functions for casino websites.

That’s what Red Tiger are known for. They have had a lot of hits, and have released over 120 games. These cover a huge range, including Red Tiger’s biggest hits:

You can trust Red Tiger to deliver safe, legal, honest games of the highest quality.

This is a high volatility game. High volatility games are relatively rare. They are often said to be aimed at “high rollers”. These games pay out bigger prizes than average, but they pay them out more often. There is a slight price to pay for this and that’s a lower than average 95.22% theoretical return to player. This figure equates to a house edge of 4.78% over the length of the games lifetime. The reward in this is a big 500,000 coins top single prize.

The top stake in this game is 500, and betting starts from 0.2 coins, which should equate to £500 and 20p in UK games, but check the details on the game you’re playing.

This traditional game comes with a 5 by 3 grid layout to give 15 symbols in play with 20 pay lines.

You can play this game on any device that runs JavaScript and HTML5. 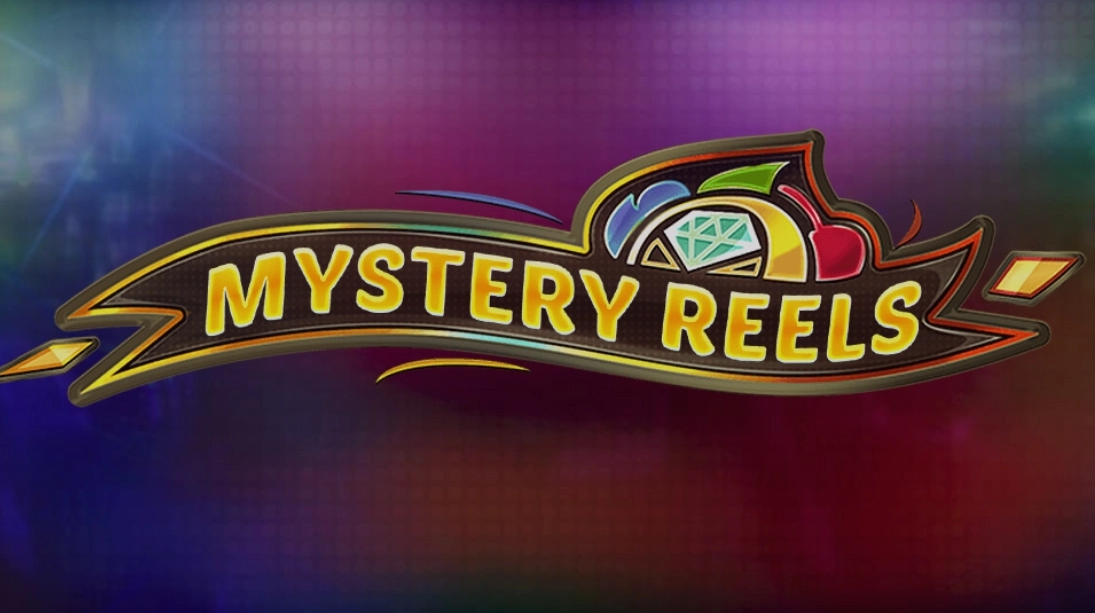 Simple games should be simple to play, and you’ll be spinning the reels of Mystery Reels slot soon enough and with little mystery.

The controls are modern and minimalist. At the left of the control panel is a stake button with plus and minus buttons. To the right of that is the auto spin function, and to the right is the pay-table button and the spin button. All information is shown in a central window.

This is a really elegant machine and super easy to control.

The paytable is an all-fruit affair.

Cherries are the bottom of the pile, then lemons, then oranges, then plums.

At the top of the tree are grapes, watermelons, bells and sevens.

The wild is a joker card.

The Mystery Reels bonus games are a free spins round, a bonus wheel, and bonus symbols in the base game.

The bonus symbol triggers a bonus wheel, which is modelled on a very very old electronic kid’s game and boils down to a simple prize pick game.

All the prizes in the bonus wheel game are doubled, and the prizes include, multipliers on bets going up to 10-times stake. A double-all prize does what you imagine, and also puts extra prizes on the reel. You can also win further spins, boost further prizes, and win prizes via the apple symbol if it appears.

There is a mystery symbol on the base game: a golden apple, that clones across the screen (to reproduce the number of symbols on the symbol) to deliver big wins.

This is a great looking game. It moves smoothly, is very nicely coloured and drawn, and has a load of beautiful symbols. It’s really almost an archetypal fruit slot and it’s hard to imagine a more elegant or stylish fruit game than Mystery Reels.

It’s more than just a pretty face though and delivers genuinely good quality gameplay. The extras in both the base game and the extra rounds are good quality and deliver thrills and interest to players. They also deliver potentially big wins.

Perhaps there could be more of them, but when a game is cut down do you really want to throw in a load of complicated bonus games or make the rules difficult to understand?

We think Red Tiger have made the right decision in keeping things relatively simple.

High volatility games are better for players with a little more patience. Whatever game you’re playing and whatever its stats suggest to you make sure that you play safely.

Mystery Reels slot would be worth playing for its look alone, but with a lot of depth to its attractions it’s definitely worth adding to your to-do list. Check it out today.