The story of the phoenix! The not-at-all true story of a bird that dies in flames to rise again! It’s supposed to be an inspiration for when your team gets relegated. I’m a Leeds United fan, so I’m susceptible to such legends, but in the end, it just took millions and millions of pounds and a very good manager for us to be reborn.

However, slots designers love myths and legends. And flames are a strong visual brand, so this gives Play’n GO plenty to play with.

And play with it they do in this wildlife and South American culture-themed game from 2019.

The Phoenix Reborn slot game is striking looking with the sort of quality design you can usually expect from Play n GO. Those phoenixes do look great. And they deliver too, acting as an expanding wild, that’s thrown into every spin in the free spins round.

Should you approach this burning bird though?

What game provider is behind Phoenix Reborn?

Play’n GO make Phoenix Reborn. Play’n GO are a Swedish developer, like almost all of the biggest and best names in the slot world right now. They have a long history, having been founded in 1997. They now have well over 200 games on the UK market including some massive hits, most notably the Rich Wilde series of archaeology games that are massive favourites for free spins offers.

When was Phoenix Reborn slot released?

Phoenix Reborn was launched on 16th April 2019, so it’s not completely new.

What is the Phoenix Reborn RTP?

The RTP on this game is 94.51%, which is low for the industry but about average for the developer in this case. The theoretical return to player is a long-term measure of how much a game will return to its players over its entire lifespan. Don’t use RTP too strongly to predict your game experience.

How many reels and pay lines does Phoenix Reborn have?

This game has a 5 by 6 reel set up (the standard is 5 by 3) which gives us 30 symbols in play. There are 40 pay-lines on which you can hit winning combos.

What theme is used in Phoenix Reborn slot?

The theme of this game is wildlife, rain forests, South American civilisations. The graphics are graphic art and dramatic.

Can I play Phoenix Reborn on mobile?

You can, my friend, if your mobile will allow you to use JavaScript and HTML5.

What is the Phoenix Reborn variance?

Does Phoenix Reborn have free spins and bonus rounds?

Is there anything else I should know about Phoenix Reborn slot?

The RTP in this game is in a range, meaning that you need to check it on the site you’re using. 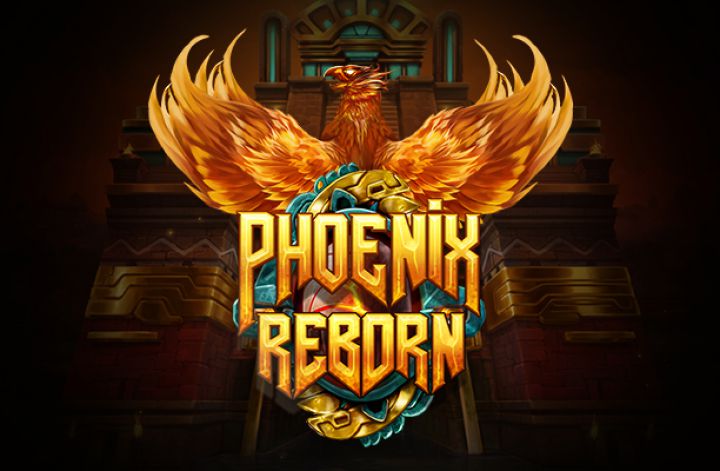 The control panel is typical for a Play’n GO game.

The information button at the left of the panel opens up more menus. Then there is a Balance window before a sliding scale of numbers lets you set your total bet. The spin button is to the right, with the auto spin function at the end of the row. This function is very sophisticated with stops for single wins, loss size, and win size.

Phoenix Rising slot is one of the best looking games we’ve seen for a while. The design is deep and detailed and really dramatic and striking. The soundtrack is great too – and it takes a lot for us to say that.

If you enjoy Aztec or Mayan-style imagery then this is really a game worth checking out.

The phoenix wilds are stunning looking, and they are likely to mean big wins when they turn up.

Free spins are the most comment type of bonus round, and that’s because players love it. Throwing in extra wilds in this round is a great way to promise even bigger wins, and it’s here that you’re likely to see the top prize of 5,000-times your stake – and staking in this game can be very high.

If we have a criticism of this game it is that we find the Play n GO control panel a bit busy, though this is not a particularly bad example. Oh, and it made us think about the pain of being a Leeds United fan. All forgiven though because this is a great game and one worth checking out.