Princely prices have never looked so regal, thanks to a 6-reel engine with the potential to hit wins on up to 117,649 win lines per spin in this Shining King Megaways slot by iSoftBet!

But what does this Megaways slot offer no other bearing the same mechanic does? How about a unique theme bearing a touch of nostalgia with modern features thrown in for good measure! Golden bells, juicy fruits and red hot sevens can collide to produce win after win, but there is one symbol upon those reels that can deliver eye-watering wins and it is the crown!

Developed by iSoftBet, Shining King Megaways is a ‘shinning’ example of how Megaways slots can be different and that’s despite offering a free games bonus, cascading symbols, wilds, mystery symbols and of course an increasing multiplier during the bonus. The red carpet will be well and truly laid out for the chosen ones, but lady luck will certainly need to be on your side for a shot at mega wins.

Reels 1 to 6 can be home to as many as 7 different symbols or as few as 2 and it’s the number of those that are matching that will determine the value of your win. But there is one other factor included – how much you win, and that is your stake. Playable from 20p to a maximum of just £6 a spin, this is one game that is not suited to the high roller.

Special symbols are the crown, wild and mystery, neither offers monetary value. There is but one high-value symbol and that is the red 7 with pays of up to £300. No medium value symbols on this reel engine just smaller value with pays ranging from £4.80 to £10.50 for fruits and £12 to £45 for golden bells and golden dollar symbols respectively. 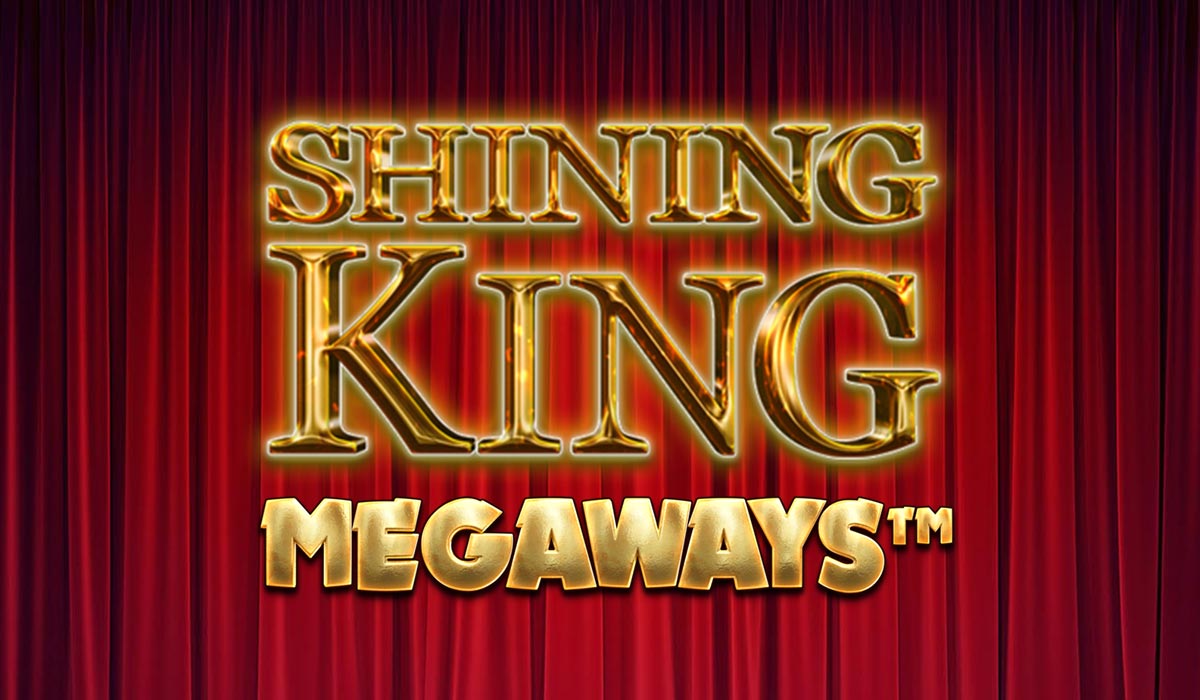 Wild are present only they are not as free-flowing as you’d expect. Where other Megaways titles house wilds within the main reel engine, Shining King Megaways has cemented their wild symbols into the 1×5 tracker to the top of the machine. This will inevitably result in fewer wilds compared to normal.

Mystery symbols are represented by the golden question mark and when appearing, a random symbol is chosen, and all instances of this mystery symbol will transform into that one icon.

Remember, there are cascading wins to benefit from here too, meaning with one win comes the potential for another, and another and so on. A beneficial system during the free spins round! Four crown icons will reward you with 12 initial free spins with each additional crown adding 5 more to the pot (up to a max of 27). Cascading wins during the free spins see the multiplier rise by 1x with each cascade, and this can carry on to a max of 10,000x!

Is Shining Megaways the crowning glory for Megaways slots? It’s hard to tell, but what we can tell you is that you can expect nostalgic sounds and a simple way to rack up the big wins, but it’s the time it takes to land the only bonus feature that could hit you well and truly in the pocket!

Thankfully, with wins capped at a mere £6 per spin, it’s a game that will suit those who like to play small in the hope of hitting a big win!

When was the Shining King Megaways slot released?

What is the RTP of the Shining King Megaways slot game?

Shining King Megaways is a fruits and royal themed slot.

What is the variance of the Shining King Megaways slot machine?

Shining King Megaways is a high variance slot game. High volatility slot game pay out less often on average but the chance to hit big wins in a short time span is higher.

Minimum bet on the Shining King Megaways slot is 20p and the top prize is 37,500x your stake!

Shining King Megaways comes with the one bonus feature – the free spins, which like most typical slots of this nature, it’ll make you work to stand any chance of winning big. Mystery symbols can add additional excitement, but they don’t always fall to produce a win.

A fixed base game jackpot of up to 37,500x can be triggered on any level of bet but only when relying on consecutive multipliers during the free spins.

Is there anything else that I should know about the Shining King Megaways slot?

The value of the symbols may not sound like much, but there’s real potential for wins of more than 6-of-a-kind. Plus, add to that multipliers during the bonus free spins game and you could be you’re talking mega wins!

More symbols, more bonus elements and more ways to win come with the Spartacus Megaways slot by WMS, where each spin could result in landing wins on up to 1,000,000-win ways! Red carpets lift and fall to reveal more or less of the reels, then there are cascading symbols for a shot at even more cash prizes. Should you be lucky enough to land four colosseum icons, it’s time to head into the bonus round where stacked wilds and consecutive multipliers can be found.