Although this game is quite old, and the theme literally ancient, it couldn’t be more up to date in slot terms.

Or perhaps it’s just that stories like that of Spartacus, the gladiator who led a rebellion against Rome, never go out of fashion. Certainly, Ancient Rome is a constant theme in games, usually in quite a violent way – it’s never Latin grammar!

Thanks are due then to WMS, a major US corporation, for reviving one of the great origin stories of European socialism!

They do it with a great game that uses the company’s unique Colossal Reels set-up to deliver a load of pay lines and some really different gameplay.

The graphics and sound are great, and you could win some really decent prizes in this game, but should you get into the gladiator’s ring with Spartacus Gladiator of Rome slot?

What game provider is behind Spartacus Gladiator of Rome?

This game is from WMS who are part of one of the biggest gaming conglomerates in the world, Scientific Gaming, where you’ll also find Bally, Barcrest and NextGen titles. WMS have roots going back to the 70s thanks to this link, but this specific outpost of the empire was founded in 2001. Since then they’ve released 141 games for the UK market. Their biggest current hits are Raging Rhino, this game, Montezuma, Zeus 1000, and Epic Monopoly II. They are licensed up to the eyeballs and as legitimate and secure as you could want your bank to be!

When was Spartacus Gladiator of Rome slot released?

Spartacus was released on 15th April 2014. The game hasn’t dated badly, but you do need to use Flash to play it.

What is the Spartacus Gladiator of Rome RTP?

The RTP of this game is 95.98%. That’s still a very competitive figure. These days most games clock it at around 96%. RTP is a theoretical return to player, and the keyword of those three is THEORETICAL. It is a long-term measure of how a game is likely to behave and not a guarantee that you’ll get 95% of your cashback.

How many reels and pay lines does Spartacus Gladiator of Rome have?

This game operates on Colossal Reels so it has a very atypical reel set, with a 5 reel set of between 4 and 5 rows, and a separate 5-reel set that is up to 12 symbols high. This means 100 pay lines, much more than a standard reel set of 5 reels and 3 rows.

What theme is used in Spartacus Gladiator of Rome slot?

This game is themed on ancient history, Ancient Rome, gladiators, adventure, and war or military. The graphics are drawn and realistic.

Can I play Spartacus Gladiator of Rome on mobile?

Yes, you can play Spartacus if you can support Flash, JavaScript, and HTML5. If you’re using Flash make sure that you have an updated version for security reasons.

What is the Spartacus Gladiator of Rome slot variance?

This game does not have a published variance figure but the high top prize suggests it may be high volatility. That would mean fewer payouts but larger prizes.

Betting starts at 0.2 coins and rises as high as 250 coins. That should be 20p to £250 on UK casino sites, but make sure you’re aware of coin values, pay-out limits and so on when you play. The top prize is 1 million coins!

Does Spartacus Gladiator of Rome have free spins and bonus rounds?

Yes, there is a free spins round. Free spins come with multipliers depending on how many spins you win.

Is there anything else I should know about Spartacus Gladiator of Rome slot? 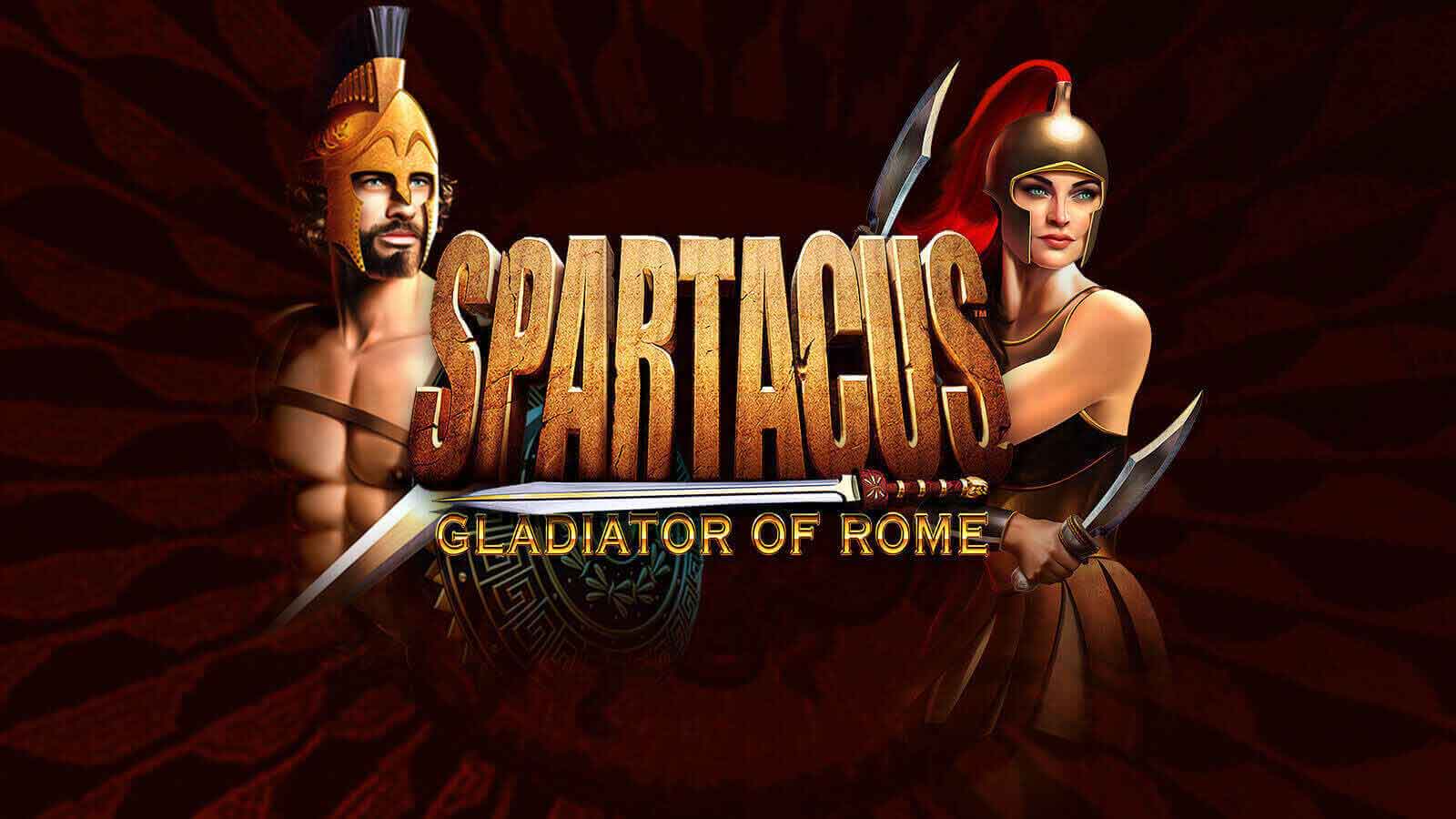 The game is super easy to play and the novel set-up doesn’t extend to the controls which are completely standard.

The paytable is accessed via the information button, and you’ll find:

In the base game, you have Colossal Reels. When a stacking Wild symbol lands on the main reels it also flips onto the big reels.

Free spins are the main bonus, triggered with 3 Colosseum scatters anywhere on the reels. Three symbols give you 8 free spins with a doubled stake; 4 scatters gives you 12 spins and 5-times stake, and you’ll get 20 spins on a 20-times stake multiplier for 5 scatters.

This game has been around for a while, but it is still WMS’ second-best performing game in the UK market. That suggests that the company got most of the important things right when they released it back in 2014.

We certainly don’t find much fault with it.

The gameplay is very novel, with Colossal Reels, a feature that has persisted in a few WMS games. Stacking wilds could mean big wins, and free spins pretty much guarantee big wins with those multipliers on your stakes.

This is almost certainly a high volatility game, so you could be waiting for a win, but if you’re patient then this might be one to try. The staking goes very high, so please make sure that you know your safe limits and only play with money that you can afford to lose.

The graphics may have dated a little bit but that doesn’t seem to bother the thousands and thousands of players who have turned this game into an enduring hit.