ELK Studios love to do things differently. Like so many of the Swedish companies making a difference in the online slots industry, they have built quite a reputation on innovation.

Voodoo Gold slot is very different. As soon as you load it up the game you’ll see just how different, with its big square playing field and the big number of symbols.

This game is part of a series, with Kane the hero and set in Lousiana’s swampy swamps, the American base of Voodoo.

Even this isn’t set, with expanding rows that fill up the screen with symbols, including 4-by-4 giants. There’s plenty more bonus cation too, including another respin-style feature and a free spins round.

There’s a big top prize in this high-volatility game, released in October 2019, which ought to be a hit like the rest of the Kane series from ELK Studios.

When was the Voodoo Gold slot released?

Voodoo Gold is the third slot in the Gold series of adventurer Kane by Elk Studios and it was released in October 2019.

What is the Voodoo Gold RTP?

Voodoo Gold slot comes with a decent return to player rate of 96.1%.

This exciting slot machine features 6 reels, 5 rows, and 4,096 ways to win that can increase to the massive 262,144 ways to win as each avalanche win increases the row by one up to the max of 8 rows.

Voodoo Gold comes with a voodoo theme and the design of the game is excellent. The dark design sets the slot under the protection of the shaman and it is Kane who must take upon an adventure again.

You can play the Voodoo Gold slot on your mobile device. As long as you have a stable internet connection you are free to enjoy this slot on whatever smartphone you have.

What is the Voodoo Gold variance?

Voodoo Gold slot is a high variance game with big wins hiding in the Bonus rounds for which you need to have patience if you want to catch them.

The minimum you can bet on Voodoo Gold slot is as little as 20p per spin while the max bet goes up to £100 which is suitable for high-rollers. The top prize to scoop in this slot is x5,000 the total stake.

Voodoo Gold comes with a Free Spins bonus from 6 to 15 free spins depending on the number of scatters. In the Bonus, non-winning wilds become sticky and each avalanche increases the rows and ways to win. There are also other special features such as exploding symbols, for example.

Is there anything else that I should know about the Voodoo Gold slot?

The Free Spins Bonus round can be re-triggered and you can win up to the max of 30 free spins per round which can bring quite hefty wins.

If you like the Voodoo Gold slot, you can try other games from the series. These include the exciting Tahiti Gold and Ecuador Gold. Also, Rich Wilde and the Tome Madness is another slot with a similar theme with a bunch of wild features and free rounds you should definitely check out.

ELK Studios was founded in 2012, in Sweden. The company says its aim is to make fewer games, concentrating on quality over quantity.

That means that the company has 38 games listed on the UK market at the moment (some companies have hundreds, a few more than 1,000). They’re quality too: Wild Toro was good enough to win the EGR Operators Award slot of the year in 2017 when it came out.

Hit It Hard, a recent release is the current top title for ELK in UK casinos. It’s followed by Ice Wolf, and Cygnus, another recent release, but none of them are in the top 100.

The most recent releases are the most popular, which makes sense, but it’s a shame that ELK games aren’t hanging around for longer. This is a reflection of the realities of the slots industry, in which a few very large companies dominate, and have vertical integration (that is they own the sites and make the games that fil the sites) that allows them to continue to do so.

ELK has a great record, and they’re games are popular when they’re seen, so make sure you check them out.

We’ve mentioned that this game is high volatility (also referred to as variance), but what does that mean? It means that it is more likely to pay out higher prizes, but that those prizes are more likely to be paid out slightly less often. These games are often recommended for “high rollers”, but the reality is really that you may not notice much difference as these measures are long-term metrics. The same is true of the RTP, which (to illustrate that the volatility measure might not have an immediate impact on you) is 96.1%. This is bang on the average for games of all volatilities. RTP measures the reverse of the house edge and records how much of the money put into it a game should return to players over its lifetime.

You can play this game on devices using JavaScript or HTML5. 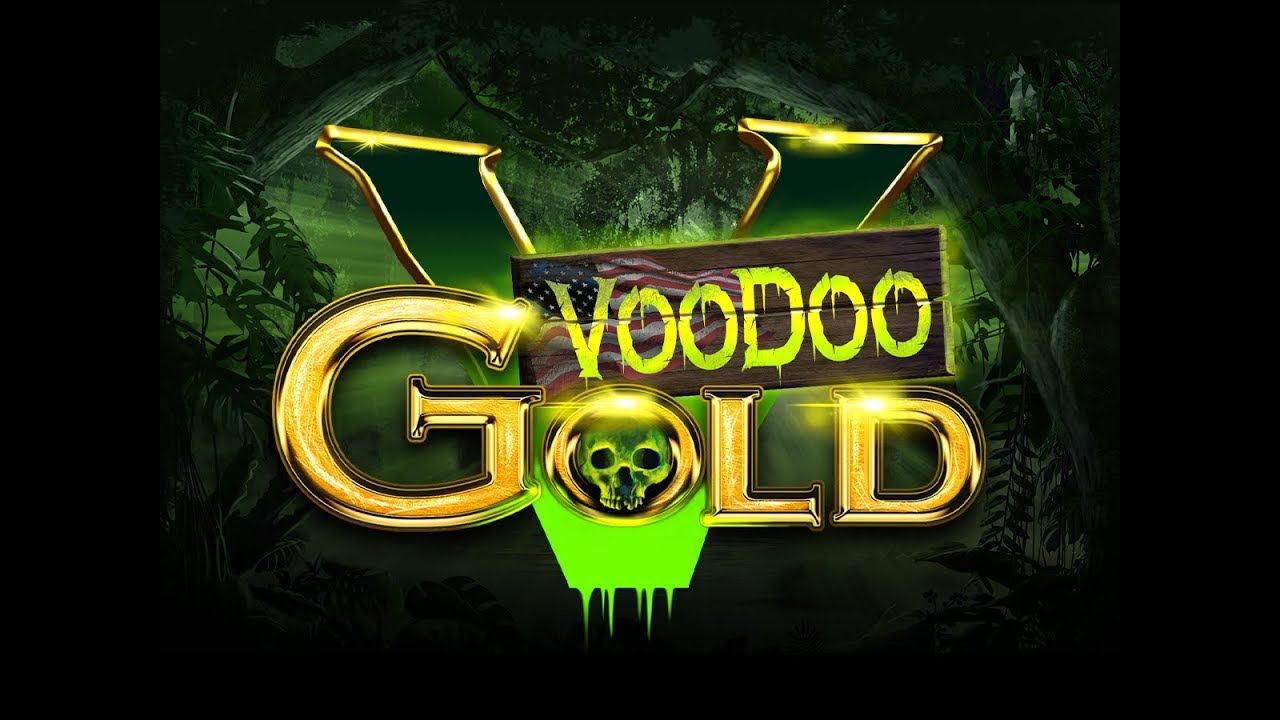 The super minimalist controls on Voodoo Gold slot are beautiful and up-to-date. Basically, you have a floating spin button that disappears when it’s not needed, and simple plus and minus controls to set your staking.

Look for the rest of the controls, including help and information functions in the game frame.

It couldn’t be simpler or more elegant.

Get into the pay table and you’ll see the increased size of the game field in action with a big set of symbols, and pay outs going on to sets of six.

The whole game is novel. In the base game, you’ll encounter Mega Symbols, which come in 2 by 2 up to 4 by 4 sized blocks.

The avalanche feature is a respin feature on wins with increasing numbers of pay lines in play in each consecutive fall as the reels build-up towards their maximum size of 8 rows of symbols with a potential 262,144 ways to win.

Mega symbols act as a guarantor of new wilds in this scenario.

A bomb drops in at random for another respin feature.

Free spins are the classic bonus round and you’ll find them here, triggered, in the usual way via scatters, with 3 to 6 scatters awarding 6, 9, 12, or 15 free spins. Wilds become sticky in the free spins round, and the avalanche feature’s increases in pay-lines and rows stay in place until the end of the round.

This game was a pleasure to discover.

ELK Studios turn out quality release after quality release, and this is such a worthy addition to the series of gold games, taking Kane on a new adventure.

The graphics are superb. The sound is good. The animation is great… You get the picture, we enjoyed playing this game.

High volatility might put some players off, but it shouldn’t: the RTP is just the same as most other games, and you can always remember to keep your stakes low (as you should for safe gaming in any case).

The Voodoo Gold slot is a wonderful game and one you should try out now.