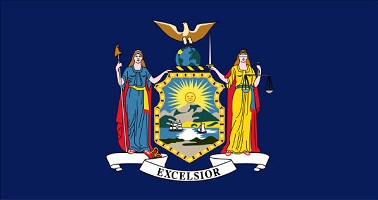 Recently, there have been many changes to the gambling laws in New York. Governor Andrew Cuomo has signed legislation that makes casino gambling outside of Indian reservations legal. New York could open its first Las Vegas style casino as early as next year. However, as the first stop for many immigrants coming to America, gambling has always played a role in New York’s history.

New York is one of the few states to have specific laws against online casinos, however along with other states it is in the process of paving the way for complete online gambling regulation.

There are currently a variety of online options open to players in New York.   Casino, poker, bingo and sportsbook sites exist that cater to American players who wish to play online.  We have compliled a list of the best and safest online casinos for New York players which you can view in the USA sections of this website.

Gambling remained illegal in New York until November 7th, 1939 when the Constitution was amended to allow betting on horse races. This type of gambling is known as parimutuel. In 1957, an amendment was made to the state Constitution to allow bingo games. There were restrictions on who could hold bingo games, and most of the games were sponsored by churches or other charities as a way to generate more funding. In 1966, New York voters chose to amend the state Constitution to allow for a state run lottery program. The first lottery was held in 1967, and the slogan for it was ” Your chance of a lifetime to help Education”. All of the proceeds from the state lottery went directly into an education fund. 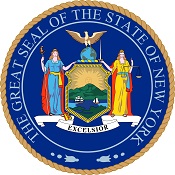 In 1993, class III Indian casinos became legal. A class III casino allows for patrons to gamble against the casino. These casinos featured table games such as black jack, roulette, and craps, as well as slot machines. The first Indian casino was opened on June 20th, 1993 by the Oneida tribe. The second tribal casino was opened on April 10th, 1999 by the Saint Regis Mohawk Tribe, and the third was opened on December 31st, 2002 by the Seneca Tribe. The state of New York has eight federally recognized Indian Tribes, but only three have opened casinos at this time.

Before 1999, gambling could not be advertised in New York. The only exception was for the tribal casinos. However, in 1999 the Supreme Court ruled that it was legal for casinos to advertise private casinos in the states that allowed them, regardless of whether or not they were operated by Indian tribes.

In 2001, the state of New York approved legislation that allowed for video game machines or VGM’s at New York racetracks. The video game machines offer games like slot machines and keno. The games are played in denominations ranging from five cents to ten dollars. The machines all accept cash but they do not pay out in cash. Your winnings are printed on a receipt that you take to a cashier who will then pay you.

Gambling at the Indian casinos is only open to patrons who are 21 and over, and the casinos are the only places where table games are legally allowed. All of the casinos offer a variety of games such as blackjack, roulette, Caribbean stud poker, slots, and craps. Some of the Indian casinos also offer games like keno, baccarat, mini baccarat, Spanish21, pai gow poker, let it ride, big six wheel, casino war, and three or four card poker. All of the casinos are cashless. In order to gamble you must visit the cashier for a “smart” card. You place the amount of money that you want to play with on the card and then your winnings and losses are added to and taken from it. When you are done playing you go back to the cashier and collect your winnings off of the card. Currently, the biggest casino in New York is the Seneca Niagara Casino which features over 3000 different slot machines, and nearly 100 table games.

Gambling has always been a part of New York history, but with the recent changes to gambling laws it is sure to play a much bigger role in the future. Before you know it there won’t just be Indian casinos for your gambling entertainment. There are sure to be some privately owned gambling resorts and casinos opening up in the very near future. Perhaps New York will become the Las Vegas of the East!