More likely than not, each slot fan has a personal favourite when it comes to the team responsible for making the magic happen. Some of us are suckers for beautiful designs and animations, others look for an abundance of features, high win potential, best entertainment value or uniqueness. Either way, it’s fairly clear who rules the online gaming scene these days and in our countdown of best online slots providers below, you’ll find an overview of slot masters whose products you simply have to try.

The list was compiled to include giants that have been around since the dawn of online casino gaming and are still going strong, but also young rising stars which are already making a difference. Why is it a “top 11” list? I could say it’s purely to break the norm of the omnipresent “top 10”, but the truth is the decision to take one of the developers off the list has proven to be impossible. Read on to find out why… 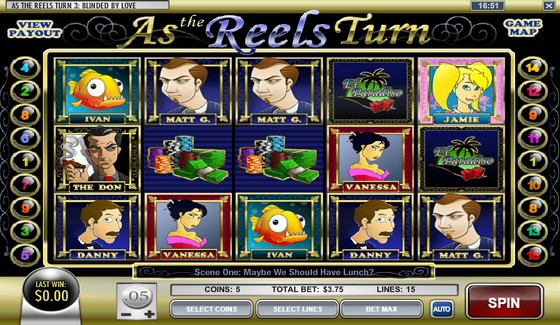 Founded in 2006, Rival is not among the industry seniors but also not a newbie. They’ve used 10+ years in existence to establish a unique point of excellence, creating a portfolio of engaging and graphically rich titles with fun animations available in both download and instant play version.
Highly interactive iSlots are a special treat, each telling a story the development of which depends on your skills and luck while playing bonus rounds. Some excellent examples include As the Reels Turn, Cosmic Quest are Reel Crime. While not as widely represented as the likes of NetEnt and Microgaming, Rival games can be found in more than a few popular online casinos and are also accessible to US players. 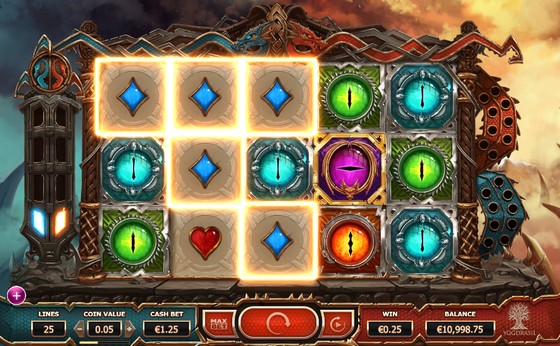 Having been established in 2013, Yggdrasil didn’t take long to create a lasting impression within the international gaming community. Their beautifully designed and creatively executed slots filled with high adrenaline action, are as enjoyable to look at as they are to play. Jokerizer was the first video slot the company has released, followed by several other impressive titles which have won Yggdrasil titles of Slot Provider of the Year at 2016 EGR B2B Award, and iGaming Software Supplier of the Year at 2016 International Gaming Awards.

This rising star consistently delivers complete packages consisting of high-quality and modern design, interesting themes and well developed concepts, plus a variety of unique special features. It’s not easy to single out the best, but let’s give it a try; spinning the reels of Double Dragons, Legend of the White Snake Lady, Big Blox and Bicicleta should be more than enough to make you a lifetime fan. Yggdrasil has been developing their games using HTML 5 code, which doesn’t only mean no downloads, but also allows them to be played on a wider range of devices. 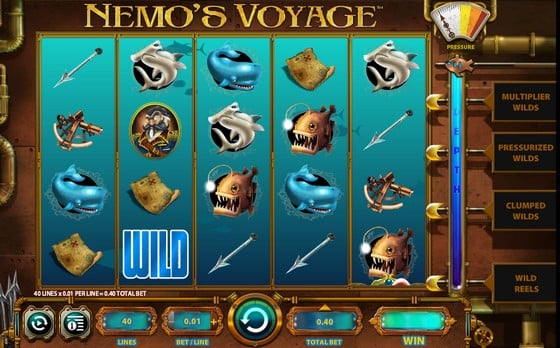 WMS is an American software developer with roots going back to the Williams Manufacturing Company which has been producing pinball machines since 1943, and later on added physical slots to their portfolio. In 1996 WMS launched Reel ‘Em In, the first American video slot machine offering a second-screen bonus round, and in 2012 Williams Interactive was formed to exploit the company’s experience in the online arena.

Consequently, these days players from around the world get to enjoy slots featuring locking symbols, cascading reels, extra rows and a variety of features which are there to boost your winning chances. WMS’ portfolio offers quite a few games with unusually high RTPs going up to 98-99%, such as Nemo’s Voyage, Ooh Aah Dracula and Monopoly Big Event, along with universally liked slots inspired by movies and TV shows, such as Star Trek, Mad Man, Men in Black and The Wizard of Oz. The company has opted for convenient instant play format which allows players to access their games through web browsers. 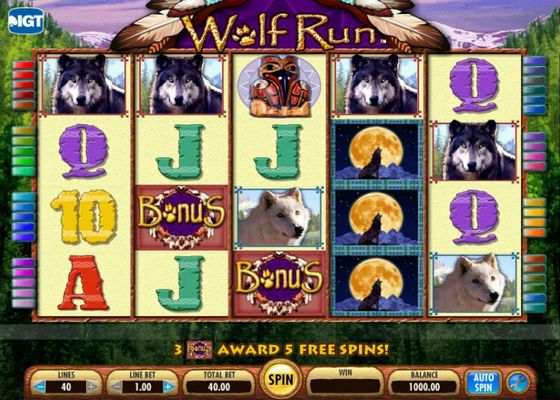 IGT (full name International Game Technology, in case you were wondering) is one of the leading providers catering to both online and land-based casinos. The company was founded way back in 1981, and the partnership with Wagerworks, struck in 2005, has made it possible to transfer games from brick-and-mortar casinos to the online world. They’ve done it so no software download is needed to play.

IGT’s portfolio is not huge, since the developer apparently believes in quality over quantity, but it does feature engaging slots with diverse themes and respectable win potential. You’re likely well familiar with titles like Da Vinci Diamonds, Wheel of Fortune, Wolf Run, Family Guy and Pharaoh’s Fortune, though you may not have had a chance to experience mega jackpot slots such as Cleopatra, Cluedo and Monopoly, since they can only be played for real cash. 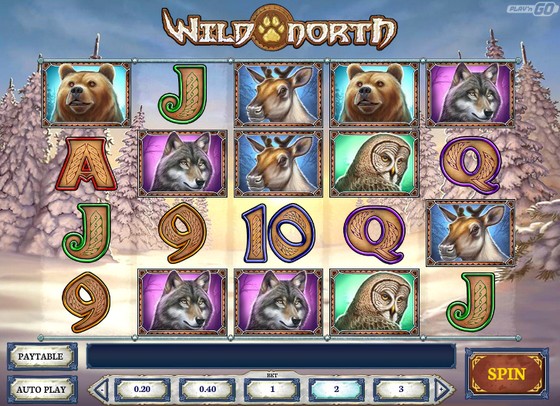 Not sure what makes Sweden such a fertile ground for breeding successful software developers, but Play’n Go is among more than a few which have benefited from the country’s supportive attitude to the online casino sector. Their slots are highly popular thanks to the fact they tick all elements on our wish list: they are visually attractive (despite the somewhat simplistic graphics), creative in themes and execution, action-packed, and offer plenty of features with a high win potential.

Having arrived to the online gambling scene in the mid-90’s, the company has marketed an array of successful slots, table games, video pokers, bingo games and scratch cards, all playable online directly in your browser. Slot fans have shown particular appreciation of Riches of Ra, Aztec Idols, Cops n Robbers, 7 Sins, Aztec Princess, Book of Dead and Wild North. 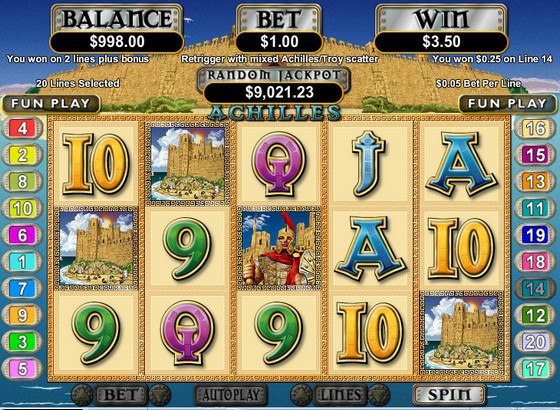 RTG has been providing online casino games since 1998, making them available to both the US and international players. Their slots may not pack a punch visually, but they are generously packed with lucrative special features. The developer is most renowned for their Real Series slots which will dazzle you with a wealth of bonus rounds and potentially award one of the two random jackpots. Among these you’ll find Aladdin’s Wishes, Achilles, Enchanted Garden, Cleopatra’s Gold, Aztec’s Millions and Jackpot Pinatas. Another attractive element of RTG software are daily, weekly and monthly slot tournaments which offer an opportunity to compete against one’s peers and win cash prizes. RTG products are available in downloadable software as well as instant play version.

What makes the company highly popular with operators and not so much with players, is that they allow the casinos to choose how high or low a game’s payout percentages will be (and you can imagine how some rogue operators could misuse this tempting opportunity). Another thing you should be aware of is that many of their slots come with a win cap, so that regardless of how high you score, they will only allow you to collect up to the maximum win limit. 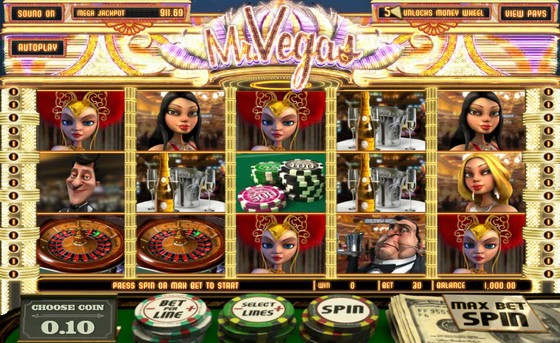 BetSoft has been launching amazing 3D casino games since 1999, and in my humble opinion, they do it much better than anybody else. We’re talking movie quality visuals and animations, making each of their slots a work of art. But why stop there, the team must have said before wrapping the action in creative concepts consistently interpreted across all elements of the game.

Try spinning the reels of A Night in Paris, Mr. Vegas, Mamma Mia, Arrival or Whospunit?, and you’ll see what I mean. Whichever of BetSoft games you happen to launch, you’ll find unique features which fit beautifully into the story and have the potential to award substantial wins. The only disadvantage is that, due to cinematic, 3D-like experience, games may feel a bit sluggish when playing on older computers with slower Internet connections. BetSoft’s jaw-dropping portfolio is available to players around the world, including the US gamers. 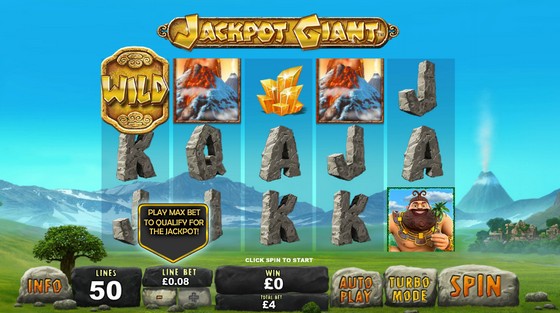 Playtech was established in 1999 and has since become a force to be reckoned with. They’ve poked their competent noses pretty much everywhere and as a result boast an incredibly diverse portfolio consisting of classic and video slots, table games, video pokers, bingo, scratch cards, poker, live games and fixed odds games.

When it comes to slots, the developer is best known for their universally liked Marvel Series slots, featuring Iron Man, Fantastic Four, X-Men and The Incredible Hulk, movie and TV series themed titles like Rocky, The Mummy and The Sopranos, and progressives such as Beach Life, Jackpot Giant and Gold Rally with the potential to create multi-millionaires. Do note that a good many of Playtech licensees have low monthly withdrawal limits, which is why you should take extra care when choosing the casino you’ll play at. Another downer is that the company stopped servicing US casinos as the result of the Unlawful Internet Gambling Enforcement Act of 2006. 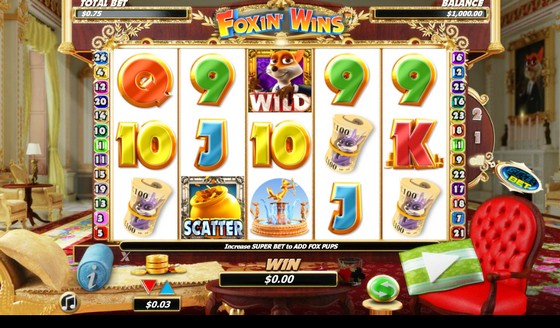 Nyx Group is one of the major players when it comes to online slots and casino games in general. It not only provides gaming content developed by in-house gaming studios NextGen Gaming, Side City and Icecap Studios, but also that produced in other creative studios via their Open Gaming System platform. All their products are delivered in a no-download format.

NextGen slots are easy to recognise thanks to wonderful graphics and animations, along with tons of innovative in-game features such as Up Wilds, wild icons which make their way vertically up and leave extra wilds behind, Slide-a-Wild which allows you to place wild symbols wherever you want, Select-a-Play offering the player to adjust free games vs. win multiplier ratio, and DynaReel feature adding bonuses and other interesting elements. SuperBet feature lets you make an additional wager which will increase potential payouts and is often combined with enhanced wilds and free spins. NextGen has won our hearts with the likes of Medusa, Doctor Love, The Snake Charmer, Foxin’ Wins, Merlin’s Millions and Great Wild Elk. 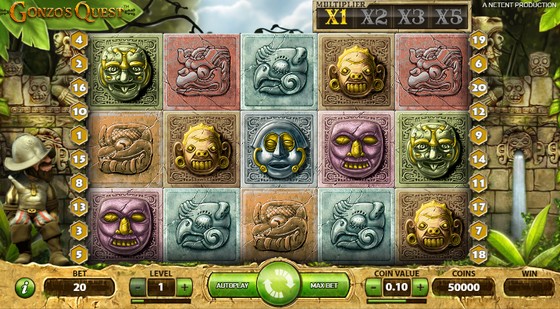 NetEnt is one of the providers giving Microgaming a run for their money, even if they boast a significantly smaller game catalogue. The company was founded in 1996 and has since won zillion awards, acquired fans in every corner of the world, partnered up with more than 170 reputable online casino operators, and claimed the title of one of the industry leaders. It’s not easy to find a casino which doesn’t feature products by this popular developer, and why would you want to anyway? NetEnt keeps dishing out brilliant browser-based casino games across different categories, and their impeccably produced slots come with a variety of themes and features.

Traditionalists among you will love Lucky 8 Line, Twin Spin and Super Nudge 6000, and those of you who like their slots more complex in terms of paylines, graphics and features, should launch omnipresent Gonzo’s Quest, Jack Hammer 2, South Park, Blood Suckers, Boom Brothers or Guns ‘n’ Roses. NetEnt’s game catalogue also includes more than a few highly tempting progressives, such as Hall of Gods and Arabian Nights, and their Mega Fortune has even made it to the Guinness Book of World Records thanks to a player who managed to collect more than €17 million in a single spin. 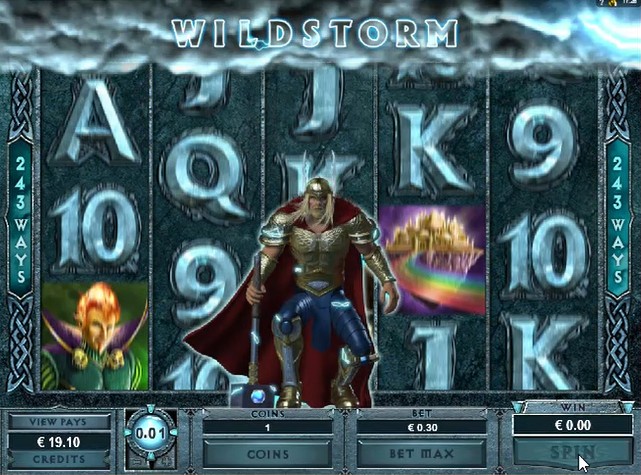 Even a nano-second’s exposure to the online gambling world would ensure you’d stumble upon more than a few Microgaming products. This industry giant has been around for donkey’s years, or more specifically since 1994, and during this period managed to release more than 800 outstanding online slots, table games and live dealer games.

It would be easy to bask in the glory and keep trying to reiterate past winning formulas, but Microgaming has managed to avoid that trap. The company keeps innovating and continuously surprises us with creative themes and superb executions. Some of their best work includes classic fruities such as Break Da Bank, Couch Potato and Cosmic Cat, hugely popular video slots like Thunderstruck II, Immortal Romance, Bust the Bank, Terminator 2 and Lost Vegas, along with progressive Mega Moolah, Major Millions and King Cashalot. Their slots are available both in download form as well as instant-play versions, though sadly, since 2008 they are no longer accessible to American players due to US gambling laws – unfortunately for you Americans, this has been a top 10 countdown of best online slots providers; surely there’s a Spinal Tap reference to be made here!