Blueprint Gaming are a major-league, UK-based slots designer. The site we use as an industry guide currently lists 149 of their titles as operating in UK casinos, including some you will surely have seen: Return of Kong Megaways, Genie Jackpots Cave of Wonders, and The Goonies.

Those are some big titles and some big series. Blueprint Gaming obviously has a decent presence in the UK market.

It should do too because Blueprint Gaming is a massive company with a long history that goes back to the 1950s.

As well as making slots online, Blueprint Gaming produce off-line casino slots, called cabinets, and they also produce a lot of back-up material and tools for the companies that run the slots.

Blueprint Gaming is a part of the Gauselmann Group, a German company that produces all sorts of gaming products that include off-line gaming consoles and casino software.

It’s important to know this because it is a common part of the casino industry.

Gauselmann run a number of large gaming design studios, and those companies, like Blueprint Gaming, in their turn can work with other companies to produce new titles with a slightly different look or feel to their usual output.

Let’s take a tour of the world of Blueprint Gaming. 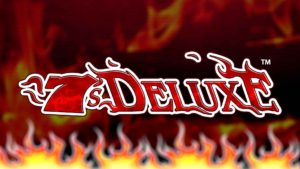 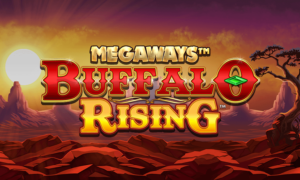 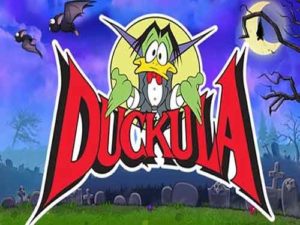 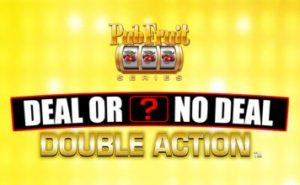 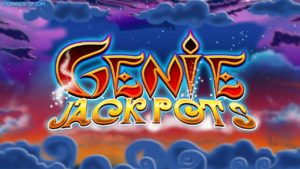 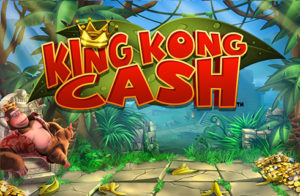 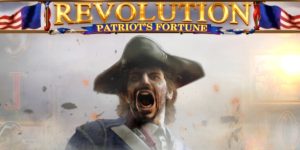 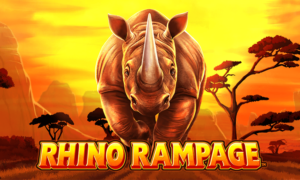 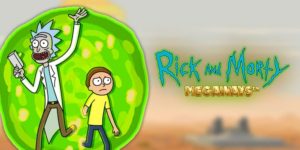 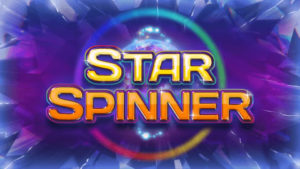 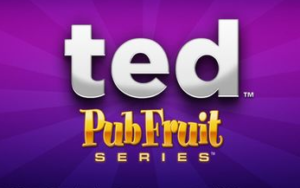 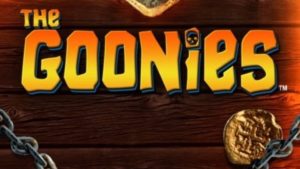 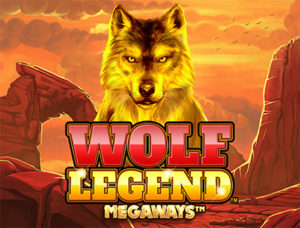 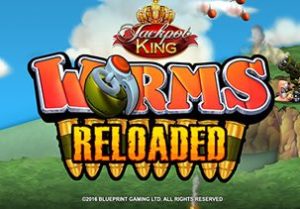 Who Are Blueprint Gaming?

Blueprint Gaming is, according to them, “a leading UK based game studio”, which we aren’t going to argue with. They are as we’ve said, part of the Gauselmann Group. Blueprint Gaming say that they make slot games for the online and mobile markets. They also release games into more than 100,000 cabinet games in the UK, Germany and Italy.

When they say UK based, Blueprint Gaming mean that they have a UK headquarters, which is found in the relatively modest environs of a business park in Newark on Trent in Nottinghamshire.

The company structure is a little more complex than that though.

There is the company that has its base in Newark, which is called Blueprint Gaming Ltd. Then there is Blueprint Technologies Ltd. This company is based at the same address.

Each of those companies on the Blueprint Gaming website has a link next to it to the company’s “tax strategy”. And that’s probably a fair part of the reason why there is a Blueprint Technology in Gibraltar and Malta.

The gaming industry is now global, so it’s very easy for a company to set up a branch in a country with a regulatory and tax regime that suits it. This can be a problem for players. If you have very strong ethical demands of the company’s that you do business with you may not wish to get involved with what you might consider tax avoidance.

Gibraltar and Malta are two of the commonest locations for online casino businesses. Those countries have set themselves up to serve those industries as off-shore bases for the UK market. They used to licence a lot of the companies too and had well-regarded gambling regulatory regimes.

That is no longer the case, and allows us to answer our first question:

Can You Trust Blueprint Gaming Slots?

Although the company is semi-offshore, they have EU bases and full addresses and telephone numbers for those addresses.

Blueprint Gaming has a load of licensing!

Their UK site shows licensing from the UK Gambling Commission, a piece of (electronic) paper without which no UK player can engage with these games.

They also have a license from the Alderney Gambling Control Commission. Alderney is in the Channel Islands and is another favourite off-shore location for gambling businesses, no doubt because of its low tax rates.

Finally, there is a licence from the Malta Gaming Authority. Malta is in the EU, and its licensing regime is recognised as being high quality.

These are great starts in your safety checks, but you should always check the licensing for the casino site you are using as well as for games and game producers.

Blueprint Gaming is part of the Gauselmann Group. So who are they?

The company has roots that stretch back to 1957 when Paul Gauselmann started putting games and jukeboxes into bars and cafes in Germany. Young Paul was an entrepreneur and keen on growing his business, while initially working a full-time job in addition, and also an electronics enthusiast who has several patents to his name.

The company structure also changed. The central entity of Gauselmann is Gauselmann AG, a holding company. Off this central hub spin many other businesses, some of which you will recognise as online slot providers.

The company first went into online gaming in a big way in 2006, when Merkur Interactive GmbH was established.

Blueprint fits into this wider corporate structure and also operates as a group in its own right.

The company is based in the UK, which is one of the world’s best locations for developers and designers.

Blueprint Gaming is linked with Blueprint Technologies (in its various guises), and Blueprint Operations helps provide Blueprint games in cabinets to real-life venues.

Blueprint produces games, and it also works with other companies who provide it with games which then get sold into the gigantic network we’ve seen outlined above.

If you take a quick look at the Blueprint Gaming news pages, you’ll see a lot of news about new partnerships, both with developers (who make games) and, most recently, with gaming platforms, who can make Blueprint’s games available to more players.

To take a couple of examples:

In June 2019, Blueprint Gaming struck up a partnership with iGaming Platform, that saw Blueprint’s games released on the GameHub that the company runs. And,

In February 2019, Blueprint Gaming bought the London-based game design studio, Project. Project make games that are played off-line, and Blueprint announced its intention to take those titles online – and to its vast audiences.

So we see Blueprint Gaming growing in all directions, both up and down the supply chain.

If you came here for a guide to Blueprint slots that was going to tell you how to score win lines on King Kong Cash then you may be wondering what all this has to do with you.

You have a point. But we think it’s useful for players to understand how the games they play get put in front of them, and to use that knowledge to have a realistic idea about the way the industry operates.

The online slots industry is made of multiple different brands. But there are many more brands than there actually are companies. And this introduces something of an illusion of competition.

It is easy to see the advantage to Blueprint Gaming of owning not just slot game titles, but also the casino sites in which they will be accessed by players, and all the systems needed to deliver those games to players, and multiple companies producing games that don’t appear to be made by Blueprint Gaming, but in effect are.

If the best advice you can ever receive is to worry about the things that you can control, then all of this is relatively irrelevant to a player. However, it’s very worthwhile knowing that a certain amount of the “shopping around” you do in the online casino is shopping among an endless line of things that are essentially the same.

So, it may be a waste of time.

And with that out of the way, we can look at slots!

Blueprint Gaming has 145 video slots currently in the UK market according to a well-known industry audit site.

We’ve mentioned the company’s size and expansion along the supply chain, and it would be naïve to imagine that this doesn’t impact how well they are able to sell their games to casinos, and how well these games are featured in-game lobbies.

The company’s titles are enormously varied, covering every genre, style, and theme we can think of.

Here are a couple of Blueprint Gaming’s headline achievements:

Megaways is a licensed technology from Big Time Gaming that is used by Blueprint Gaming. The system allows the game to change the number of different types of symbols on each spin. This gives enormous numbers of potential “ways to win” – though it is always worth remembering that having many ways to win doesn’t change the number of times you win.

Jackpot King games are local progressives. That means that the games contributing to the big progressive jackpot prize are linked within a single casino site.

The prizes are a three-level system, with Royal, Regal and Jackpot King prizes. The Royal and Regal prizes have a “must be won” system that guarantees pay-outs after certain amounts of cash have been built up in the prize fund on more recent titles.

Progressive prizes like this are the only games that do actually pay watching to see when they are “ready” to payout. No other games should be considered in this way. Ever.

Taking a survey in August 2019, the top titles from Blueprint Gaming are these:

We’ve mentioned the company’s news page. While it’s true that you’ll see a lot of corporate news there, it’s also brimming with new releases, which pop out of Blueprint Gaming as regularly as Chelsea let in a goal under Frank Lampard.

The latest releases were:

The games keep coming, and Blueprint Gaming is planning massive releases through August 2019 and beyond.

And Irish Megaways is exactly what it sounds like.

You can expect more new games in all genres from Blueprint Gaming.

We know that we can trust Blueprint Gaming slots because they’re licensed by everyone. We also know that the company is big, successful, and has got to that status for a host of reasons that include producing excellent quality games – especially big tie-ins.

The company has always innovated and continues to. Blueprint Gaming offers the multi-pay-line Megaways system and has its own progressive jackpot system.

There isn’t a particular graphic style with Blueprint because they operate across the market and in all possible genres of online video slots. You can be assured that the games will look good.

Blueprint Gaming games are easy to play and tend to have a simple set up with Autospin and spin buttons the main features of their control panels. Games differ, but all of them have good help and information options.

Blueprint Gaming is one of the giants of the industry, you have almost certainly played their games whether you know it or now. You will find Blueprint Games almost everywhere you go – if you love them online you can look for them in real-life casinos and arcades too.

Blueprint gaming is a trusted company with multiple safeguards for players and offers a great gaming experience. Keep an eye on their Jackpot King games for guaranteed pay-outs, and keep an eye on the company’s website – or sites like ours – for new titles coming down the pipeline at all times.