Red Tiger have been in the news as we prepare this guide for you: in September 2019, NetEnt, one of the world’s largest gaming and casino companies coughed up an impressive £200million for Red Tiger.

No doubt there were celebrations in the Red Tiger HQ on the Isle of Man. This was a major coup for a company that was only five years old.

The company joined the NetEnt empire then, but the company has remained sort-of independent, and will still be producing their own games, but will have NetEnt’s enormous networks to help them spread their message around.

The company already has around 120 slots on the UK market and has notched up some sizeable hits, including the Pirates’ Plenty series, and the popular-in-2019 Dragon’s Luck. They also make casino software for other companies, who can use their systems to run games and manage accounts for their customers.

So it’s an exciting time for Red Tiger. Let’s take a more in-depth look at them and their work. Stay with us to discover the best Red Tiger casino sites and Red Tiger slots online. 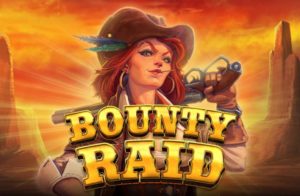 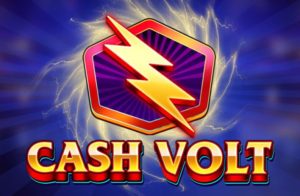 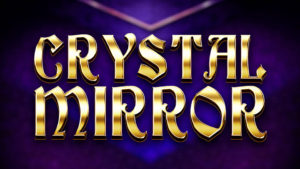 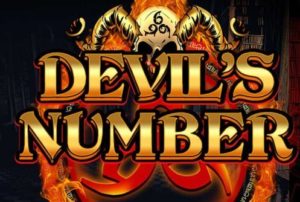 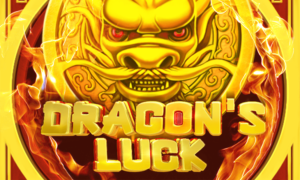 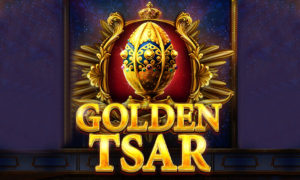 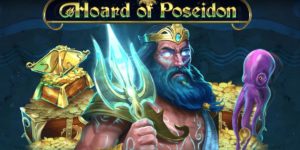 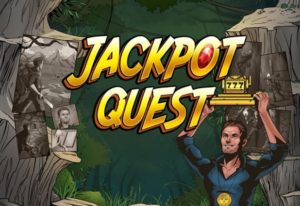 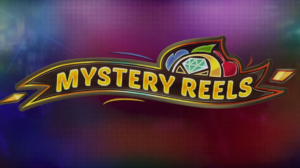 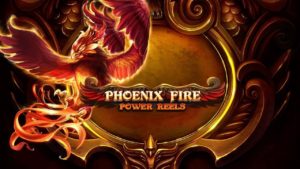 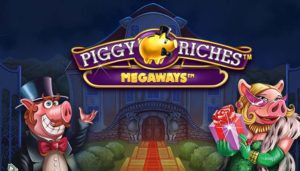 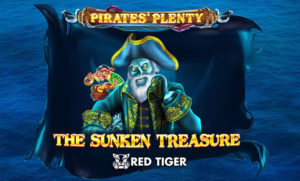 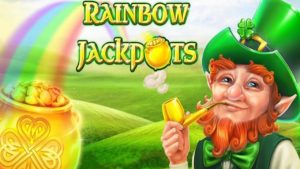 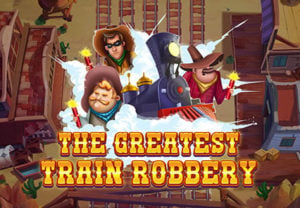 Red Tiger have always been quite low-key. It’s only with the recent merger or takeover (whichever you prefer) with NetEnt that their website offers much in the way of information about the company.

We do know that the company was founded in 2014, by “a group of industry veterans”. The news releases around the time of the takeover told us a little more, and introduced us to Chief Executive Officer, Gavin Hamilton, and subsequently we’ve discovered Red Tiger director of business development Carl Ejlertsson, who was quoted in a story that might be one of the first fruits of the NetEnt deal, the arrival of Red Tiger in the Interwetten Casino site.

The company’s website sings the praises of its mathematicians, software developers, graphic and sound designers, and more, who help the company make games that contribute to the Red Dragon philosophy: “the science of fun!”

Like many companies in this sector, who often recruit and who want to portray a fun, creative atmosphere, the company makes a show of its headquarters.

The Isle of Man is both within and without the UK, and it is a popular jurisdiction for businesses, and particularly gambling businesses.

The Isle of Man is classified as a British Crown Dependency and is to some extent an independent nation (though the Queen is the head of state).

This means that the Isle of Man can set its own rules, and it has done so particularly in regards to taxation. This has made the country an attractive Offshore Financial Centre, that is a country that provides financial services to companies who set up in their jurisdiction without necessarily carrying out business there. The internet has made more and more businesses remote, and casino sites are a completely intangible business. They can set up anywhere where they can get a licence, and they’re going to set up in a low-tax environment if they can.

The Isle of Man for a long time was used as a gambling regulatory authority by companies offering casino sites to UK users.

All that talk of the Isle of Man may have you thinking that there’s something fly-by-night about Red Tiger Gaming.

As we’ve mentioned, online casino sites don’t produce an actual physical product, so as long as they’ve got an internet cable and a good legal system on hand they can set-up pretty much anywhere. Some jurisdictions have played an outsize role in the history of online gaming, and the Isle of Man is one. (Gibraltar, Malta, the Channel Islands are three others – all off-shore in some sense, and able to offer good quality licensing and regulatory authorities at low prices).

We always remind our readers that the first thing that they must check on any game or site they use is the licensing. If a site or game isn’t licensed you have no recourse if anything goes wrong – this is a rule to which there are no exceptions.

So it’s good news that Red Tiger has loads of licences!

Red Tiger Gaming’s licence is number 43114, and it entitles the company to run remote casino services and remote gambling software for UK customers.

There are no sanctions or notes recorded on the licence, and the company doesn’t operate under any other names or for other URLs.

There is also a licence from the Malta Gaming Authority, a highly regarded regular whose paperwork is accepted in multiple jurisdictions. That lists Red Tiger Gaming (Malta) Limited or Gzira in Malta. That company is licensed under two licences: MGA/CRP/480/2018 for business-to-business services. Licence number MGA/CRP/480/2018 is a type 1 Gaming Services licence in the casino vertical.

That gives us at least four separate companies, all correctly licensed to carry on gambling activities and to supply software to gambling companies around the world.

They’re a quality company, and despite their relative youth, they are swimming in awards.

What Red Tiger Gaming Do

They divide their productions into “games”, “engagement” and “back office”.

Games are obvious enough to slot players. This is what you interact with as a player, and it’s obvious what they are.

When we come to talk about casino software things necessarily become a bit more complicated, and we need to explain a new relationship. The customers for casino software are not slot players, it’s the companies who run the websites on which you play the games. And that makes you, the slot player, part of the product.

When a casino software company talks about increasing revenues, it is talking about taking more of your money. This might be money freely spent, of course, but the intention of the casino site is to get you to spend as long as possible at their sites because, in the long run, you will lose money – or spend it, however, you want to look at it.

Please bear this relationship in mind as you interact with casino sites.

Engagement from the casino’s point of view is getting players to play more. This is software that the customer will experience but not in a way entirely of their choosing; it’s a form of marketing.

You’ll probably be aware of these tools, and this is what Red Tiger Gaming’s offering looks like:

An integrated side panel is used by the casino company to manage these tools.

This is an increasingly common sight on casino sites. Most casino games should be played for fun, without any consideration of pay-outs. While that sounds counterintuitive it’s the safest way to play. Any suggestion that slot games pay out at a particular time or to a particular timetable can be dangerous for players. The “Gambler’s Fallacy” distils this belief amongst gamblers that the longer a random event takes to happen, the more likely it is to happen. But it isn’t.

Game makers can break this rule, by setting up games to pay-out to some sort of schedule, and it’s with this function that the Daily Drop Jackpots Network works, showing games to players that do pay out to a schedule.

These include hourly pay-outs, as well as daily jackpots. Some of these are progressive prizes. Progressives take a small slice of each stake and add it to a prize pot to build up a major prize.

This is another casino operating software option from Red Tiger Gaming, delivering marketing messages to players.

The sequence is split into three: Engage, Reward, and Cross Sell.

Remember that you’re the product here.

Engagement means offering you something – a bonus of some sort usually – to get you enthused. The reward is a guaranteed prize of some sort – free spins for a minute, a bonus within the next ten rounds, and progress bars. This is called gamification, and it is designed to make you play (and spend) more. Gamification turns transactions into challenges.

Then the site will attempt to cross-sell to you, with offers from different parts of the site, with slots prizes offered to table game players and vice versa.

Red Tiger Gaming also run their own jackpots on the games they make. These can be progressives or the sort of daily jackpots that can be flagged up via the jackpots network.

Tournaments are a standard way to market slots to players, and another example of gamification. Instead of playing a game on your own, for cash prizes, you’re invited to play against other players, often with a set number of spins that you don’t have to pay for. At the end of the tournament, the player with the most wins takes a prize.

Again, you’re the product when we talk about this sort of software.

These systems are the machinery that makes the casino sites you use work. Their purpose is to get more of your money.

Red Tiger Gaming produce a number of apps that manage the casino’s relationship with their customers.

You’re the casino customer. It’s good for you to have a smooth relationship with the sites you use, with systems that work, but make sure that when you spend money at a site it’s your choice, not the choice of the site alone.

Some of these systems are purely technical, but others will have an impact on how your gaming experience goes.

This set of tools “monitors” each client. Management tools set up marketing campaigns. And reporting software gives the casino operator all the information they need to deliver a system that works.

Games are the most important part of the operation for our readers.

Red Tiger Gaming currently lists 100 slot games and four table games on its website. Among the slots are some upcoming releases – we complied this list 12 hours before the release of Dragon’s Luck Megaways.

The Red Tiger slots are a varied bunch, across all genres and styles.

For example: The aforementioned Dragon’s Luck series are Chinese-themed classic, retro slots. The Pirates’ Plenty series are themed around history. Fruit Snap is a classic retro slot. Golden Leprechaun is a luck of the Irish style game. There are adventure games, classic games, sci-fi slots, music slots, Latin-themed slots, you name it.

The current most popular Red Tiger slots titles in October 2019 were:

There were three releases in the pipeline in October 2019: Dragon’s Luck Megaways, Da Vinci’s Mystery Super Lines, and Gold fever.

There are just four titles here:

Deal of No Deal Blackjack, Blackjack, European Roulette, and Baccarat.

Where can you Play Red Tiger Casino Games?

There are too many casinos to list in full, but the sites where you should be able to find Red Tiger Gaming Games include:

Casumo, 888 Casino, Mr Green, Casino Cruise, and many many more.

Of course, the link-up with NetEnt will see these titles appearing in many more Red Tiger casino sites.

Red Tiger produce good quality games across all genres and styles and they innovate all the time – check out their Megaways, and Power Reels systems and their willingness to use unusual grid set-ups.

You can find these games in almost all UK Red Tiger casinos and you can play them safely (as long as you’re at a licensed site) knowing that the manufacturer is fully audited and licensed across multiple jurisdictions.