We’re confident that WMS Gaming employees are an imaginative bunch.

Otherwise, they couldn’t have produced such a diverse portfolio of top slots games that are completely different from one another, be it in terms of theme, design, or game mechanics.

Want to see exactly what we mean?

If you’ve yet to explore their games, our list of the top 7 WMS slots is a great place to start. 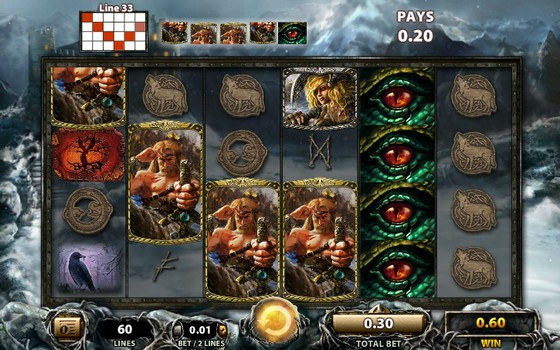 Number 7 in the top 7 WMS slots is Viking Vanguard. In this game, you should help a Viking defeat a dragon and, if you are successful, you will get rewarded for your efforts.

During each spin, a Wild stack will randomly appear, subbing for all except Scatter icons. Spinning 3 of the latter will launch 8 free games. If you land 5, your total bet will be multiplied by x10 and you’ll get to play 100 rounds at zero cost.

While you’re spinning for free, the Wild reel will remain Wild throughout; not to mention, you’ve got a chance to turn all of the other ones Wild as well.

Tempted? Step into the tundra at PlayOJO, Videoslots, or EU Casino.

#6. Bruce Lee Fire of the Dragon 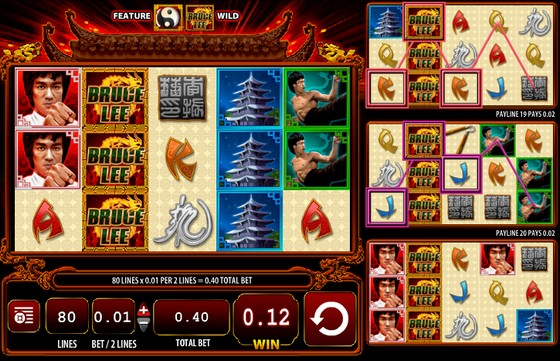 Play Bruce Lee Fire of the Dragon at Videoslots Casino

In 6th place, we have Bruce Lee Fire of the Dragon. In this game, you get one primary and 3 secondary reel sets on the right. All of the sets spin and deliver combos independently.

This only changes when it comes to two important symbols – Stacked Wild and Scatter. If they appear on primary reels, they will be placed in the same positions on all three secondary reels.

Yin Yang symbols will launch 10 free games with a maximum of x12 multiplier. These symbols can get retriggered with additional Scatters. Even if you manage to score only 2 Scatters on main reels, you will still have 3 opportunities to land the third one on one of the secondary reels.

If this game seems like your cup of tea, then make sure to visit Videoslots Casino. 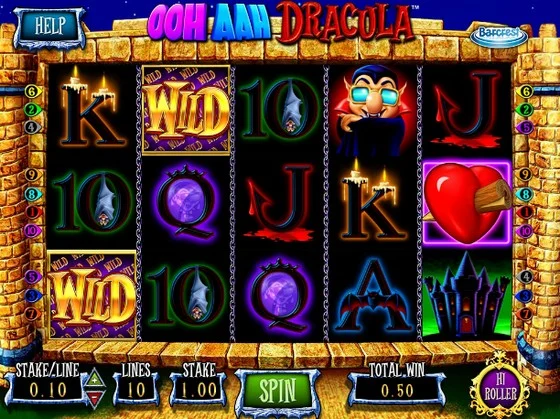 Ranked 5th in the top 7 WMS slots is Ooh Aah Dracula. This vampire-themed game features unique Stake It or Leave It Free Spins.

To explain, 3 Scatters trigger free games with one symbol automatically chosen to become Wild. If you land 4 or 5, you’ll be given one or two additional free spin rounds. After each round, you can collect your rewards or continue playing for bigger ones.

Each following round offers fewer spins but more Wilds, so it’s not an easy choice. To help you make the decision, the Best Strategy Indicator (designed as a skeleton arm pointing to a tomb), advises you whether to collect or continue playing.

Visit Regent Casino or Videoslots Casino if you would like to play this game. 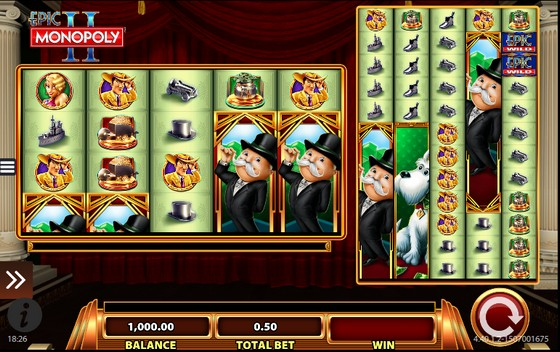 Number 4 on our list of the top 7 WMS slots is Epic Monopoly II. In this game, you have a primary and a colossal reel set placed on the right.

If four stacked Wilds appear on the primary reel set, a symbol transfer will be initiated, turning the corresponding reel on the colossal set completely Wild.

Scatters activate the Epic Wheel Bonus, awarding 500x bet per 2 lines, up to 20 free spins, dice rolls for the Around the Board Bonus, or Epic Chance bonus.

Free games play with expanding Wilds and the corresponding transfer, while the Around the Board bonus prompts you to roll dice to advance a certain number of squares. You’ll be landing on typical Monopoly positions and collecting various monetary prizes. 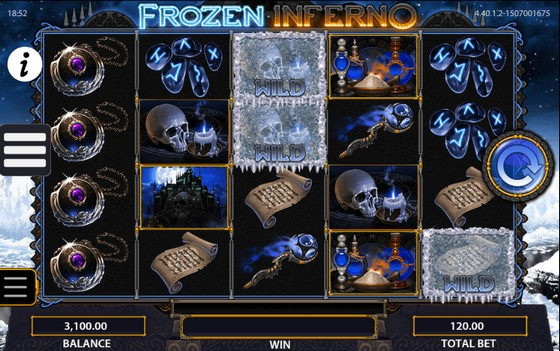 Third out of our top WMS slots comes Frozen Inferno. For starters, this game lets you select either the Frozen Wizard or the Inferno Wizard to load the respective base game.

Respective Bonus icons trigger unlimited free spins for up to 5 wins, with each winning combo turning one reel to the opposite base game’s reel.

Visit Regent Play, Mr, Green, or Videoslots Casino and give this game a go. 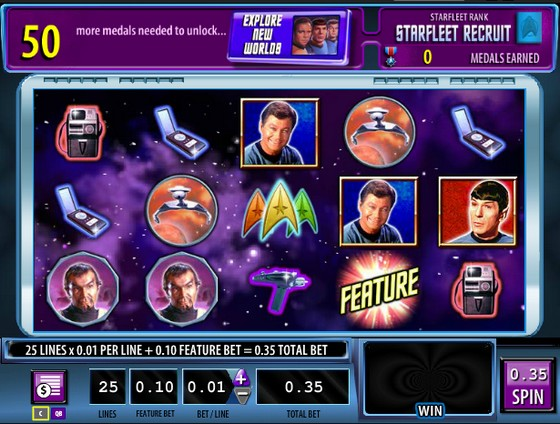 Star Trek Episode I is our second favoring WMS slot. WMS has produced a series of Star Trek slots, but you won’t be able to play them unless you earn the medals in the first one.

If you trigger the Red Alert feature, you will win one medal and an unlimited number of free spins with an increasing multiplier. Beware, though, as each non-winning spin destroys one of your shields (out of the 5 you start with).

When this happens, you’ll be offered to select between 2 communication channels. Revealing “Spin Till You Win” makes the reels spin until you score, “Shields to Full” will recharge your shields to 100% so you can continue where you left off, while “No Extra Spin” ends the feature.

The slot also comes with a win warp bet, which is an additional forced wager of 10x your line bet. It can appear at the end of any winning spin and award one of 4 random features: Rock Creature Multiplying Wild, Scotty’s Wild Reel, Spock Multiplier, or Enterprise Fly-By.

Trekkie or not, there’s plenty to enjoy here, so go earn your medals at PlayOJO, Videoslots, or EU Casino. 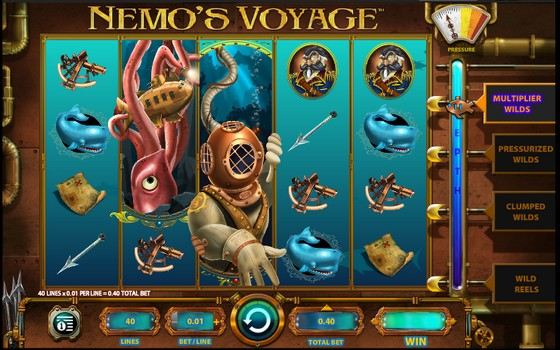 Nemo’s Voyage takes 1st place in the top 7 WMS slots. This highly engaging underwater adventure revolves around Nautilus’s journey to the bottom of the ocean and back up.

Traveling along the depth meter, the submarine passes through 4 different areas, each featuring a particular Wild behavior. The Multiplier Wild changes all standard ones into x2 and x3, the Pressurized Wilds which will clone over all symbols beneath them (as long as they can form winning combos), the Clumped Wilds which make adjacent positions go crazy, and, finally, the Wild Reels.

On top of these, you’ve got Scattered-activated free games, during which a giant squid will randomly rip out a section of the reels, turning symbols into Persisting Wilds that will stick around until the feature ends.

Dive and see what you come up with at Regent Play.

WMS Gaming, formerly known as Williams Gaming, was founded by Harry Williams in the 1940s.

The company started as a pinball manufacturer until it rebranded and proceeded with casino gaming device production in the 1980s. First, they created video lottery terminals and eventually reached the slot machine market.

WMS Gaming gained its popularity through a video slot machine, namely “Reel ‘em In.” This was the first-ever game that featured multiple lines and coin games that came with bonuses. The company’s name became even bigger once they started licensing brand names and using them as titles for their games (e.g. Star Trek, The Wizard of Oz, and so on).

However, not only did WMS use appealing titles, but also showcased a completely different level of technology and creativity. Say, when Glinda is about to appear in the Wizard of Oz you hear a quiet rumble, then the display becomes a bit blurry, and finally, as she travels from one side of the screen to the other the sound travels with her, creating a 3D sensation in your ears.

What is special about WMS Gaming is that they care about all of their customers. To accommodate older players, for example, they still produce versions of their games that have fewer features. When it comes to younger players, meanwhile, they go the extra mile to make their games extra challenging and innovative.

8 Best Other Online Slot Providers to Try Out

Loving WMS slot games? Here are 8 other online slot providers to keep an eye on:

Do you still have some questions regarding WMS slots? This section of the most frequently asked questions on the topic will probably answer them:

Apart from the obvious – creating an amazing experience for the players – the company values accommodating all of its customers. Starting from old players all the way to new generations, WMS Gaming ensures that it has something for everyone.

#3. What’s the WMS Slot With the Highest RTP?

Raging Rhino is the WMS slot with the highest RTP (95.90%). The game features 6 reels and 4 rows. To win, you should get 3 of the same paying symbols on adjacent reels beginning from the reel on the far left.