Royal Crown Remastered slot by BF Games is a typical classic slot bearing numerous juicy fruits, sevens and bells and when falling right, they can deliver wins of up to 12,500x your stake.

As the name suggests, this popular video slot has been remastered at some point to deliver a more modern look and feel, all without removing the elements players have come to know and love.

The 5×3 setup offers wilds, expanding wilds, re-spins plus wins from left to right and right to left.

A gamble element is also thrown in to offer more thrills and more ways to win however, this is based on a turn of the card and doubling your initial winnings will always be a 50/50 chance.

The betting range suits both low stakes and high rollers with spins starting as low as 0.10 and reaching the maximum of 200.00 a spin. There are fourteen different value spins to choose from via the bet box on the control panel, and this makes choosing a bet level a breeze.

Once a bet value is set the next step is to choose whether to play manually or automatically. Auto offers a more laid-back style of play with 10, 20, 50 or 100 spins available at your current bet level. A loss limit is required before autoplay kicks in and there are advanced options such as a single win limit, when either is reached the autoplay feature stops.

All paying symbols generate wins on at least a three-of-a-kind combination. Maximum wins per symbol (as stated below), are based on a five-of-a-kind on maximum stakes: 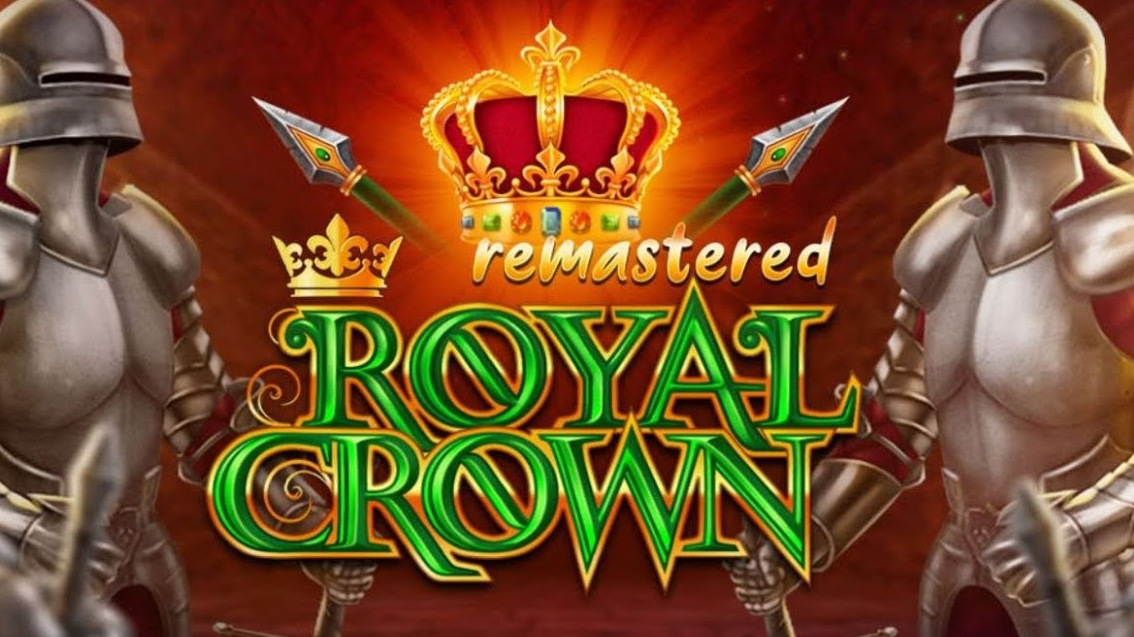 The crowning glory of this slot is not the win both ways mechanic, nor is it the stacked symbols, but the re-spin feature.

Land a crown icon on any of the 5-reels and it will instantly expand to cover the entire reel. The corner being wild will then substitute for all other symbols in a bid to help create a winning combination.

Once wins have been evaluated (if any), the crowns will stick to the reels for the next spin.

When you take your next spin – paid for a spin, the wild crowns remain locked in place offering another shot at spinning in a wild substitute win.

If your bankroll can sustain loss after loss, Royal Crown Remastered just might be the slot game for you.

Wins are certainly few and far between meaning those with a set small budget may see their bankroll run dry long before a win arrives. When a win does eventually turn up, it could be huge, but notice how we use the word ‘could’.

There are no guarantees of anything when it comes to gambling. Wild crowns like to remain hidden for as long as possible and when they finally come into play, you’re not guaranteed a win here either.

You’d have thought the re-spin element would be a ‘free spin and win’ type mechanic, what with it taking so long to activate but alas no.

Royal Crown Remastered is a video slot game developed by BF Games. Other titles from this software provider include Book of Gates, Star Stellar and Stunning Cube.

When was the Royal Crown Remastered slot released?

What is the RTP of the Royal Crown Remastered slot game?

Royal Crown Remastered can be enjoyed on mobile and tablet. Device rotation may be required to play.

What is the variance of the Royal Crown Remastered slot?

The Royal Crown Remastered slot machine is classed as high variance. To give you an example of how volatility works, high volatility games pay out less often on average but the chance to hit big wins in a short time span is higher.

Royal Crown Remastered welcomes bets from 0.20 to a maximum of 200.00. The maximum win available as per terms and conditions is 12,500x.

Royal Crown Remastered offers a simple re-spin feature where expanding wilds are held in place for the next spin.

Royal Crown Remastered is what’s called a non-progressive slot. This means the jackpot is pre-set and can never be increased. Whether you play small stakes or high stakes, the value of that maximum win is pre-set at 12,500x.

Is there anything else that I should know about the Royal Crown Remastered slot?

When the re-spin kicks in, it isn’t a free feature. The crowns expand on the reel in which they sit and will only lock in place when you take your next pay for a turn.

Go ahead with Twin Spin by NetEnt. Twin Spin is a classic slot with 243 ways to win per spin! Three-of-a-kind is required to generate any sort of win but unlike Royal Crown Remastered, symbols can fall anywhere on consecutive reels to produce a win. Twin spin offers a syncing reel feature where every spin sees at least 2 of the 5 reels sync to produce the same outcome. Big wins can be achieved by all 5 reels syncing to produce the same symbol – that’s 15 matching symbols.