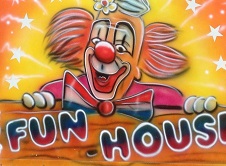 OK, this article will not give you very much….except some useless gambling facts with which to bamboozle your friends as you reveal to them some little known, largely irrelevant, but unique, facts about gambling. All games have a history and trivia associated with them, and this is true of gambling. Gambling has a well-known and rich history, but it is nonetheless intriguing, and any trivia lovers reading this article will much appreciate the information they gain from reading on….

So, let us take a look at some little known facts about gambling (sure to come up in those most obscure of quizzes, the pub quiz of course!):

Firstly, were you aware that the Kings in a deck of standard cards are actually meant to symbolise real-life people? Honestly, it is true; the Kings are not just cardboard cutouts, not just pictures drawn on a whim, no, no, no! In actual fact, the standard deck of cards was created in the country of Gaul (-France in modern speak) during the 15th century A.D., and the person who designed the original deck modelled his new design on historical figures throughout the ages. For example, did you realise that Charlemagne is actually synonymous with the King of Hearts? Or, that Julius Caesar is depicted by the King of Diamonds? Similarly, Alexander the Great is actually the King of Clubs (or vice versa, dependant on your point of view!). And finally, King David, of biblical fame, was originally the man behind the King of Spades.

And, not only do the kings represent people, but also different cultures are also represented in modern-day packs of cards. So, the different suits within a deck of cards actually symbolise different world cultures, cultures that had a significant influence on the modern, developed, world- before the 15th century, when standard packs of card came into existence. And the suits of Spades, Clubs, Diamonds and Spades represent respectively the cultures of the Middle East, Greece, the Roman Empire and the Holy Roman Empire.

Had enough of cards? Then let us have a look at the humble fruit machine (or slots, as current vernacular dictates). OK, where you aware that in some states in the USA have ruled that slot machines are illegal and that legal ramifications exists for those who play slot machines and those who provide them? That’s right, some states in the USA do not allow any forms of gambling, meaning that even those age-old entertainment centres that are fruit machines incur punishment for use! I wish I lived in the land of the free too! (Good job irony doesn’t exist in the US). The only way that a slot machine can be owned legally in certain American states is to adhere to strict laws, such as non-commercial use; in such instances the machine needs to be classified as an antique, meaning it must be aged 25 or over, and be for display purposes only. If an individual or company is found to be using a slot machine illegally, without the necessary permit, then the person or company runs the risk of a heavy fine and severe sanctions. Sort of ironic considering that the slot machine was invented in the USA.

And finally (drum roll please), were you aware that the act of gambling more than likely pre-dates all documented history, that means it goes further back than even the hieroglyphics of the ancient Egyptian world! Examples of gambling exist in almost all documentations of ancient civilisations. Whether gambling was in existence prior to the beginnings of human documentation (or writing as we call it nowadays) is anyone’s guess, but an educated guess would be that it most certainly was- although the people who organised the gambling in those days probably found it really easy to rip their customers off as there were no written records, only verbal contracts….and we all know about the worth of the paper that’s written on….

Finally, did you know that the act of gambling might actually predate documented history? In fact, examples of gambling appear in all civilizations as long as people have been able to write things down. Whether it existed prior to the act of writing however, is anyone’s guess.