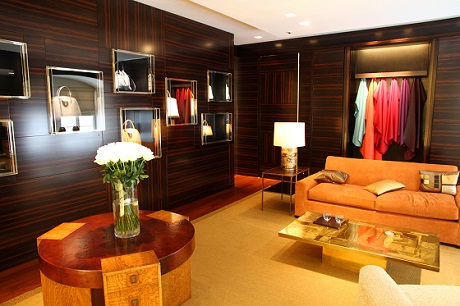 “Life in the Day”? Shouldn’t it be “Day in the Life”? I think not. My English teacher told me years ago that he thought it should be the other way around. You spend your time reading or listening to someone’s account of a particular day, and then you feel as if you know the person: you feel as if you can know their whole life from their account of a single day.

Plus, I only lived the high life for a single day, so the real saying wouldn’t have even worked! For me, playing the high roller lifestyle was a once-in-a-lifetime-opportunity. There is a chance that it could happen again, but with my luck, probably not?

So, what happened that led me to the high-roller lifestyle? I won the lottery!

Like any sensible person, I decided I’d put the money safely in the bank…but I’m not sensible, and that was only a thought. My bank account is quite healthy, and I live a decent lifestyle. Did I really need this money?

It dawned on me that what I really wanted to do – and it is something I’ve wanted to do for a  few years – was go to the casino and just spank a massive chunk of money in a single night.

Being the lazy slob that I am, I didn’t want to visit the actual casinos – partly for the embarrassment factor too. Those croupiers would quickly learn that something was up; I don’t belong in the VIP lounge. I don’t have the manners or sensibility for that. No, I was going to spend it all in a single night, from the comfort of my sofa, and on a casino website.

Not only that, but I was going to join the VIP section and see exactly what happens when you’re part of the club. Is it all it cracked up to be? Or just hype? This was my time to find out.

Oh, but I was nervous. I didn’t tell anyone about the £20,000 win. Can you imagine the conversation?

Me (with rabbit in headlight eyes): “Hey wife/husband/parent/friend, I won £20K on the lottery”

Them (eyebrows raised in suspicion, slight hesitation in voice – they know what I’m like, after all): “Cool, you can do something really sensible with that money”

Me (cocky air of arrogance, which is really just stupidity): “Nah, I think I’ll p**s it up the wall at an online casino”

And then they huff off into the distance, not to be seen for a few weeks while they cool off at the absolute ridiculousness of my behaviour…in their eyes. And that’s why I didn’t tell them. No way is anyone ruining this for me!

This is my story about how I gambled £20K in the space of 48 hours at the VIP tables, and man, it was awesome! The high roll lifestyle is amazing, and I’m not surprised there are so many whales in the game. If I were a billionaire, I’d be the fattest whale at the table. The thrill of big spending is almost as good as the feeling of a big win!

First things first. Part of the reason why I wanted to gamble it all at once, was a recent invitation from my favourite casino to their VIP membership club. This isn’t something they offer to just anyone, and I was desperate to try it out. The lotto win came just at the right time for me.

Because this was a once-in-a-lifetime thing, I decided to treat myself to the best VIP treatment, and opted for their VIP Platinum Membership…but damn it! It wasn’t meant to be. To get into their top-tier VIP structure, I’d have needed to pass £750K through the casino already (including bonuses, so it’s not as bad as it sounds). No, I was invited to the bog-standard VIP section. It’ll be a while until I move up to gold, and I doubt I’ll ever reach platinum.

Still, the invite meant that I could opt for their good old no-frills VIP. Even though it doesn’t sound as flashy as “gold” or “platinum”, it’s still infinitely more awesome than the plebe version of the site I was used to playing.

Well, it was definitely worth it – even if just for the VIP welcome deposit; the wagering requirements are fantastic, less than the average levels for the non-VIP section. They keep the exact details quiet until you’re invited, so I’m not going to give too many details, but the bonuses are very fair, and more than enough to let me experiment, and to help keep me playing into the wee hours of the morning.

OK, so at this point, I’d just deposited my first chunk of cash and I had A LOT of cash to play with.  So, first things first, how is the VIP section any different to the main site? The first thing I noticed was the prize draw giveaway. On this particular day they happened to have a Sony Bravia 85XD8505 – if you don’t know, this is a top-of-the-range LED 4k TV. They cost £10k in real life (because, let’s face it, this isn’t really real-life), so winning that would’ve meant getting something tangible for my lotto win. 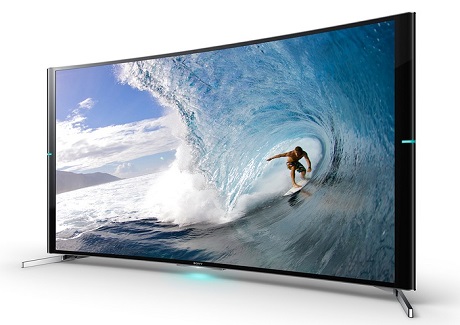 not a bad incentive..

Plus, hello?  Have you seen this TV? It’s awesome. My friend has the smaller version and it’s his pride and joy. My other friend joked with him about poking the screen and he said he’d literally kill her if she did. That’s how special they are…oh, and I’m a Sony fan boy anyway, so yep I wasn’t going to miss out on the chance of winning it.

That done, and my excitement was high. The dopamine was pumping, and for me, that means one thing: I wanted high speed, fast play,  big-risk fun. So where better to head than the slots?

Naturally, I went straight for the biggest jackpot, which on this particular day happened to be Treasure Fair and it had a £350k jackpot: mine!

…or not. I had a brilliant time on the slots. I was maxing bets and lines, gambling £100 spins at a time.

Now, I’m going to be honest here. I only deposited £5k (listen to me! I win £20k and now £5k is peanuts! Only 5k! Spoilt). This is because I’m not completely stupid, and I’ve read a few bad reviews about their withdrawal process. I’ve also experienced it myself in the past, when I had quite a big win, they really dragged their feet on the withdrawal- it took 3 weeks, and they asked me all sorts of personal questions.

That does make sense, because it is possible to use gambling sites for money laundering purposes, so when you’re passing too much through, they will carry out some rigorous background checks. Fair enough, but a pain if you just want your money there and then. Plenty of people second guess and assume the casino’s withholding money because they’re going to dispute the win and keep the money. That’s not the case. I guess it could happen, but usually it just means they’re being extra careful with their legal requirements.

So, yeah, I gambled a good couple of K in a couple of hours, really using up the adrenalin and excitement of the whole experience. I was down, but I’d had some decent wins. Now, it was time to take the edge off, pour a little whisky (25 year old Glenmorangie, not wasting that by adding rocks!), and move on to the live blackjack rooms.

This is when the VIP treatment really felt like it was kicking in. The IRL chat box popped open and my account manager was there, coming to see how I was enjoying things. Well, I tried to play it cool, but I’ve never had VIP treatment before. My fake James Bond facade slipped straightaway, and instead I just typed “Fine, Edwin. Thanks”.

Accent back in place, and I’m just talking to myself at the live blackjack tables, while chatting to my VIP account manager, Edwin, in the chat box. I liked this extra touch. Having my own VIP m person makes me feel special – like a Very Important Person, you might say.

Most of the VIP games are the same games as the non-VIP games, so I’m actually taking the plebes’ money with my VIP blackjack skills. I’m part of the 1%, beating the poor people (at blackjack. This isn’t Les Miserables) and taking all their money…yep, I was cleaning up. They don’t call me “Chipmaster General” for nothing. No siree, I was winning hand after hand…

…at least in my James Bond fantasy I was. In truth, I’m not the world’s best blackjack player. This is why I avoided the VIP-only high-stake tables; that would have been a blood bath, I’m sure.

I decided to transfer some money over to their poker rooms but as soon as I started playing, the best players at the table would stick to me like glue. They’d try to stay on my table as long as they could. I was their prey and their bounty was my lotto win. Ultimately, it meant I had the heaviest losses at the poker tables, and coupled with the earlier slots’ games,  I only had £1k left.

Sniff, Sniff…was that the smell of regret? Nope! Not yet, anyway, because at that point my email pinged. It was my first invitation to one of the VIP events. A VIP Twickenham experience, watching whoever was going to play England in round three of the 6-nations. Whoop! Yes! I WON…best news of the night…

…until, I realised it was an invitation. You don’t win these VIP events. You have to pay for them. They’re just things that most people don’t have the opportunity to buy. The only “Sniff, sniff” now was the sound of my snuffles, because I couldn’t go. I might have shuffled things around if it was free, but by this point, I’d confessed the lottery win to my partner, and the remaining £15k was now earmarked for house upgrades. 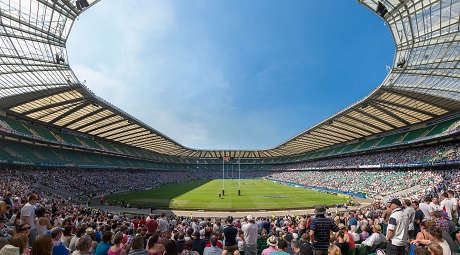 So, I had £1k left. What would I play next? After getting spanked at the poker tables, I thought it was high time for an easy game: roulette, then. I decided to take advantage of the opportunity and go for the VIP-only high-stake tables; £100 spins it is then.

Was it worth it? Some people would say no, but I think it was. I spent £5000 on a single night of gambling and I got to experience a little bit of what it’s like to be a high roller. Yeah, £5k isn’t much if you’re a billionaire, but it was a massive rush for me. I know why so many of the super-rich spend so much on gambling. The thrill is instant and intense.

The VIP experience is fantastic,  too. There are loads of special perks for VIPs at my casino. It genuinely gives you a buzz to feel special, and the high-stake games are the best way to spend big bucks quickly, which is, of course, the thrill: dat dopamine rush. I could have played it all in a couple of hours on the roulette table and had the biggest buzz ever…next time, maybe.

Overall, yes. If you get the chance to do this without feeling as if you’re wasting money, do it. It’s fun!

(Disclaimer: this story is for illustrative purposes only).