Wonder Woman has been fighting crime since she was first drawn by a comic artist called Harry G Peter in 1941.

This Wonder Woman slot machine, first released in April 2019, brings her into the modern slots world as part of a series of tie-ins with DC comics, no doubt helped along by the portrayal of her by Gal Gadot in films since 2016.

Playtech are giants of the online video slots world – perhaps comparable to DC in the comics and superhero world – and have delivered a high-budget, high-production-value game featuring a battle between Wonder Woman and Cheetah with three base-game features and three versions of the free spins game. A jackpot game opens up a sort of progressive jackpot feature.

Wonder Woman slot machine is a 5 by 4 game, with standard set-up and giant-sized character symbols.

Should you join the battle against injustice and crime with the person that Diana Prince becomes when she gets angry?

Let’s have a look in this Wonder Woman slot review!

Visit these Playtech casinos to play Wonder Woman for free

Wonder Woman slot is a high variance game. That’s relatively unusual. It should mean that the game pays out larger wins but does so relatively less often. This is a long-term measure and is unlikely to be all that observable to casual players. What does stand out here is a low theoretical return to player of just 95.34%. OK, so this is another long-term measure that records how a game is supposed to behave over its lifetime, and Wonder Woman has a progressive jackpot of sorts that normally reduces RTP, but most games these days are up in the 96% range at least and that will register with some players.

There are 30 pay lines running across those 20 symbols on the screen, and you can play this game on mobiles, tablets and desktops that allow you to run JavaScript and HTML5.

How to Play Wonder Woman Slot 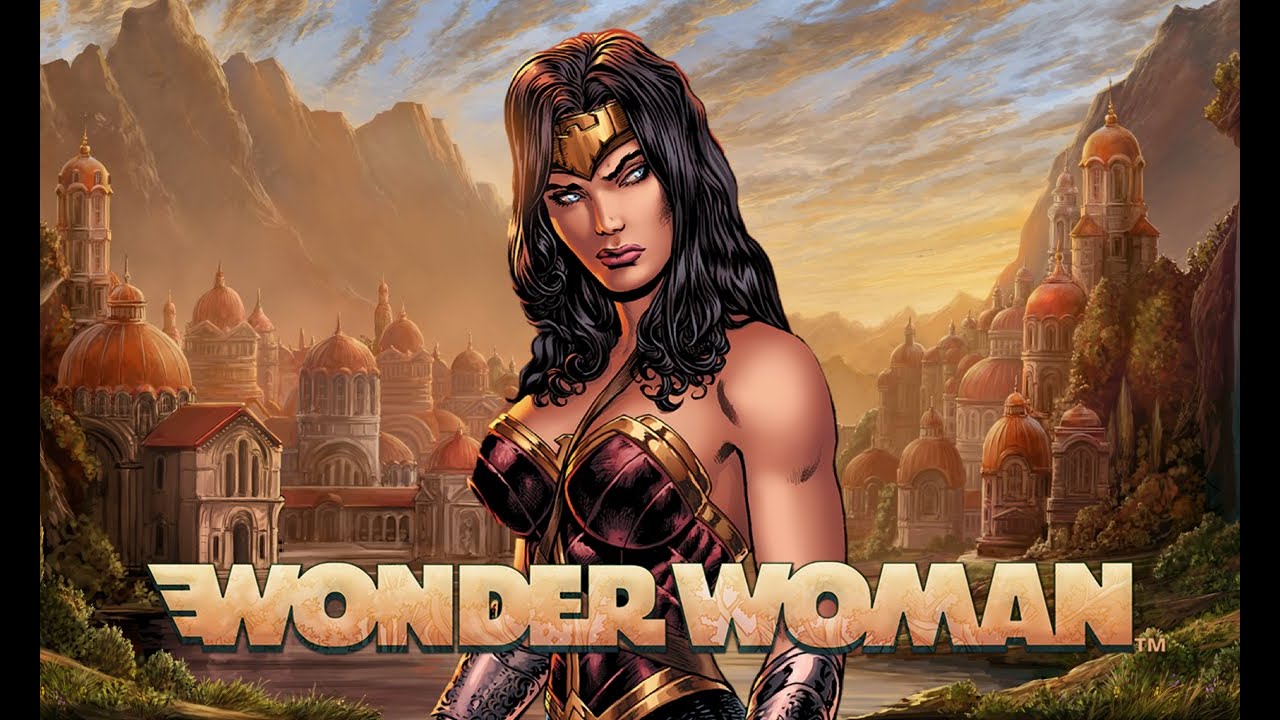 The game is fairly traditional in set-up and the controls look like a mock-up of a real-life cabinet game rather than the more modern style of representing them as floating symbols in a strip.

What you see is very up-to-date though.

On the left is the info button that opens up the paytable. Then there’s a pay lines window – which always says 30, so that’s a bit pointless. The total bet window is where you control the betting, with a non-linear scale you control with plus and minus buttons.

The wins show up in the central window.

To the right of that are the autoplay and turbo modes. Autoplay delivers up to 100 spins, with the option to set an event – maximum loss, for example – that will stop the sequence automatically. Turbo mode just spins the reels more quickly.

Finally at the bottom right is the purple spin button.

The wild is the Wonder Woman symbol, and it pays 20, 60, and 250-times stake. It stands in for everything but the scatter, bonus symbol.

The scatter bonus itself is Wonder Woman and Cheetah facing off and it triggers free spins.

During the game, there are three features.

A Fire Wild – the wild symbol on fire! – turns all high win symbols into wilds.

Wonder Woman stacks as a wild and this on any reel trigger a respin game that can be played in both the base game and the free spins game.

Barbara symbols on the first and fifth reels turn all high winning symbols into Cheetah.

The Free Spins games are triggered by scatters. Two scatters open a chance game with a wheel that awards a game: Wonder Woman, The Cheetah, or Fire Wild.

Cheetah free games have high-value symbols that turn into Cheetah symbols for the remainder of the round. The feature retriggers if a high win ends the round or if scatters appear again.

The jackpots are randomly triggered by any spin in the base game. This opens the DC Jackpots game, in which players pick random symbols in order to win a mini, minor, major, or grand progressive jackpot.

Wonder Woman slot machine is a good game. That DC linked jackpot will bring in a lot of players, as will the attractive design that makes the most of one of the most popular comic book heroes in the DC Universe.

The gameplay is good, with lots and lots of variation, and good quality animations and features.

The RTP is a disappointing part of having to pay into a progressive jackpot, but players accept that that’s how the system works. There are some poorly written or translated sections of the help guides that need looking at, and hopefully, Playtech will get on top of that as the game updates.

We enjoyed this superhero adventure and suggest you get costumed up and fly off to your favourite online casino site to battle with it now!