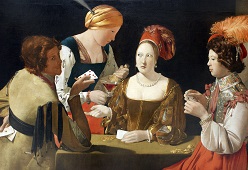 As in the game of roulette, blackjack has always been a game that has been studied in order to find weaknesses to exploit in order to con casinos and other gamblers out of their money. Whereas card counting has never been considered cheating, using a computer or teams of people most certainly is.

In 1977, Ken Uston installed 5 handheld computerised devices in the shoes of his accomplices, and via a method of counting, won hundreds of thousands of dollars within the space of a couple of weeks until the point when one of the casinos seized one of the shoes. The FBI concluded that the computer functioned by using public information and this, therefore, exonerated the players from accusations of cheating – essentially because the information they were working with was in the public domain. Nevertheless, Uston’s team was blacklisted with 7 different casinos in Las Vegas.

Refusing to accept his place on the blacklist, given that nothing he did was illegal, he pursued a court case against these casinos for infringements on his civil liberties. His body was found in a Paris apartment in 1987, no reason was discovered for his untimely death…

The computer, that was affectionately called George, functioned by way of vibrations and pulses in the same fashion as Morse code: the principle of card counting is simple, add or subtract a unit for each card drawn, thus making it ideal for these kinds of scam.

Another method of cheating in blackjack is to play in a team, in the same fashion as the famous MIT students; the film ‘21′ was based on their exploits. The gang managed to take down several hundred thousand dollars by hitting a series of casinos in the Vegas strip before finally being run out of town.

As online casinos exploded in popularity at the turn of the century, groups of players emerged that used perfect blackjack strategy combined with free sign up bonuses to hit the burgeoning casino industry for tens of thousands of dollars.

They noticed that by playing blackjack using a basic strategy they were able to clear the wagering requirements for cashing out the bonus without losing their bankroll. For the first time, the edge was with the player and not the casino. Unfortunately for these bonus hunters, casinos soon got wise to these tactics and now blackjack and other games with slim house edges no longer contribute towards the wagering requirements.

And yes, the iPhone can be used for everything! An application, costing $299, has been developed under the name ‘Blackjack Card Counter’. Specifically, this software allows the person using it to follow the count of the deck by tapping ‘+’ or ‘-‘ on the touchscreen of the phone. This software is definitely classified as cheating if you use it in a casino and being caught using it can land you a prison sentence. Nonetheless, certain individuals are known to be using this software either for themselves or with the help of an accomplice.

The software has a definite positive advantage though, even if it is illegal to use it in a casino. The technology allows people to learn how to count cards and will also help you memorise basic strategy so well worth the investment, although perhaps not at the nearly three hundred dollars asking price!

Having joined our team in 2021, Rhonda Wilson is our newest team member. She discovered her interest in blackjack in 2006 and has written blackjack reviews for several gambling sites.