The click of the roulette ball and the croupier’s calls are the soundtrack to many a fantasy version of gaming, from movies to real life. Roulette is now more available than ever before. Not only can you play computer simulations of the game online, but you can also now play the game for real streamed via a live casino site.

But you need to know what you’re doing, particularly on live sites.

This guide will get you started on live roulette safely. 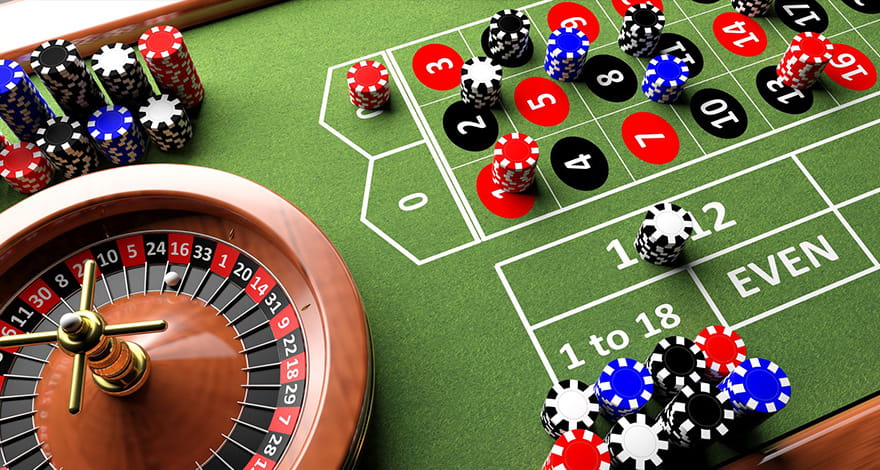 The roulette table looks tempting, but which one is it?

Roulette has several versions and you need to know which one you’re playing. While they’re all related closely enough to make skills at one transferrable across the board there are differences in value and in the available betting options.

If you’re not carrying an odds table around in your head just remember that the safest bets are the ones covering the most numbers, with red/black/ or odds/evens a good place to start.

Roulette cannot be gamed. The only potential way of predicting the game – if it is played fairly – is with the incredible observational skills and physics knowledge needed to spot any possible physical ticks that the croupier has that may have an influence on where the ball lands. It’s random! Bet safely, and play for fun.

A wheel of numbered and coloured slots is set spinning after players have placed bets on where the ball will land. A ball is thrown into the wheel. After the ball lands in a slot, bets are paid out by the croupier.

The first two are the most common, and European is the better value. French roulette is basically European roulette but with a couple of variations on betting and in terminology.

In European roulette, the reel has a single zero, with zeroes meaning lost bets.

With En Prison bets lost on zero players can reclaim half of their stake or leave the bet to ride, the bet is converted into a bet on zero, returning the player’s stake in full if it hits.

With the La Partage rule players automatically keep half of their stake if they lose on zero.

American roulette has two zero slots. This automatically decreases odds for players. You can bet on zero.

French roulette has two zeroes, one coloured one and one black, so they trigger the En Prison rule for Pair, Manque, Impair and Passe bets.

Betting on the board

The wheel sits next to a board on which the bets are placed.

Bets are placed by putting your chips – or instructing a croupier to place your chips – on the number, numbers, or combination of numbers you’ve chosen.

French, European, and American boards have different layouts to reflect the slightly different bets they offer.

Safer bets include sets of a dozen numbers, or the first 18 numbers or the highest 18 numbers.

Betting Jargon in Roulette for Beginners

A street is a bet on three numbers in a row on the board.

The bets laid on the inside of the board are called inside bets, and they have longer odds, so they’re riskier, but you might win more.

Those laid on the outside of the board are called outside bets, are lower risk, with lower prizes.

Online roulette brings some new rules to the game.

First of all, we recommend that you use simulator games in the first instance. Simulators can be played on demo mode. Live casino games cannot be. Demo mode allows you to try things out at no risk for yourself, you’ll have to verify your age, possibly with a payment method, in order to play like this.

Live tables are also usually more expensive to play at because they’re using live staff to deliver the game. Live staff are more expensive to pay than algorithms and knowing what we know about online casino sites when they can get an AI version of live casino staff they will sack all their dealers and use that.

Safety should be your first consideration whenever you play any online gambling game. You must only ever play games for real money at a site licensed by the UK Gambling Commission. Check the licence on the UKGC’s website.

Make other checks on the site before you hand over money, and never try to get around or subvert rules that stop you from using a site, including lying about your age – you will lose out in the end.

Gambling can be addictive, so make sure that you’re aware of your behaviour and how to look out for problem gambling warning signs. All gambling sites have to offer links to organisations offering advice and support for problem gambling – a few minutes reading that advice could be the best investment you ever make.

Live online roulette opens another slightly different set of problems for players. There is a temptation to form a parasocial relationship with online dealers. It’s no secret that online casino sites are using the most attractive staff they can find, and asking them to dress in a certain way – the titillation is being dialled right up. Always treat online casino staff with the same respect that you would like to be treated with yourself. But don’t think you’re in a relationship with a member of casino staff – they are doing a job, and you need to make gambling decisions with a clear head and for the right reasons.