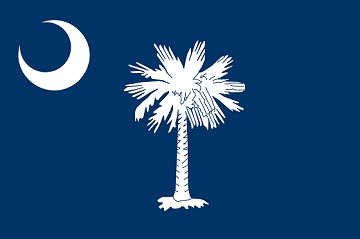 South Carolina is one of the most regulated states in the US when it comes to gambling. There are only two legal casinos in the state for gamblers to enjoy, as well as a mere 600 gambling machines and 30 tables to choose from. This is quite unlike other states where gambling is completely legal or even encouraged.

Even tribal gaming is strictly regulated or prohibited by law. This includes casinos built under native land that is outside the official legislation and control for South Carolina Gambling laws.

An alternative to casinos and gambling rooms is taking a Riverboat Cruise ship. This charted experience includes dining and live entertainment, as well as allowing users to safely gamble in a completely legal environment. These cruises range anywhere from two to three weeks and can range from a few hundred to a few thousands of dollars per ticket. 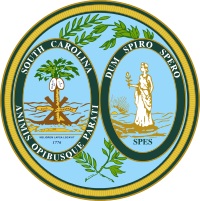 The only forms of gambling that are legal in the state of South Carolina are lottery and bingo. Lottery and bingo are usually run under the pretense of helping non-profit groups such as religious or community organizations. These events are tightly regulated and controlled and carry hefty penalties for people who infringe upon the state’s legislation. Fines of up to $10,000 can be imposed or even a lengthy jail sentence if one is successfully accused of foul play.

The organizer of a charity or bingo event in South Carolina first needs to go through a lengthy approval and vetting process to ensure that their event is legitimate. If an organizer has been convicted of a serious offense, they could be barred from ever running an event in South Carolina, especially if it is an offense Involving fraud or embezzlement.

It should be noted that there are some laws in the process of being passed by Palmetto State, but these have so far not been successful in ratified.

Any form of gambling house or facility in South Carolina is banned in the state. Anyone who is caught gambling, or found to possess gambling paraphernalia could face a jail sentence or face an infringement notice of up to one hundred dollars. Other states in the US may allow tribal gaming, which is run by the natives of the land, but this is strictly prohibited in South Carolina.

As stated previously, the only avenue for gamblers is to participate in a casino cruise, which takes place up to three miles out of international waters. All participants of a casino cruise must be 21 years or older.

Horse Track Racing is also banned in South Carolina with the exception of Springdale Race Course when the Carolina Cup and the Colonial Cup International Steeplechase event is held. There are strict betting regulations and rules in place during these events, and gamblers must be at least twenty-one years old in order to participate.

At the time of writing this article, Bingo is presently the only legal form of gambling, and only if its purpose is to increase revenue for a charitable organization. Bingo is overseen by the state’s gaming laws. Popular bingo games include Lucky Bingo in the province of Charleston, as well as Clover Bingo in the jurisdiction of Clover.

There are strict laws regarding Pari-Mutuel better in the state of South Carolina. Anyone who is indicted in this form of gambling could be charged with a misdemeanor or felony. The maximum penalty for is up to twelve months in jail.

Daily fantasy sports allows people to make a wager on fictional teams, and compete them against other users or the results in the real world. According to a General Bill presented by Hutto and Davis, which is also known as the South Carolina Fantasy Contests Act, would turn these contests into a form of legal betting, and would allow for regulation of those contests.

If South Carolina were to make Daily Fantasy Sports a regulated activity, it could lead to an increase in tax revenues for the state, lessening the deficit and providing one of the few means of legal gambling outside of boat cruises. The general bill would also provide the operators on the contest certain protections, as well as create a system of protections and penalties. The main point of this bill would be to exempt fantasy sports contests from prohibitions.

The proposition is being evaluated by a committee and other representatives within the insurance and finance sectors. Because there is little legal framework regarding gambling in South Carolina, things are expected to move slowly to pass out of the committee then move to eventual voting. The final step would be that the governor would need to sign off the law.