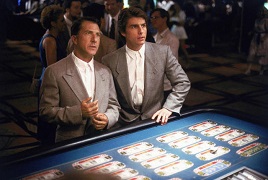 Blackjack has long been a dazzlingly popular casino game, and this popularity has continued with the explosion of the online gambling industry. It is an easy enough game to play, but like all casino games, it is ultimately a game of chance. It is important, when playing, to keep in mind a few simple essentials. The first is to always use what people refer to as ‘basic strategy’. This is the optimum method for playing any combination of hands in blackjack.  The advantage of using this is that it will reduce the house edge from between five and ten per cent to as little as 0.1%.  Like most casino games Blackjack is a game of mathematical probabilities and players must always search for ways to optimise their chances against the house. If you want to learn more about card counting basic strategy, then read on!

The first person to document the probabilities and techniques that make up basic strategy was Roger Baldwin in 1956. He managed to outline some basic recommendations for reducing the house advantage, but this was still far from being the best method. In 1962 professor Edward Thorp improved it. His book “Beat the House” was a best-seller in 1963. His techniques were so efficient that casinos began panicking and changing the rules for blackjack in order to counter his method. However, a positive for the casinos was that the game became even more popular following the publication of his book. Thus “Basic Blackjack Strategy”, sometimes referred to as the “Monte Carlo Technique”, was born and every serious blackjack player from then on would use it as their touchstone.  The key stepping stone that players must negotiate is to memorise what you should do in every situation.  For this stage, you should either use a basic strategy card (banned in most casinos) or follow some rules of thumb until the rules are second nature to you.

To help you memorise basic strategy it’s worth condensing it into the following format for quick recall:

Between 17 and 21 (including both numbers): Never hit, regardless of which cards the croupier has, you already have a very strong hand.

Between 12 and 16 (including both numbers): Never hit if the croupier has between 2 and 6, unless you have an Ace in the two cards that you have been dealt.

Between 9 and 11 (including both numbers): Always double if the croupier has between 2 and 6, otherwise hit.

Two 9s: Split if the croupier has between 2 and 6, otherwise stand.

Split two Aces: If the croupier has 6 or less.

Do try to memorise all the combinations below in the table below if possible. 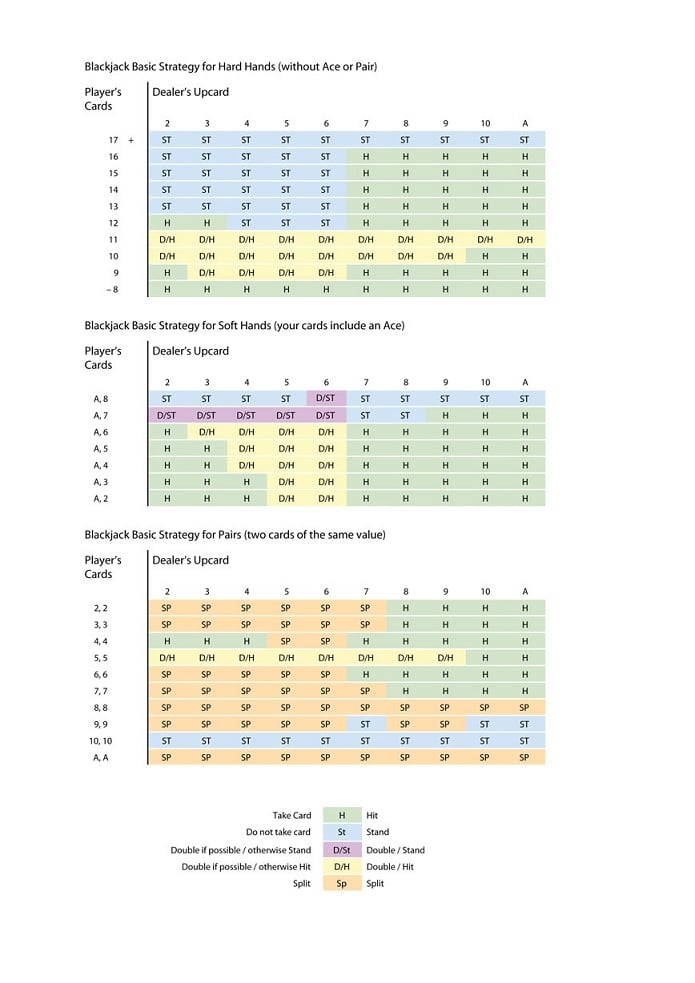 Card counting is a little trickier and can’t be done online unless you are playing a single deck game that allows lots of splits or multi-handed/ multi-player games.

The card counter must simply add or minus 1 and remember what the count number is. To practice take a pack of cards and turn each one over one at a time and assign their counting value to them; adding, subtracting or keeping neutral. At the end of the deck, the value of the cards should be 0. At the Blackjack table, a good card counter will choose the last position which gets dealt, so if the croupier deals from left to right, they will sit at the far right. He does this, obviously, so that he can view and count all the cards that are dealt. This system is really easy, and if you manage to master it you can obtain some really excellent results.

The principle is that a deck of cards that still has a high proportion of high cards (i.e. 10 to Aces) is good for the player, so if you have a card count of +1, the cards will be in your favour. If however there is a high proportion of low-value cards left, the advantage goes to the house, so if you have a count of -1, the cards are not in your favour. There are some more complex methods for card counting, which refine the probability even greater – but more on this another time!