Genies mean what you think it means: Another take on the Arabian Nights theme, usually – as here – filtered through the Hollywood gauze of the character as played by Robin Williams in the Aladdin film by Disney as far back as 1992 – is it really that long!

This Genie Jackpots slot game comes from BluePrint, a major player in the world of online gaming, who produce hundreds of slots and a load of casino games and other software. Like a lot of their games, Genie Jackpots online slot is part of a series, so if you like this one you can play on with other games.

Should you jump on this magic carpet though? Let’s take a look at the Genie Jackpots slot.

Genie Jackpots is an exciting and lucrative slot developed by Blueprint Gaming.

When was the Genie Jackpots slot released?

Genie Jackpots slot was released back in 2015. Till today Blueprint Gaming has released two more versions of this slot machine.

What is the Genie Jackpots RTP?

The layout of the Genie Jackpots is standard. The slot features 5 reels, 3 rows, and 20 fixed pay lines. The wins are formed by landing matching symbols on active pay lines from left to right.

Genie Jackpots comes with an Arabic theme. The main character is a cheerful genie that will take you on an adventure to the Arabic magic world.

Genie Jackpots is compatible with all devices including smartphones such as Androids or iPhones. This means that you can take your shot at the progressive jackpot wherever you are.

What is the Genie Jackpots variance?

Genie Jackpots is medium to a high variance slot machine. The base game will provide frequent smaller wins.

The minimum stake you can play with is 20p per spin and you can increase it to the max of £200 per spin. The slot can award up to x1,000 total stake.

There is no standard Free Spins bonus in Genie Jackpots slot. But there are two ‘pick me’ bonuses where you can win up to x1,000 total stake. There is also a randomly triggered bonus where Genie can award re-spins, wild symbols, and others.

Genie Jackpots comes with a progressive jackpot. The size of the jackpot always varies. But the biggest one recorded and won was £2,249,420!

Is there anything else that I should know about the Genie Jackpots slot?

You can have the shot at winning the progressive jackpot during the 3 Wishes Power Spin feature. Be careful what you wish for as if you reveal jackpot symbol, you can be a rich person!

Blueprint Gaming are based in the UK but are part of the German Gauselmann Group.

They actually have quite an interesting history that goes back to the 1950s, when the company’s founder set up in business as a jukebox operator, before pioneering luxury gaming arcades in Germany.

The company still has a major European presence and still produce a lot of real-life gaming machines that are played in the UK, Germany, and Italy.

This game is around the 13th most popular in UK casinos at the moment (writing in January 2019) from this developer.

Among their most popular titles – and there are literally hundreds of them – are: Diamond Mine, King Kong Cash, ted, Slots O’Gold, and Wish Upon a Jackpot. As you can see, the Blueprint range covers a lot of classic genres and styles in the online video slots galaxy. If you don’t like this game, but want to try out a Blueprint slot there are a load more other options to try.

The first figure in this game will be very familiar because it’s our old favourite the 5 by 3 grid on which our 15 symbols sit.

There’s also a nice ring to the theoretical return to player (RTP), which is 96.49%. That’s towards the top end of the market, but remember that this is a long-term measure of the game’s performance over a whole lifespan rather than the measure of a single session.

It is a medium volatility game, which means it’s in the middle of a scale that rates big prizes (high volatility) against the frequency of awards (low volatility).

That’s reflected in a relatively low – but life-changing – the top prize of 50,000 coins that can be won on 20 pay-lines with betting that takes in a similarly impressive range from 0.2 coins to 1,000 coins.

Please always check the top payouts, payout limits, and coin value at the site you are playing at.

You should be able to play this game on desktops, mobiles, and tablets courtesy of Flash and JavaScript tech.

This game has been around since December 2015 but remains popular and available in a large number of UK casino sites.

How to play Genie Jackpots Slot 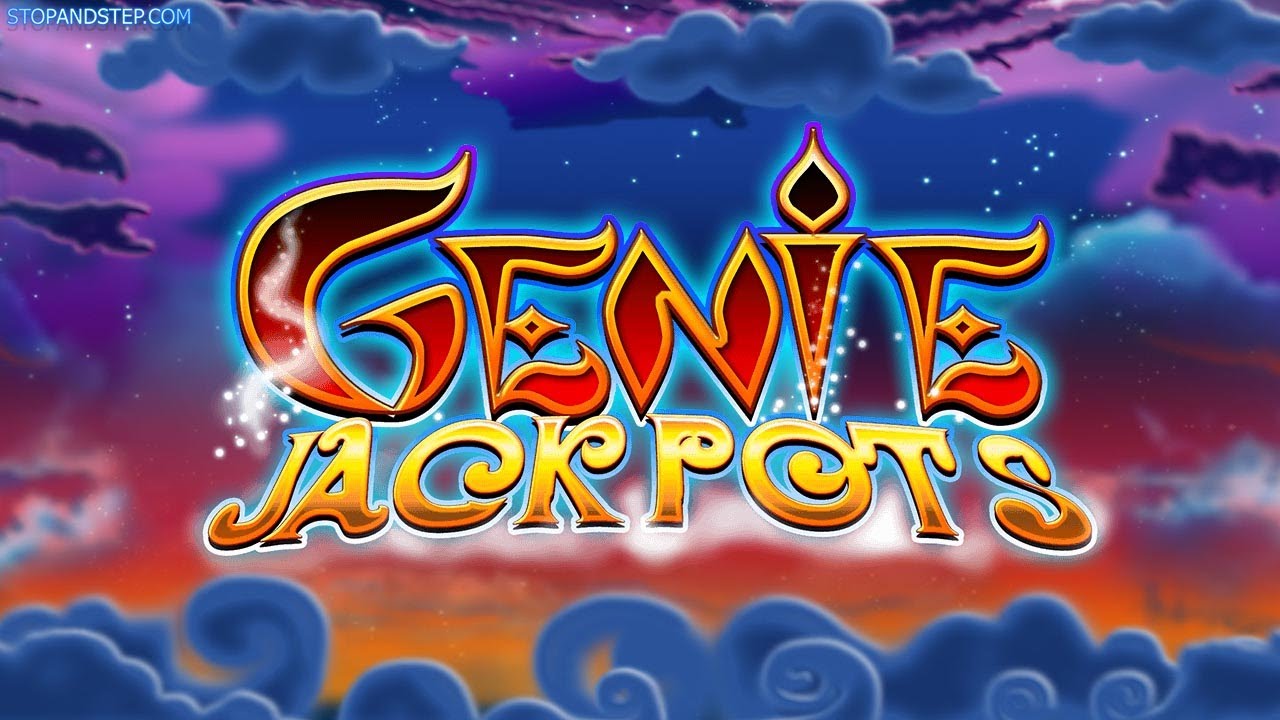 Some games are simple – you just press the button and watch the reels spin – but you could never accuse Genie Jackpots of that. In fact, if you were going to criticise this game it is for being over-complicated.

The bonuses in this game are where the meat is and there are a lot of them.

A 3 Wishes Power Spin is a randomly triggered bonus feature in the base game. Once awarded, the player who wins it will see a choice of three different lucky lamps, each containing a bonus prize.

These prizes are: Genie Wilds and Respins, which stacks the reels with wilds before respinning. The Genie Wilds All Wins Doubled bonus is fairly self-explanatory, with a 2x multiplier and lots of extra wilds. Infectious Monkey bonus, which sounds terrifying, puts the monkey on the reels, spreading across the reels as you spin. A bonus symbol awards one of the main bonuses. And a 5-of-a-kind symbol gives you a full-house win.

The Mystery Win Bonus is a trip to the Genie’s Cave with a possible top prize of 100x your stake.

Though there’s a lot going on in the instructions, this game is very simple to play.

It has the modern look, with the reels appearing to float free, and controls at a minimum. A gold lucky lamp acts as the spin button, while the only other controls are an autoplay feature (which is very sophisticated) and a Bet window, which allows you to set the total of your wager.

Easy to find your way around, though we do suggest you take a good luck at the full instructions before you play – as you should with all games.

However, this game is hugely complicated. You don’t need to know very much to play it, but if you want to be fully informed you do need to carry a lot of information around in your head.

If that’s your cup of tea – or lamp of tea – then you should love this game. The base game is simple and direct and looks and plays beautifully. If variety is the spice of your life then we’re happy to recommend a magic carpet ride to the Genie’s Cave at your favourite online casino site now.