What the hell is a Yggdrasil? For British English language speakers it’s a somewhat mysterious word that we might even struggle to pronounce. It’s a name you’ll need to say more and more often if you’re discussing the most exciting games and online casino software on the market in 2019.

Yggdrasil are now a massive deal in the software world.

If you’ve studied Norse mythology – or some genres of film and gaming – you’ll have come across the word before. Yggdrasil is a giant tree that is at the centre of all of Norse myth and legend – the gods meet there every day, dragons and eagles live in its branches which connect all the mythical worlds, and it features in poetry, fables, and stories.

So it’s a big deal to name yourself after this massive central trunk of your culture’s mythology if you’re in Sweden.

Yggdrasil are obviously ambitious, and they’ve lived up to that ambition so far. 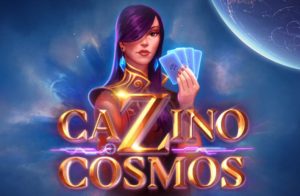 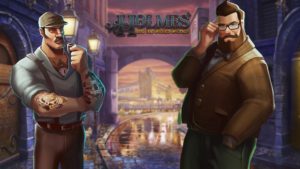 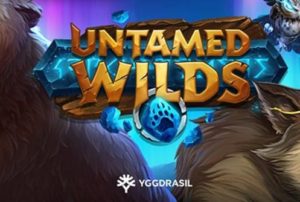 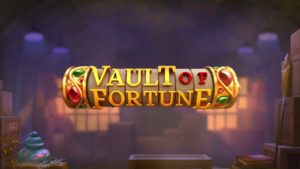 The games the company produces are hugely popular. Yggdrasil is one of a number of Scandinavian – and specifically Swedish – companies who are really pushing to the front of the world online video slots industry.

They’ve done this in the same way that a small group of Swedish pop writers and producers became dominant producers of hit songs: they produce a fantastic product down to the last detail and sell it very well.

Yggdrasil make slots, but they also make “solutions” for the iGaming industry. This is something that you should bear in mind as you read this guide – and as you play slot games.

When a company provides software or other services to the casino industry you are the product. The purpose of these products is to make more money for the casino site – your money. The products will attempt to deliver that outcome by giving you a good experience – making the site easy to use, the games enjoyable, and so on – but also by trying to maximising the time you spend on a site.

None of this is illegitimate. However, it is something that you should bear in mind as you interact with slots and casino sites.

Let’s take a tour around the world of Yggdrasil.

Yggdrasil was founded in 2013. The company is Swedish, but they list their current main address as in Sliema, Malta.

Malta is one of the epicentres of the online video slots and casino world. It is in the EU, and its regulatory authorities have a good reputation. However, the fact is Malta is also a relatively low-tax environment, and it has made a national business decision to make itself attractive to these companies.

The History of Yggdrasil

Yggdrasil was launched in 2013 and received its first licence that year.

In 2014, the company launched iSENSE, which is their development platform. This ended the company’s use of Flash. iSENSE has continued to evolve and go through versions and is now at the heart of Yggdrasil’s link up with independent developers.

And, they launched White Label Studios. This is a tie-up with independent games developers. These sort of deals are being seen more and more in the iGaming industry. They give the big companies an influx of fresh ideas and the best development talent, which they may have lost on the way to become giant, unwieldy corporations. It gives the smaller company a massive platform for their games and major earning potential. Hopefully, it gives you, the player, the best games.

In 2017 the company launched Yggdrasil Dragons. This is an open-door invitation to other businesses (or individuals) to pitch good ideas to the company.

In 2018 Yggdrasil announced YGS Masters, a similar open-door to developers who are allowed to use Yggdrasil’s tools to produce games that will be launched in conjunction with Yggdrasil.

The most important thing – without any exception – is to only use products and sites that are licensed.

Licensing is the short cut to safe play. In the UK you must never play at a site that is not licensed by the UK Gambling Commission.

Yggdrasil was granted its first licence in 2013, and now has a lot of them.

None of these UK licences have any sanctions on them, so Yggdrasil has been well behaved as far as the UK Gambling Commission is concerned.

There is a “Remote Gambling (B2B)” from the Gibraltar Regulatory Authority.

These licences are a great start.

The company also supports responsible gaming. There’s a limit to what Yggdrasil can do in this respect. But what they can do, they do.

Responsible gaming rules and gambling addiction are real and really important aspects of the way you interact with the games you play. Yggdrasil make sure that their games show all the information to players that they should, but you also need to be sure you’re playing on a casino site that offers good safe gambling support.

The ultimate thumbs-up comes from players. But the i-gaming and online gambling industries are as fond as any other at giving awards.

These are generally trade awards, that is, they are awards that reward companies for producing good results for other businesses in the industry.

However, they are a mark of a slot developer doing something right.

Five EGR awards. EGR calls itself the top networking body in the industry and is a business-to-business trade body. It also has four Gaming Awards prizes. These awards are run by the International Gaming Awards company.

The main part of Yggdrasil’s business is making slots.

And Yggdrasil has made marketing tools that help casino sites to sell their games or to get players to play them more often or for longer.

Yggdrasil also runs a partnership programme with other developers.

Let’s take a look through this business.

The company – which has badged itself in the most unsubtle way possible as interested in Norse Mythology – has made a particular speciality of games that use those legends as a backdrop.

They are (in reverse date order):

The Yggdrasil casino slate is smaller, it lists:

That gives us too many games to analyse in depths, but we’ll look at Yggdrasil’s most popular and most recent games.

The top titles in the UK market listed at our favourite industry audit site are:

Vikings Go Berzerk: A signature hit for the company, showcases all of Yggdrasil’s best facets: cracking graphics, animation, sound and presentation coupled with in-depth and novel gameplay. The 5 by 4 grid provides the usual something different from Yggdrasil, and the top prize is a massive 500,000 coins.

Age of Asgard: Another Norse-themed game with beautiful graphics and runic fonts focuses on the women of the Viking age. It’s also novel in its two-reel setup and comes with Yggdrasil’s trademark beautiful graphics.

Holmes and the Stolen Stones is a character-based mystery game, featuring history’s most famous fictional detective. It’s got a steampunk vibe, and a locally networked progressive jackpot to offer really big win potential.

Cazino Cosmos is sold on the basis of its multiple bonus features. There are wilds, expanding wilds, sticky wilds, random wilds, and an arcade-like collection feature. Of course, it’s an extremely beautiful game to look at.

Blood Moon Wilds is themed around Cajun culture and the legend of the Werewolf. It’s great looking, and in common with a lot of Yggdrasil slots features a secondary game that triggers via a secondary mechanic, in this case, a lunar calendar. Four bonus features in the base game alone – including a classic nudge – stand below a big free spins feature.

Yggdrasil has a busy release schedule. Its announcement of new partnership programmes is only likely to step up the number of games that come out of their HQ in Malta.

The most recent Yggdrasil slots releases are:

Yggdrasil also has games lined up at the end up 2019 and should be starting 2020 with Temple Stacks, an already-announced 243-betways game with lots of extras, and medium-to-high volatility.

Yggdrasil has released very few table games and is likely to add to these, including boosting its 3-d immersive offering. You shouldn’t be surprised – you’re a gambler, so you should never be surprised – if Yggdrasil come up with some live games in the not-too-distant future too.

We’ve mentioned that Yggdrasil produces products that aren’t aimed at you: if you’re a slot player rather than a casino site owner. These products are designed to add value to the sites that decide to host Yggdrasil’s games by making players choose them more often, play them for longer, and – and this is then backed up by the basic maths of the business – lose more money on them.

Boost is a suite of gamification tools. Gamification is a way to encourage players (or any other consumer) to consume more by making the process of buying the product more like a game. Even something as simple as a coffee-shop loyalty card that encourages you to complete a set of stamps to get a free coffee is a form of gamification.

In slot games, this means providing extras to casino sites in the shape of instant prizes in Yggdrasil’s table games.

These can be cash prizes or mystery prizes.

The Brag function was part of this set of tools. It encourages players to share a short video of their winning spins on social media. Maybe that’s fun, but the reality is it turns you into an advert for Yggdrasil’s games.

Where can you Play Yggdrasil Slots?

Our industry audit site lists their games at 368 casinos in 23 countries.

The top casinos for Yggdrasil games are:

We love Yggdrasil’s games. Reviewing them is always a pleasure because few developers have so obviously put so much effort into producing such high-quality products.

From the thumbnail images on, everything about Yggdrasil games is beautiful. Not many other developers come near to rivalling their aesthetic chops.

Yggdrasil games cover a wide range of genres, but sophisticated gameplay with novel and interesting features and lots of bonuses are a constant across most of their titles.

Frankly, we think Yggdrasil games should be much more popular than they are, and be considered an industry standard.

When it comes to casino tools things become more complex. These products are aimed at casino site owners, and their purpose is to make you play more (and spend more, and lose more). All we can say is that we’re glad that Yggdrasil are committed to transparency and responsible gaming, that they are fully licensed, and they can be trusted. We advise you to follow safe gambling procedures wherever and whatever you play.

Yggdrasil are still innovating with their new partnerships, bringing in new developers to produce sparkling titles like Lilith’s Inferno that are “powered by Yggdrasil” but have all of the smart new thinking of a younger design studio.

Yggdrasil seem likely to go from strength to strength, and it is likely to be a beautiful trip to follow.